What's true and not true about data and targeting in NationBuilder

After more than seven years working at NationBuilder, I’ve heard every misconception imaginable about NationBuilder’s relationship to data and targeted communications. A lot of those misconceptions are understandable, as data is a sensitive topic, and one that’s fraught with important concerns about privacy and security. It’s also a broad concept that can mean a lot of different things to different people, but the misconceptions I’ve heard generally boil down to one of two types: voter data and data gleaned from online activity. (Important to note up-front: NationBuilder only provides the former in the United States.)

This post is my attempt to provide a comprehensive, precise overview of how NationBuilder enables our customers to understand and use data to engage voters and supporters, as well as to clear up some common misconceptions.

As a concept in the public imagination, data has become a shorthand for a wide range of things—many of them with negative connotations—but ultimately both the effectiveness and the ethical ramifications of data boil down to questions of how you obtain it and how you then use it. We care a lot about both questions, and our product and expectations for our customers reflect that.

If you’re curious about data, targeting, and how NationBuilder thinks about them, these are the five most important things to know:

1. Our central product principle is: “own your own data”

NationBuilder was created on the principle that leaders must own their own data. A movement is built on relationships, and the purpose of building those relationships isn’t to enhance a commercial asset for a vendor or to benefit someone else’s cause or campaign—it’s to build your movement’s capacity and momentum. So when we say “own your own data,” we mean that our customers’ data is theirs to take with them, and that it will never be shared with others against their wishes. It also means that we take seriously the right of individuals to have their privacy respected and to determine what happens with their own data, which we facilitate with our suite of advanced privacy tools.

This principle also implicitly says something about the kinds of data we believe are valuable in our software.

2. Data in NationBuilder is about relationships and action.

It is absolutely true that NationBuilder is intended to help organizations unify a lot of different types of data on one person into a single profile. But it’s helpful to understand what that actually means in practice.

It is possible to match an email address, membership record, voter record, social media handle, etc. into a single profile in a NationBuilder database, but it can only happen in four ways:

That’s it. We don’t have a central repository of identities or appended voter records that you can access, because our model is that each customer brings, builds, and exclusively owns their own dataset.

The vast majority of what you’ll see on a NationBuilder profile—by design—isn’t voter information or imported data. It’s the history of actions a person has taken on your organization’s website (by which we mean actions like signing a petition or RSVPing for an event, not viewing or clicking on a page), money they’ve contributed, and direct interactions they’ve had with your organization over email, by phone, or on social media. It’s information like the people they’ve recruited as new supporters, the money they’ve raised for you, or events they’ve organized on your behalf.

3. NationBuilder is a software company, not a data broker or an analytics firm.

Political data brokers and analytics firms traditionally do many or all of the following things:

NationBuilder does only the first two steps in this process (and even those, only in the United States), because our reason for providing voter data isn’t to sell a strategic commodity or facilitate advertising. It’s because we believe campaigns should have the fewest barriers possible to directly engaging the people they hope to represent, and access to voter data is a critical part of that. For candidates who have plenty of financial resources or the backing of a major party, this might seem like a luxury, but for those who have neither, it’s essential to their viability. Following the legal parameters of each state, we make voter data available (where allowed) to those who meet the respective state’s criteria. We do this as a public service.

In short, most providers in the political space who offer voter data do so for fundamentally different reasons than we do, and those reasons necessarily inform their business models. Our business model in a nutshell: we sell software.

If your primary goal is to understand how people engage with a wide variety of content on social media and test advertising or messaging approaches, there are dozens of platforms out there in the world to facilitate that, and NationBuilder isn’t one of them.

NationBuilder’s specific interaction with social media is not about serving targeted ads or gleaning deep insights into how a piece of content is resonating—it’s about understanding who is interacting with your organization, so you can engage them directly as your most enthusiastic supporters. And it’s then about equipping those people to share their enthusiasm with others in their network, in the hopes that they’re excited by your mission too. Throughout that whole process, the only information NationBuilder collects about a given person who's interacting with you online is the information they knowingly provide.

Said another way: the value of NationBuilder as a social tool isn’t in broadcasting or in harvesting data secretly. It’s in quickly identifying the people who want you to know about them, and then encouraging them to lead in their own authentic way to further your mission.

5. NationBuilder is built for communicating with people who actually want to hear from you.

Here’s what you can do in NationBuilder:

Here’s what you can’t do in NationBuilder:

NationBuilder is fundamentally about finding, cultivating, and mobilizing your supporters to build a movement. It’s not an under-the-radar persuasion tool or a data modeling platform. That’s a roundabout way of saying that the data that will help you the most isn’t “big data” you buy or scrape from somewhere—it’s the data supporters knowingly share with you by telling it to you directly or by giving you their time and money.

NationBuilder is intended to help you translate what you learn from those interactions into richer relationships and, ultimately, into action. And having talked to thousands of customers in my time at NationBuilder, I can say with confidence that the ones who are most successful with our software use it in exactly that way. 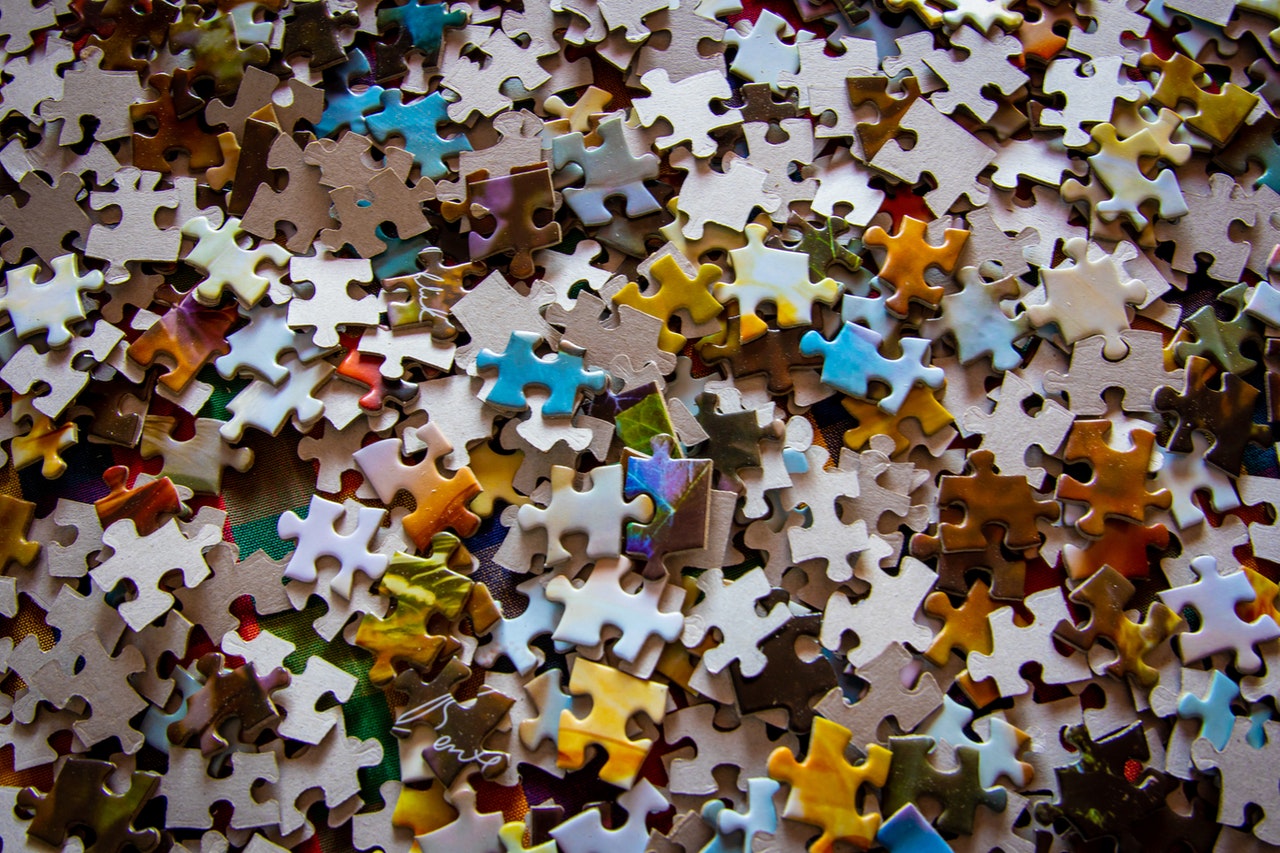 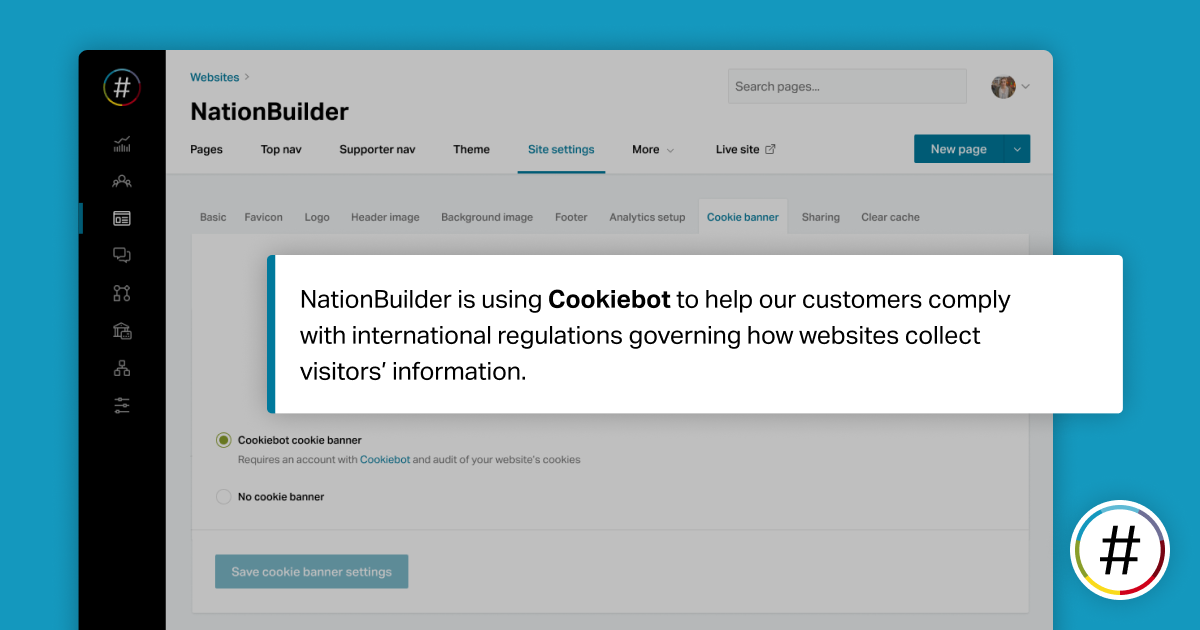