One Wednesday night in February, nine people came together to play poker and eat pizza. It was a $20 buy-in. They didn’t all necessarily know each other before the game, but they all had something in common.

The event was within walking distance of their homes and they all heard about it from the same place: DTLA Nation. The texting service had sent out a message to residents in the area who had expressed interest in food and gambling events. Nine spots were available. Almost twice as many people tried to RSVP.

A neighborhood like downtown LA is ideal for such a system, which brings together members of the community and supports local businesses. The area has been in revitalization mode since the late 1990s, after spending decades as a desolate and uncultivated section of Los Angeles. Although more people are moving in and more businesses setting up shop, the downtown community still struggles to find organic growth because sections of the area are disconnected, dissuading walkers from stumbling upon shops themselves.

“This is a young community in downtown LA. Texting is absolutely the best way to interact with them.” says Josh Gray-Emmer, the founder of DTLA Nation, who also runs BridGE Agency. “You can’t not read a text. I can send you an email to your phone that you can easily archive, but if I text something short to your phone, you’re going to look at it."

He's right. Research shows that mobile campaigns are generally some of the most effective means of communications. Almost all phones are text-message ready, and about 95 percent of them are read by the receivers, according to Internet Retailer.

How do you ensure your messages are getting through to the right people?

The execution is where it really matters. It’s not enough to text just a list of Los Angeles residents. Someone who lives in Santa Monica is an hour away and can’t partake in a Tuesday night restaurant deal. And someone who lives downtown but doesn’t like Italian food is never going to respond to a mass text about an Italian restaurant event. 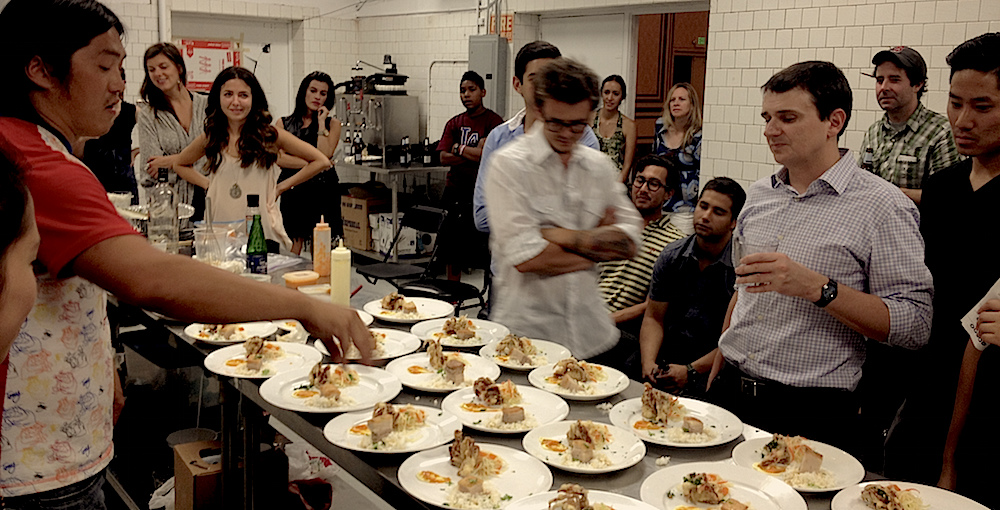 DTLA Nation, which started as a small weekly dinner for friends and neighbors, was now attempting to reach people of various interests and in different parts of the neighborhood -- and all in a way that would resonate with them.

As the multiple lists of residents grew longer, it became more and more of a challenge to manage.

“I was looking for a technology that would help me better manage all of it,” Gray-Emmer says. “I was texting everyone and calling everyone personally to make sure that they were actually coming, and it was becoming a really big burden.”

In the beginning, Gray-Emmer was using three services: MailChimp, WordPress, and Evite. Without a smart system for segmentation, that meant a lot of cross-referencing and a lot of wasted time.

DTLA Nation used NationBuilder to separate a large list into many groups that receive custom messages.

Before DTLA Nation got up and running on NationBuilder, it was already organizing around the idea that people have different interests. The NationBuilder platform was a fluid next step because it served as the technology that enabled DTLA Nation to improve implementation.

Here's how it works: someone hears about DTLA Nation and signs up to receive texts on the website. They enter their address and check yes to drink specials and dinner specials, and no to gambling, for instance. All of that information goes into a personalized profile on NationBuilder that DTLA Nation set up to automatically tag that person accordingly.

Then when DTLA Nation plans a restaurant event within a certain radius of their home, that person gets an alert and can RSVP with a keyword back to the text message. And it's all automated. What's more, DTLA Nation can use hashtags for events to see who's sharing on social media to identify key influencers. Or businesses can require a social share to get the deal and track the results of who is most influential.

DTLA Nation has planned everything from smaller poker nights and 25-cent drink specials to larger events such as the LA Spirits Expo, which got 480 RSVPs in the first 24 hours, compared to the goal of 100. The group has also hosted events with celebrities such as director Bryan Singer and retired NBA player John Salley in attendance.

With an infrastructure built for segmented lists, DTLA Nation is able to focus on building relationships with businesses, creating the right events for the downtown area, and crafting the smartest text messages. It's beneficial three times over. Restaurants are filling up their empty tables on slower weekday nights, residents who participate are getting special deals, and the neighborhood is connecting and becoming more cohesive as residents get to know each other.

“No matter how big your list is, sending texts out to everyone is the stupidest thing you could possibly do," Gray-Emmer says. "You have to know who these people are, learn about them using NationBuilder, tag them appropriately using actions, and then only send them information they want to hear about."