A small liberal arts college sits behind a picturesque lake in upstate New York. Famous for prioritizing financial aid and scholarships, the College is made up of a tight-knit group of students and faculty who truly live the motto “Believe in What We Can Do Together.”

It’s a feeling that carries through after graduation, as alumni find their way, build their careers, and start their lives. But no matter how much alumni care, if you’re running a development program, you still have to make it easy for them to participate by giving back.

That’s the challenge Keuka College had at the start of 2015, 125 years after it was founded. And it’s the challenge every college faces, whether it’s on a lake, in the mountains, or the heart of a city. How do you keep alumni connected in a fast-paced, 21st century world?

Keuka College decided to try something a little different to celebrate its 125th anniversary. Instead of a multi-year fundraising campaign, they turned to NationBuilder and planned a day of giving. They set a goal to raise $125,000 in 36 hours. They achieved that goal in seven hours, surpassed it, and then doubled it before all was said and done. Former students — everyone from the class of 1958 to 2008 — were giving, posting messages online, and encouraging their friends to give.

“We really didn’t think we would blow it out of the water like we did,” says Brittany Chambers, Development Director. “I know from looking at the analytics, we wouldn’t have had that level of success without NationBuilder because of the fact that people were sharing it instantaneously with their neighbors, grandmas, and friends — through Facebook, Linkedin, and Twitter.”

Why did Keuka College blow it out of the water?

The College had one thing that really matters in alumni giving. A sense of community. Research shows that one of the most important factors in alumni giving is twofold — creating deep friendships during undergraduate years and then staying in touch with those friends after graduation.

But one of the most difficult parts of running a development office is keeping up with former students. Alumni are busy — they move around and change addresses — and you have to be the bridge that brings them back to the College they care about.

In most cases, it’s not that alumni don’t want to give, they just need a reminder of their connection to their alma mater and an easy way to participate.

Keuka College used NationBuilder to reconnect with alumni in a way that worked for them.

When the development office chose to run a digital day of giving, they needed something that was easy to set up, could automate activity, and most importantly felt personal.

“We’d been looking for something that would help build our community, would help unify everyone under one hat but still respect their individual needs and preferences,” Chambers says. “NationBuilder was really game-changing.”

Keuka College got the day of giving website up within weeks of signing up for NationBuilder, customized it with the school’s green and gold colors, and set it up for social sharing and automated thank yous once donations were received. The office even had time to do a few dry runs to make sure everything was ready to go by the time Jan. 25 came around.

Staffers sent a few emails, posted a few times on Facebook, and then let the alumni network take over. What made it work and gave alumni a sense of connection was the freedom and ownership to participate the way that each alum wanted to participate. 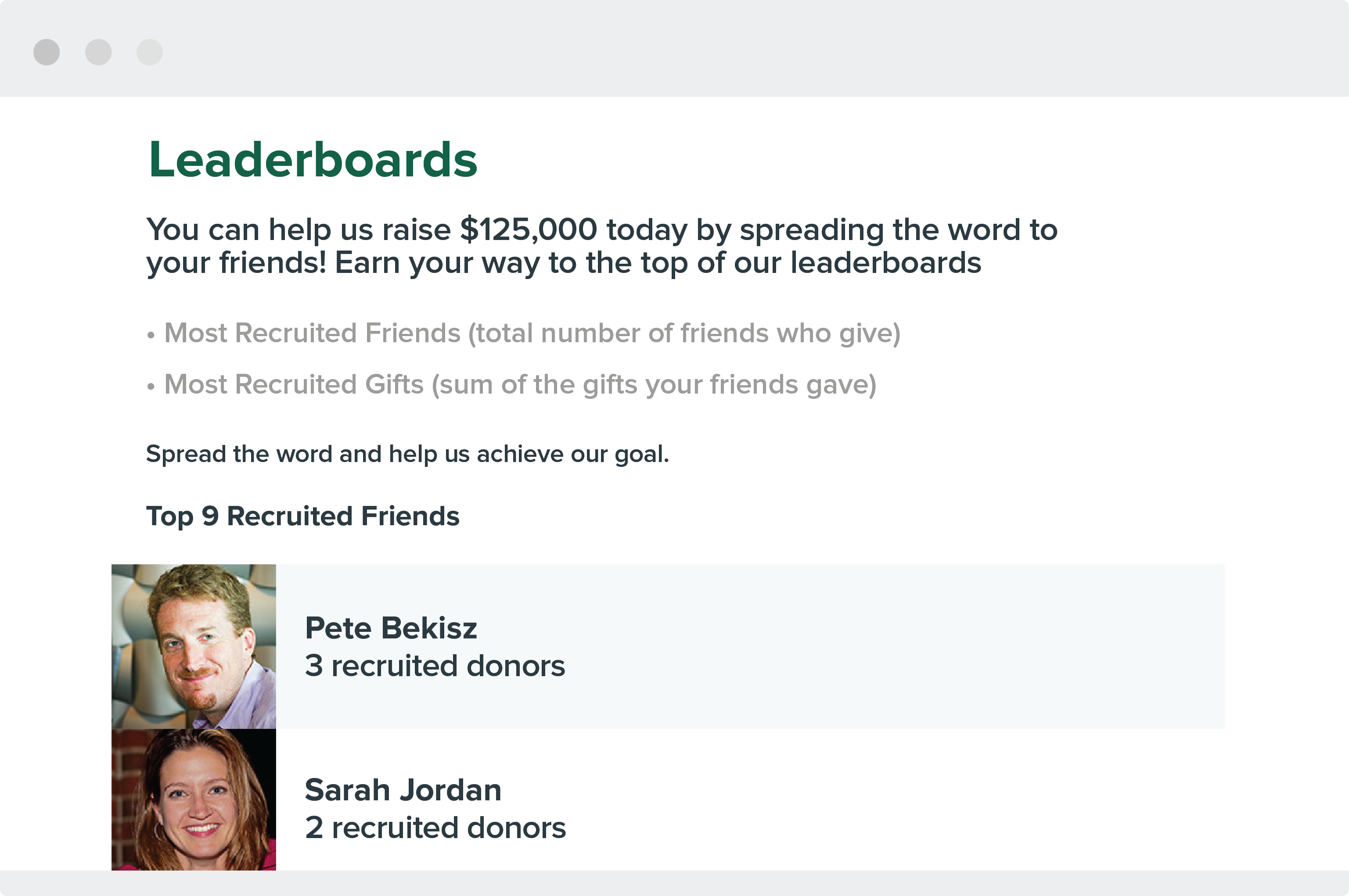 Laura Schroeder from the class of 2008 posted a video and shared it with her social network. 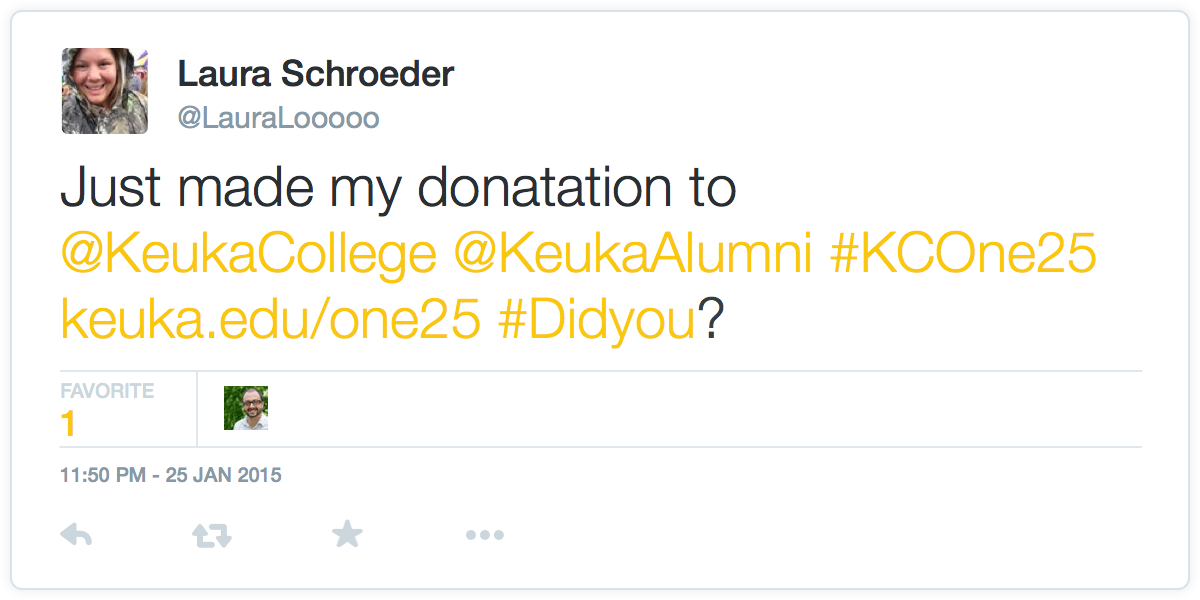 “We all met amazing Keuka friends, had inspiring professors, did Field PeriodsTM that motivated us to do great things, and have incredible memories,”  Schroeder says in her post. “So let’s all give back and help the future (students) have those memories too.”

Others hashtagged, retweeted, and reposted.

In the end, Keuka College raised over $274,000 — more than twice what they expected. But the real win goes deeper.

The day of giving reinvigorated a sense of community; the stories people shared gave the development office a whole new set of insights into who the alumni were and what they were up to. Not to mention, the contact information for alumni who donated was updated automatically — a feat that would have been nearly impossible without NationBuilder, Chambers says.

“It allowed alumni to self-identify and organize organically under the head of Keuka College without us having to collect information in a traditional sense,” Chambers says. “The Day of Giving really served as a vote of confidence for people who are considering contributing to the College."