We've just released a much sought-after feature: the ability to rename NationBuilder's virtual currency that rewards participation in and promotion of NationBuilder nations. Just about from the day we released NationBuilder, folks have been suggesting alternatives to "pc," the points supporters earn for tweeting about your websites, recruiting signups and donors and otherwise helping build your nation. We've explained how to remove the currency badge on supporter profiles and many of our customers call it "participation credit" for apolitical nations. (If you don't already have a nation, you can sign up for a free NationBuilder trial here).

As of today, it's much easier to get creative with your nation's currency ("karma points" was one early suggested alternative). To change your nation's currency to anything you like, go to Settings in your control panel. Remember to change the headline and description on the political capital display page as well (it's linked from Settings as a an additional help).

Here's a look at how I switched over to "mini bitcoin" for my supporters in Adriel Nation:

You'll need to edit the page that folks use to review their own political capital (or "mini bitcoin," as the case may be). The tiny lock icon in front of the link indicates that page has some security setting - on my nation, you have to be logged in as a supporter to review your mb. 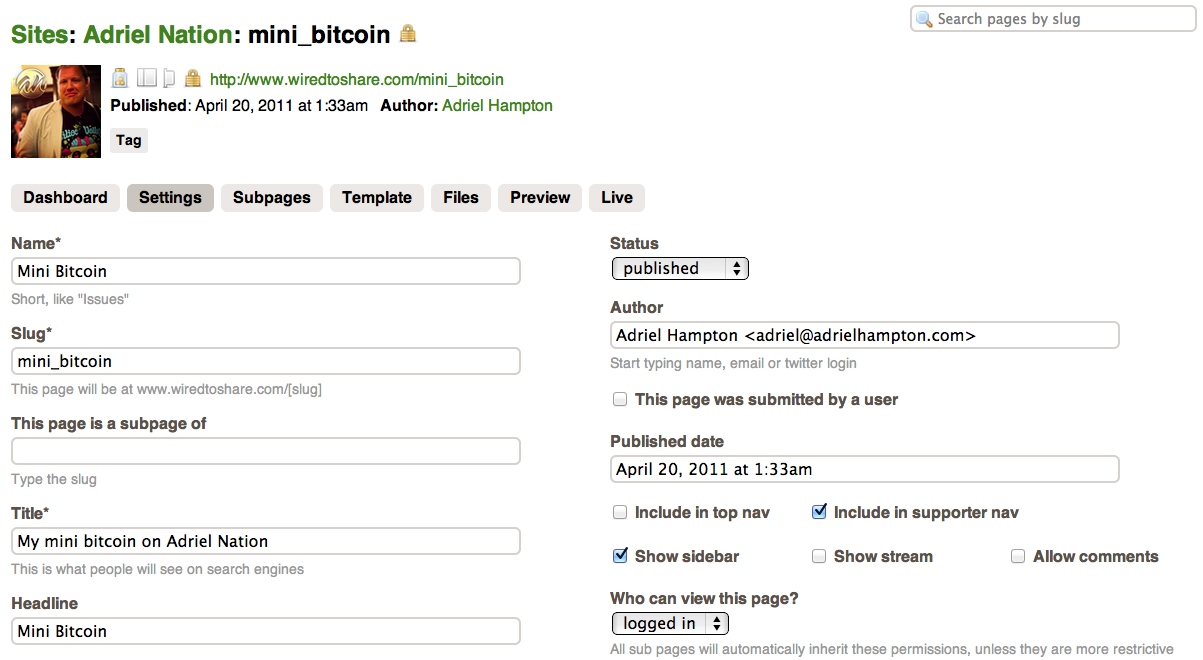