Millennials from all around Australia flocked to Oaktree throughout its first decade of existence, driven by its mission to end extreme poverty. In 2013 alone, more than 150,000 people took part in one of Oaktree’s campaigns.

To celebrate its 10-year anniversary in 2013, Oaktree built a new website on NationBuilder and set long-term goals. But in the process of the reevaluation, the group uncovered a major flaw in its approach: many people were only participating once, restraining the effectiveness of campaigns and forcing leaders to start almost from scratch each year.

So in 2014, things went a little differently with the End Poverty Roadtrip, a signature grassroots campaign in which young people travel throughout Australia to raise awareness about extreme poverty. Oaktree added new leaders on the ground and followed up more with supporters after. At the end of the six-week campaign, the petition had about 10,000 signatures and every member nation at the G20 Summit in Brisbane committed to its goal: tackling tax justice as a step toward ending extreme poverty.

"Previously what would happen is you’d have the Roadtrip and people would meet with the politicians and then that would be the end of it and the end of their experience with Oaktree,” says Chris Wallace, chief executive officer. “But what was new about last year was that we actually had a sustained model of engagement. That was quite exciting for us because it meant that we had a sustained presence and a sustained level of awareness throughout that month.”

How do you keep thousands of people motivated with a bare-bones staff? 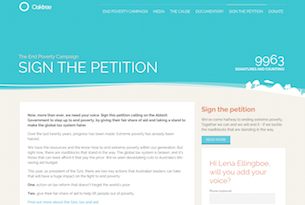 Oaktree had traditionally offered two main ways for young people to be part of the organization: either as a one-time campaign participant or as a volunteer, a nearly full-time job handling the organization’s strategy from its central office.

Such a profound difference in roles left out thousands of people.

For instance, high schoolers were forced to be one-time participants because they face time restraints with full school days. And anyone who had the ability to get more involved had to commit 100 percent as a volunteer or participate in several campaigns without a sense of continuity.

Recruiting volunteers is a crucial step for an organization like Oaktree, but a report by the RGK Center for Philanthropy & Community Service suggests it's more important to determine where and how volunteers fit and how to align their goals with the organization's mission.

So as part of the reassessment, Oaktree created an intermediate level of engagement and carved a path for those interested in more involvement to join, train and manage -- all through NationBuilder.

“We’re now looking at a very consistent group of young leaders who actually lead our campaigns,” Wallace explains. “That was one of the major reasons we wanted to shift to NationBuilder, because we were able to track the progress and the journey of those Community Leaders.”

These leaders are on the ground, running the campaigns, planning the Roadtrips, scheduling documentary screenings, and coordinating signature efforts. Most importantly, more than 30 percent of leaders are outside capital cities, serving as a source for ongoing motivation to young people in those more remote areas. 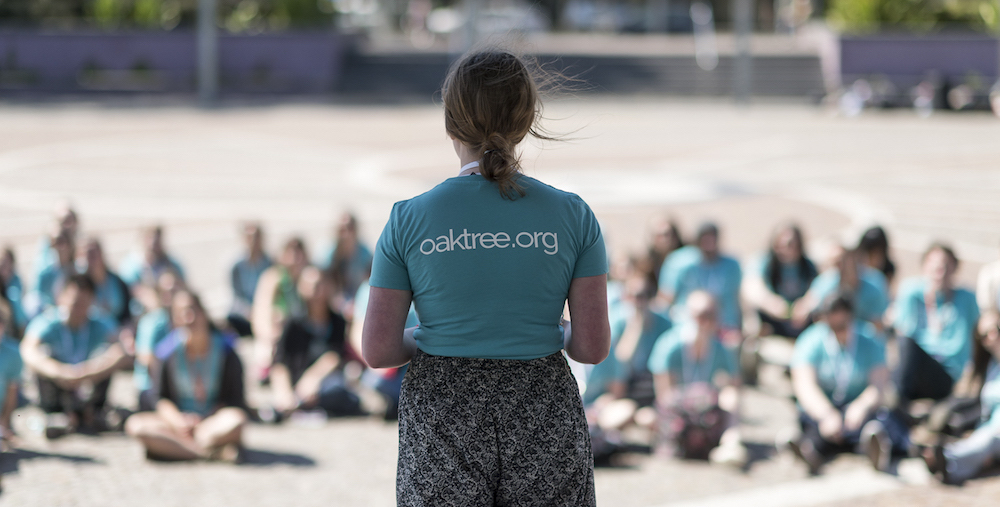 With so few top-level volunteers who focus on the organization’s overall goals and strategies, Community Leaders provide the consistency to keep campaigns strong in the early stages and on the main day.

Oaktree also took the model for multiple layers of engagement to its website. For instance, when a supporter signed a petition, Oaktree directed them to land on a donation page on the same issue. While the group uses other means for fundraising, this deliberate website alignment allowed Oaktree to raise $3,000 in one week, without having to launch a separate fundraising initiative.

Oaktree joined NationBuilder in June 2013 and has since gone from conceptualizing a leadership program to building a smart online space to counting more than 800 active Community Leaders. And more are signing up every day -- a testament to the program’s success combining young people’s interests with their aspirations.

“Everybody comes into the movement and that program with different expectations and things they want to contribute,” Wallace says. “We saw NationBuilder as the strongest way to engage with those Community Leaders both on an en masse level, but also to make it a really personalized and tailored experience.”