Debriefing the Learn to Code LA event at NationBuilder HQ 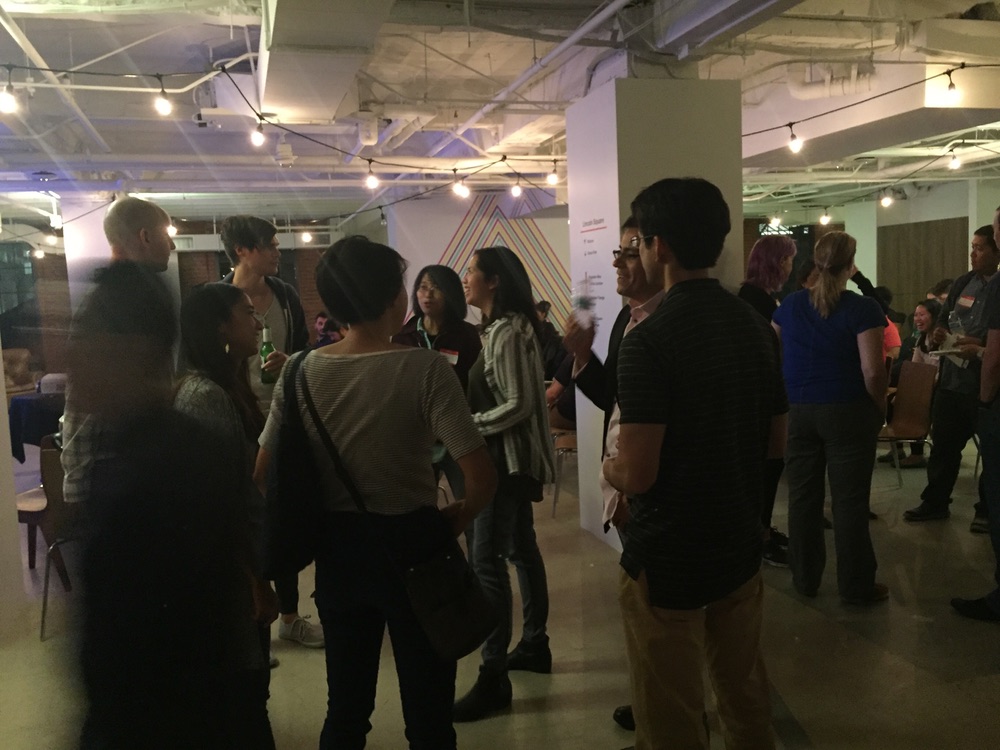 It can be difficult for aspiring developers to know where to start in their education - front, back or full-stack, which language, what to build, etc. Even more difficult is knowing where to apply this education as a career.

Luckily, Eric Williams - front-end developer on the NationBuilder design team - knows all about this. Less than a year ago, Eric was a bartender learning how to code in his spare time. He acquired the fundamentals, then started building his own WordPress themes and Meteor apps. This independent track and "just build" approach led him to NationBuilder where he now wrangles heaps of code. 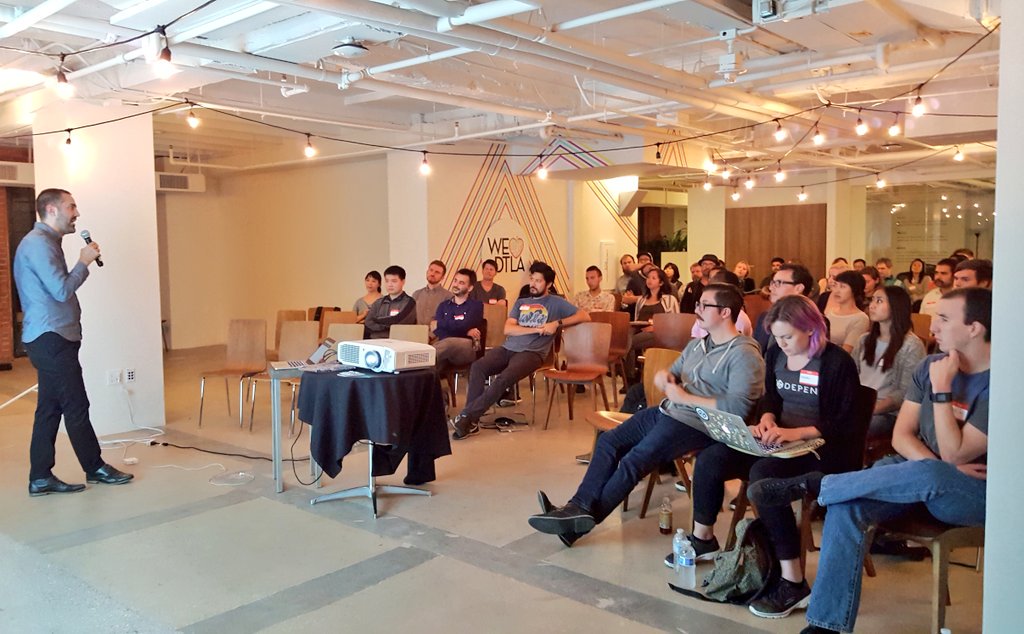 Eric told this story, along with his adventure of revamping our voter file request form, at the CodePen/Media Temple meetup, organized by Learn to Code LA and hosted at NationBuilder headquarters. L2CLA is a 4,000-member collective of developers knee-deep in refining their coding skills. The members range from seasoned engineers to those writing their first lines of HTML.

An interesting point about attendees is that, similar to the Sketch meetup we hosted back in July, a lot of them hailed from the westside of Los Angeles. However, there were quite a few members who came from downtown LA, the eastside, and even as far as Orange County - and, thus, appreciative of not having to trek across the asphalt patience-destroyers known as the 10 and 405 freeways.

There were also some excellent demos given in addition to Eric's. L2CLA's founder, Liz Krane, and Jim Thoburn talked about SVG animations as did CodePen's Rach Smith. Philosophie's Wai-Yin Kwan demo'd an experiment of hers and illustrated the importance of teaching as well. 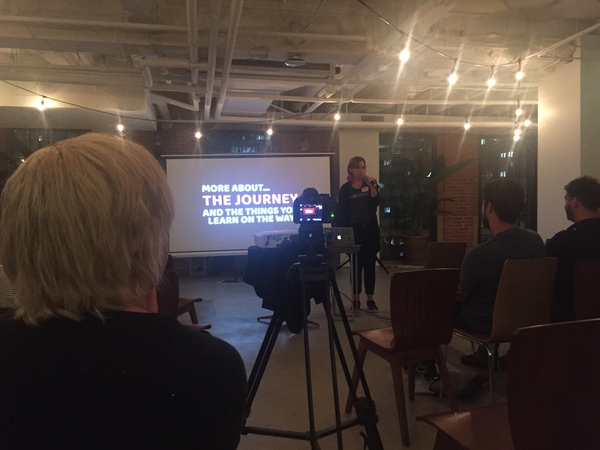 In addition to technical questions that brewed up after the demos, a lot of attendees were interested in Eric's story from bartender to developer. It's, no question, a very relatable experience and one that emphasizes possibilities of what can be done today to control one's professional path.

Major cheers to Rouzbeh Sarrafieh, Media Temple, CodePen, and Learn to Code LA for helping us put this on!