Posted by Flore Blondel-Goupil on February 19, 2019 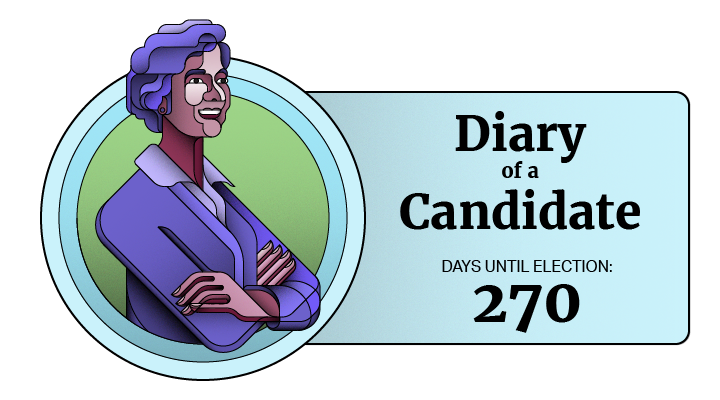 We are Line Kristensen and Flore Blondel-Goupil, NationBuilder Account Managers based in the London office. Having worked with many political parties and campaigns, we want to share what we’ve learned for people new to the process. This series is a step-by-step journey of a fictional candidate running for office, informed by our shared experience.

This week has been intense but my website is finally live!

I got into politics to talk about my values, so my website is a key place for people to find out what I stand for and how they can get more involved in my campaign. The main action we’re focusing on at this stage is an issue-based petition about creating more safe play areas in our community.

My campaign manager is adamant that collecting petition signatures will help build my supporter database, as people tend to feel more strongly about single issues than a full programme. She argued that it’s often easier to get people in the door with something small, like signing a petition, rather than asking to fully join the campaign as a supporter.

The number of signatures a petition receives also indicates which issues people are most fired up about in the local community, and it enables the team and I to run issue-based campaigns accordingly. Throughout my campaign, I plan to tell a story of how I am campaigning on six key issues—so I can focus on what people already care about.

NationBuilder hosts our website, so the data captured from signups on pages flows directly into our database. When people take action, we can see what action and on which specific page, which will be vital to know as we continue engaging.

Here’s how we did it.

First, we went to the Website tab in the NationBuilder control panel and selected the stock theme (readymade website design) that best suited our campaign.

Next, we populated the first two page templates with our content:

We then started a petition page, as securing more safe play spaces my community is one of my six key election pledges.

My goal for the text was to keep it informative but concise to maximise conversion and avoid losing the visitor’s attention. We set a goal of collecting 5,000 signatures, so it is clear how many signatures we need.

Setting up the back end strategically

Once the frontend was sorted, we focused on setting up the back-end automation.

We created two specific tags (a little bit like a sticky, yellow post-it note) to be added to the profile of each petition signer, so we know who has signed a petition and who is interested in safe play spaces.

We assigned Michael, my Field Director, as the point person for all these signups, which means that he will be responsible for the relationships with all these new people. Why him? Because the petition is our starting point for getting people to engage and, hopefully, become volunteers in the long-term.

On previous campaigns, I had to send individual emails to all the people who engaged, and it was extremely time-consuming. To my surprise, I found out that on NationBuilder we can set up an autoresponder email to thank people once they’ve signed and acknowledged their action. My Campaign Manager then suggested that we also include another campaign ask in this email, so we are asking everyone to attend my upcoming meeting on how people can do more to support safer play spaces near them.

We also customised the social share prompt so our petition can go viral on social media: it means that after signing the petition, people will be prompted to share their action with a pre-written message... brilliant!

I was nervous about the petition launch this morning. The reception has been excellent and the signatures have been rolling in after a few local parents started to share it on social media.

I know there is a lot more work for us to do as a team. We’re planning to add more pages to the site, but it was important to me that I started to actually campaign without delay.

Next on my agenda is my newsletter. I need to start to communicate with the people who have already signed my petition. I will write about this soon!

For more on how NationBuilder can help emerging candidates and parties, learn how Emmanuel Macron’s party En Marche used it to get 359 candidates elected in 2017.

Missed Diary of a candidate: Vol 1? Read it here.