Embracing our Differences in LA

In the weeks just following the the 50th anniversary of the assassination of Martin Luther King Jr. and the murder of unarmed Stephon Clark by police in Sacramento, I found myself struggling to come to terms with how much progress America has really made in regards to equality, justice, and civil rights for all of its citizens. While I realize that we are living in a much more tolerant era than that of the 1960’s, today’s news headlines are a constant reminder that we still have a long way to go. So when I first heard about the embRACE L.A.’s citywide initiative to unify and empower communities by hosting 100 dinner conversations with 1000 Angelenos on the topics of race and racism, I knew that it was a conversation that I had to be a part of.

On the evening of my scheduled dinner, I arrived at Boyle Heights City Hall where I met the eight strangers whom I would be joining for the meal and conversation. We sat in anticipation around a beautifully set up conference table, before our facilitator set the intention: we were there to share our experiences and perhaps, most importantly, to listen to the experiences of others. The facilitator asked us to close our eyes, then we took in a few deep meditative breaths to mentally settle into the space. We opened our eyes ready to begin. 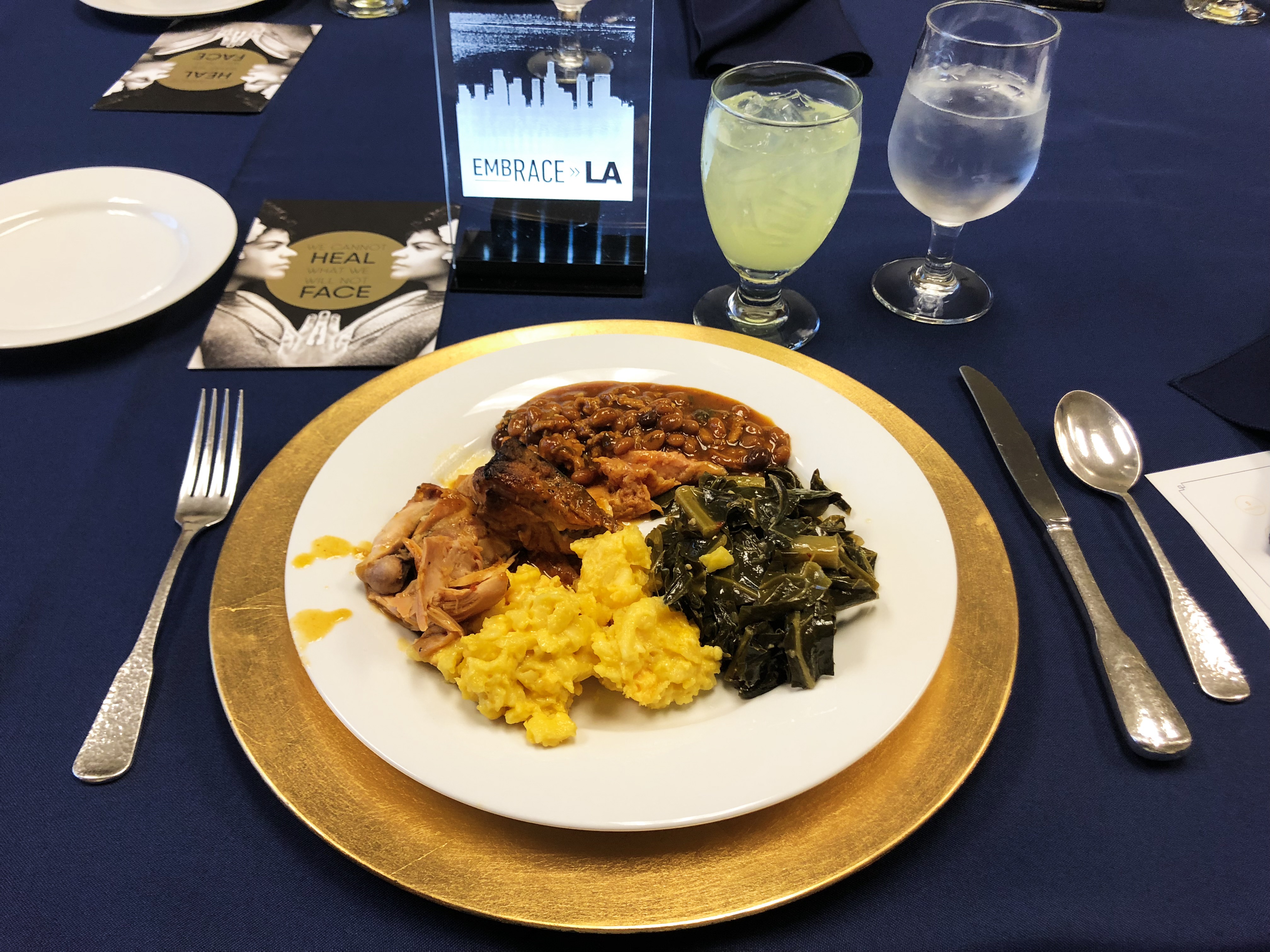 Over dinner, we got to know one another. My group consisted of people of various ethnicities: Mexican-Americans, White-Americans, Asian-Americans, and one Nigerian-American, me. We work in various sectors from tech to non-profit, entertainment to education. Some of us were born and raised in Los Angeles, while others hailed from other states and cities—but all of us now call LA home. We went around the table, introducing ourselves, and sharing what we most love about our city. Almost every one of us expressed our love for its cultural diversity. From the distinct ethnic identities of neighborhoods such as Boyle Heights, Koreatown, and West Adams, to the wide variety of authentic cuisines that one can experience, and even to the affordability of the ever-expanding public transit system, we all bonded over the characteristics that make LA unique. 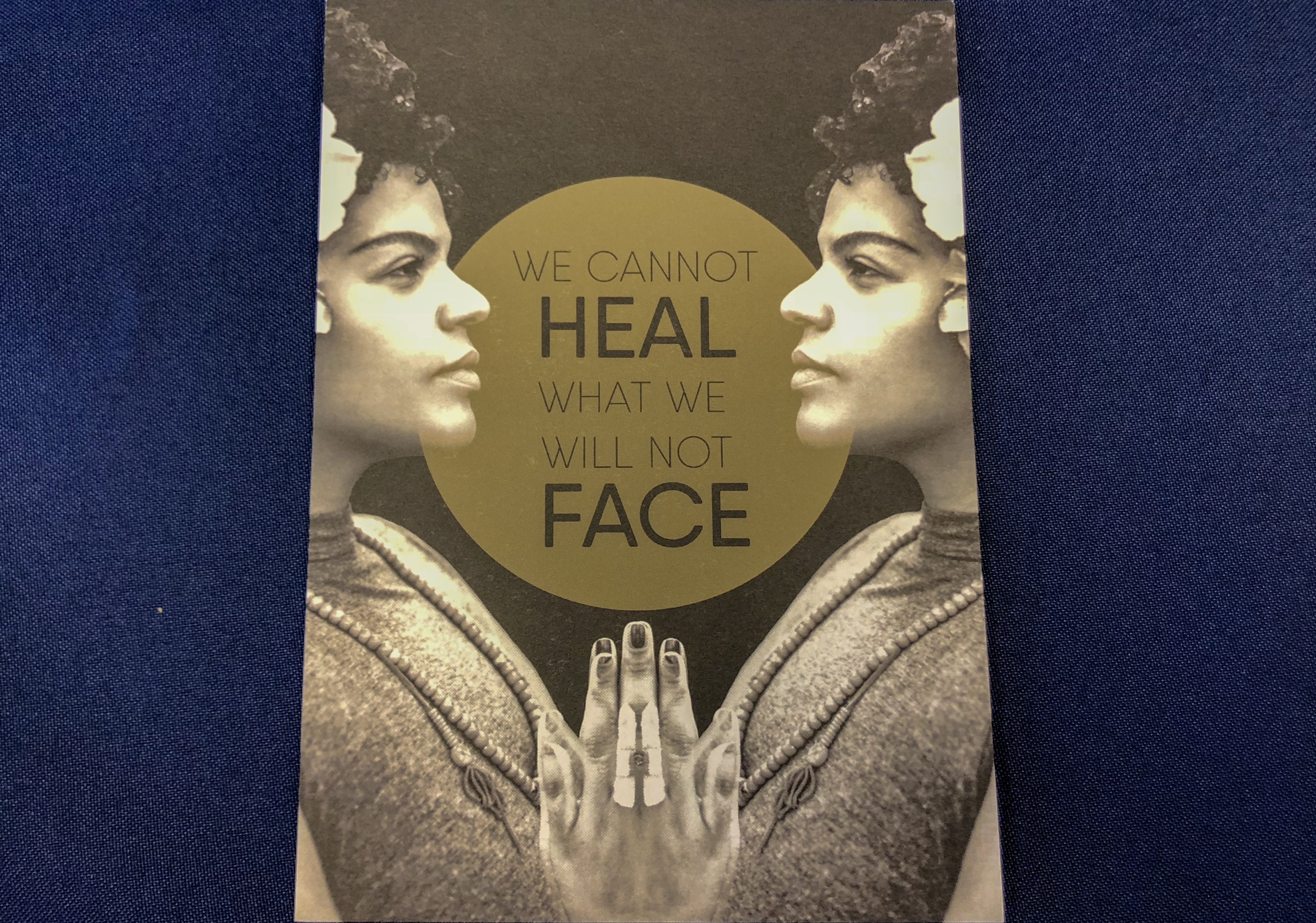 We Cannot Heal What We Will Not Face

As the meal wound down, we got into the heart of the discussion with prompts such as, “What about Los Angeles has caused you pain?” and, “How has race shaped your interaction with others?” Top of mind for me was the recently publicized incident at a Starbucks where two black patrons were accused of trespassing because they had not made a purchase—although they had only been in the store for 2 minutes—and were then arrested. As unfortunate as that event was, it was, at least in my experience, by no means an isolated incident. I’ve faced similar treatment by the authorities here in Los Angeles. I’ve been followed and harassed by the police in my own neighborhood, and I’ve felt the unwelcoming glances that let me know to keep my distance from certain establishments and parts of the city. I’ve had the feeling of being monitored or policed in majority-white spaces because of how I’m perceived. It’s something that I have been forced to live with--but I will never get used to it, nor will I ever accept it. Everyone nodded in sympathetic acknowledgement of my experience, though I could tell that no one seemed surprised to learn that this was my norm.

Next to me, a white man spoke about his experience as a father raising two black sons, and how he has to teach them things that he could never have fathomed having to teach his children. For example, if there is ever an emergency, he instructs them to call him immediately, rather than the police, so that can be the first to respond. Because of his sons’ brown skin, he is afraid of what could happen to them in a police situation. He also spoke about his work as a teacher in DTLA with primarily hispanic students: how he has seen the prevalence of gang culture take far too many students away from getting the education they need. The fear, the denial, and the overall unwillingness of most white people to reckon with the problems that many minorities face on a daily basis was obviously weighing on him heavily.

What was most surprising for me to hear during the whole conversation was someone’s comment that they had “never had a moment of pride in LA in terms of race.” Based on the racial and ethnic diversity of the people in the room, this wasn’t something I expected anyone to say, but it was a sobering reminder that the racial tensions in America are not only between brown, black, and white, but affect all people of color. Another person asked, “where do Asians fit within the racial context of America?” and expressed their feelings of being generally left out of the broader conversation about race in America. Hearing this made me realize how limited my perspective is because I can only see the world and speak from my personal experiences. If we are going to actually create a more inclusive society, we need to continuously make space for all people to speak their truth, and intentionally reckon with our nation’s failures of the past and present. 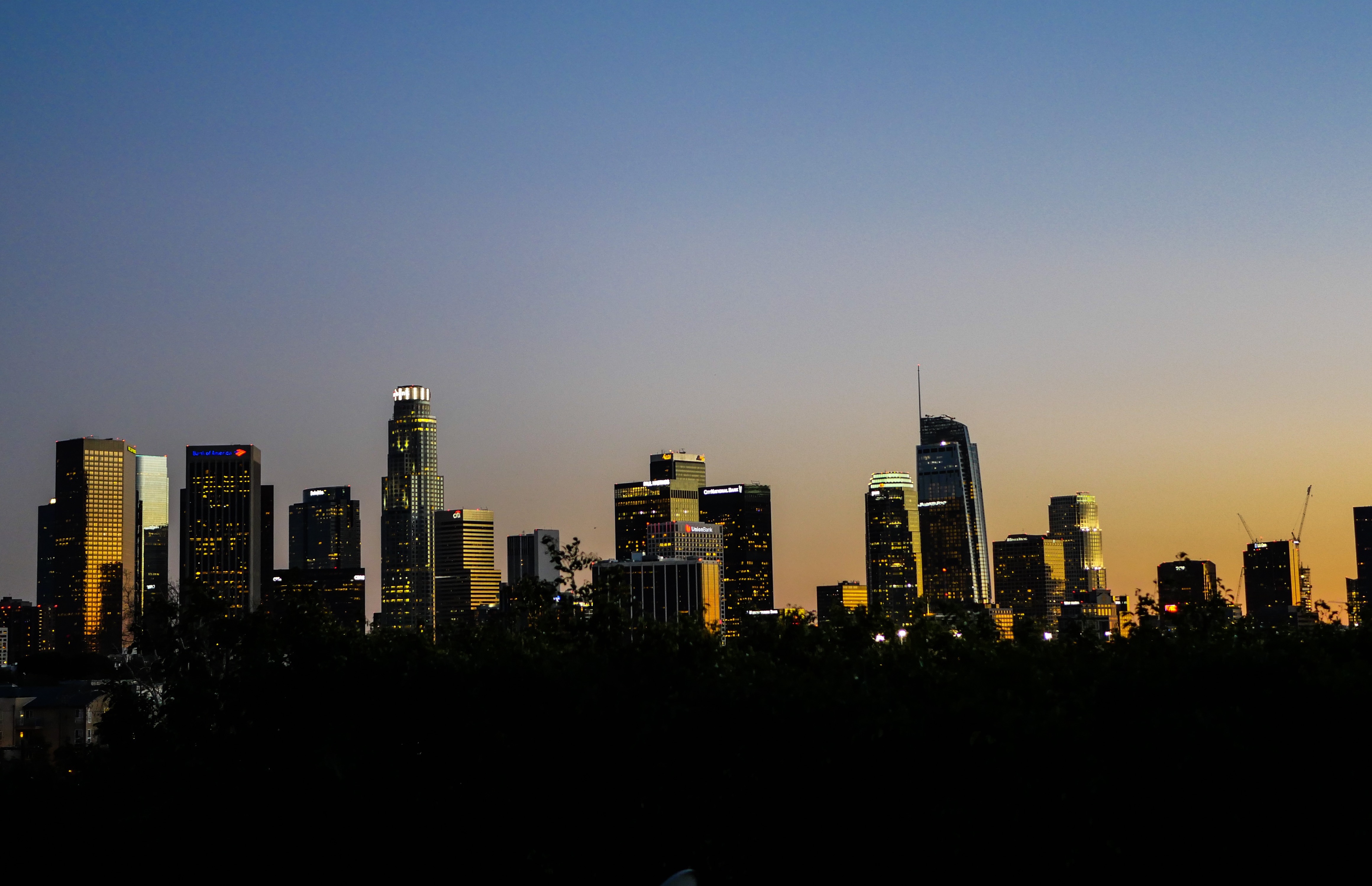 The City We WANT To Live In

It’s difficult to overstate the pervasive effects of gentrification, homelessness, and inequality that I walk right by everyday. But at the end of the conversation, I felt so connected to the other guests and the issues that they face, like we’d been a part of each other's lives for much longer than a few hours. We shared ideas to create impact, like attending events in each other’s communities to broaden our awareness and reaching out to local politicians to express our concerns. That collaboration and empathy felt like the city I want to live in.

At the end of the conversation, I felt so connected to the other guests and the issues that they face, like we’d been a part of each other's lives for much longer than a few hours. We shared ideas to create impact, like attending events in each other’s communities to broaden our awareness and reaching out to local politicians to express our concerns. However, one thing was very apparent: the people who most need to learn from this dialogue on race and racism—the people unwilling to listen to diverse perspectives, and those with the money and power to make create systematic changes—were not there. Yet, the fact is that we are all stakeholders in the pursuit of social change, and, as individual parts of “the system,” we all have the ability to speak out against injustice amongst our peers, to make an effort to stand up for others, and to continuously challenge our own cultural biases and assumptions. As author and speaker Luvvie Ajayi said in her TED Talk, “People and systems count on us being silent because it keeps us exactly where we are.” The status quo. “We’ve got to get comfortable with being uncomfortable by speaking these hard truths when they are necessary.” I’m encouraged and thankful for the opportunity that embRACE L.A. created to start this difficult conversation, and I hope that these efforts to unify our communities continue to happen in L.A. and beyond.