How Film & Campaign turned a documentary into a box office success

NationBuilder Architects built their own cinema on demand platform to launch a compelling documentary and ignite a powerful day of action for educational inclusion in Germany. 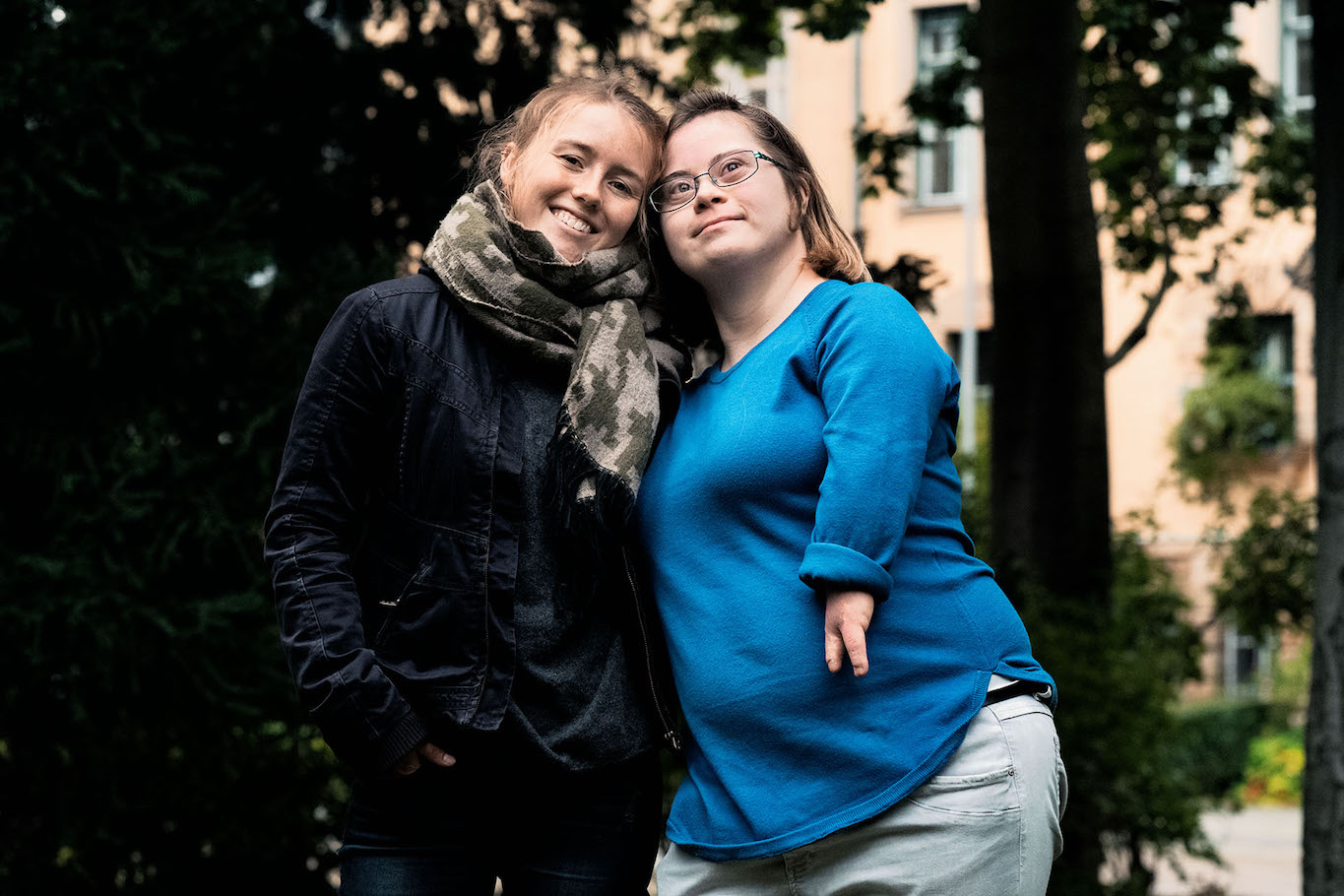 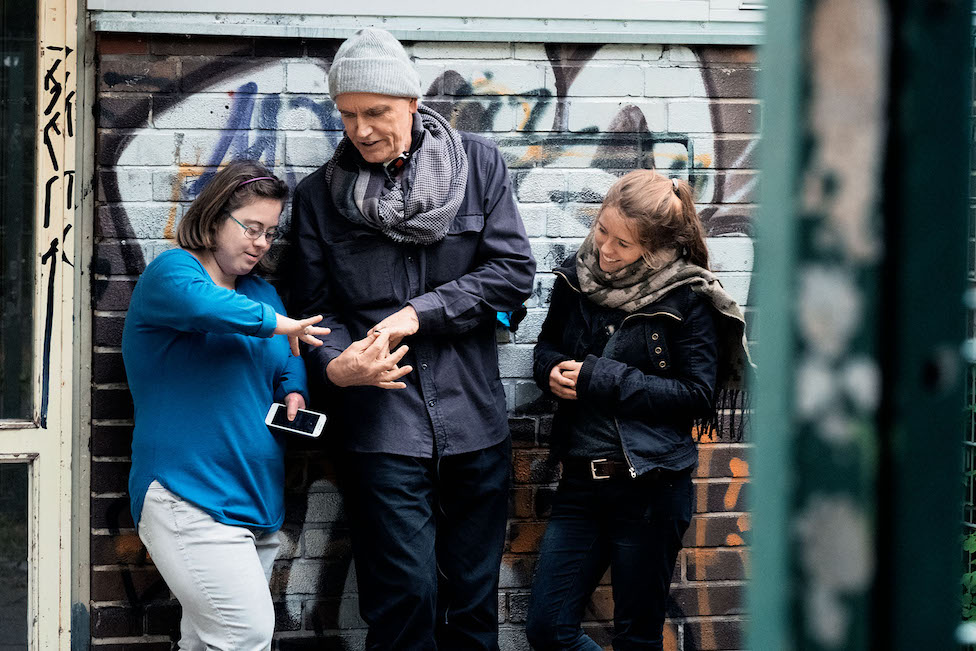 In a media landscape inundated with content, activist documentarians face vital challenges: firstly, how do they get their films seen by enough people to raise awareness for their cause; secondly, once their films are released, how do they move their audience to change their position or take further action? Film & Campaign’s Ben Kempas dealt with these challenges firsthand as he worked to make and promote independent documentaries for more than a decade.

“I had this frustration,” he says, ‘[that in] a documentary community where you see all these brilliant documentaries getting made, apart from three festival screenings and a late-night broadcast, there was no way to see them anywhere. I thought rather than adding to that pile of films that very few people see, maybe we should take some of these films and see how many people we can actually reach when we make an effort using all these new options”—like crowdfunding, video on demand, and social media.

While applying to become one of the world’s first Producers of Marketing and Distribution at the Scottish Documentary Institute—then a new role, focused on more effectively bridging the gap between the processes of documentary production and distribution—Kempas proposed adopting a (then) little-known digital organizing platform that had powered the Scottish National Party in their landslide victory during the 2011 parliamentary election.

“In my job interview I said, why don't we try this political campaigning software and see if that helps us mobilize audiences around our films and engage them in a better way? I got the job...and we became one of the first NationBuilder customers from the film world, then the first NationBuilder Architects with a background in the film industry. It worked very effectively, mostly because you could have all these different websites for different films and projects feed into one central database… So if they've seen this film and liked that, then would they possibly be interested in watching something on a related subject? Not every release had to start from scratch to build an audience.”

After three years of successful work with the Scottish Documentary Institute, in 2014 Kempas started his own company, Film & Campaign, to offer film promotion and distribution to other independent documentarians over the next several years––using NationBuilder all along the way. A highlight of that work came in spring 2019, when a film about inclusion in German schools brought his company its biggest success yet, and made significant strides toward changing minds on an under-addressed issue. Berlin filmmaker Hubertus Siegert had made an initial film about a class in which students who had special needs were included alongside students who didn’t, then revisited some of these students twelve years later, when they were all twenty-four years old. The final product, entitled Die Kinder Der Utopie (Children of Utopia), captures as Kempas describes “these meetings between three children with disabilities, and three without, where it becomes clear that there's a very natural interaction with each other and it's never about what one is able to do with a disability.”

At the time of the film’s production, it had been more than a decade since the United Nations’ landmark Convention on the Rights of Persons with Disabilities (CRPD), yet Germany was still lagging behind in implementing more inclusive measures for disabled children within mainstream education—and the practice of segregating disabled children into separate schools was still deeply ingrained in some areas. People were divided into two groups on the issue: one asserting that inclusion is a human right; another voicing skepticism as to whether inclusion is even possible.

Part of the documentary’s intention, as Kempas frames it, was “to take that debate out of the trenches and give people a more neutral ground to debate on. This documentary film that [Siegert] made opens up room for reflection, because the film itself doesn't judge. Of course, when you build a campaign around it, you want to have an impact, you want people to go the way toward human rights. But you want to achieve that with a film that doesn't tell people what to think; you want to achieve that by making people think for themselves and then hopefully come to the same conclusion that we came to.”

To do this, they partnered with Raúl Krauthausen, one of the most visible disability activists in Germany, and a dedicated charity called Mittendrin (“in the middle of it”) in Cologne. Instead of simply touring the film and hosting talks or question-and-answer sessions at stops along the way, they made the bolder move to coordinate a nationwide day of action, in which screenings could happen across the country simultaneously, followed by open discussions between stakeholders in each local community. While filmmakers in the U.S. have existing tech platforms dedicated to building local support for on-demand screenings—for example, Tugg and Gathr—Kempas’ team had no such software to draw from for the German market. So, they used NationBuilder’s events functionality to create their own cinema on-demand platform from scratch. They built event pages for locations across the country, they collected RSVPs to convince yet unconfirmed theaters, and they gathered volunteers to host screenings themselves or participate as an expert in a post-screening talk.

“There was clearly a need for this,” Kempas says, “because within a few weeks we had around 1,000 volunteers to either adopt a local screening or be ready to help on the ground. We also had 19,000 RSVPs across Germany in total, which made us really wonder, because the general rule of thumb is that forty percent of the people that say they're going actually turn up. But, as we ramped up social media advertising closer to that day of action, all of a sudden cinemas started selling out or adding additional screenings, and places that looked like we might not get a critical amount [of people] together all of a sudden were being confirmed. On the day itself, May 15, 2019, nearly 20,000 people went to the cinemas. And, with 20,000 people in the cinema on a Wednesday night, against the 200 total films in Germany, we came out at number three, only beaten by the latest Avengers and Pokemon. In terms of the number of people showing up per screening, we were actually ahead of Avengers and Pokemon. That was quite mind-blowing because none of us, even though we'd started to have a good feeling, expected that.”

With the infrastructure they’ve built, Film & Campaign have been able to continue to support volunteers as they host and support their own screenings even after the main day of action. In addition, they’ve had the time and tools to learn more about the impact the film may have had on the thousands of people who viewed it. Were the people who attended screenings already in agreement with inclusion, or did some minds change? They invited everyone in their database to complete a survey asking viewers whether they thought the film portrayed inclusion positively, negatively, or neutrally—further, whether or not they thought differently about the issue after seeing and discussing the film, and if so, why. Seventy-three percent of people who took the survey said that they had not changed their position, but only because they had been in favor of inclusion before viewing. While a one percent margin answered that they had a more negative impression of inclusion after watching the film, twenty-six percent said the experience had led them to think more positively about inclusion than they had before.

“When you have more than a quarter of what you thought was just going to be a bubble actually changing their attitude in some way, then that's quite an achievement,” Kempas says. “Out of the 20,000 people that saw the film that night, about 2,000 responded to the survey... I like to think that if you look at that twenty-six percent, you can safely say that we changed the minds of thousands of people across the country.”