Get out the vote strategies using phone banking

This is a guest post written by Augustus Franklin, founder of CallHub - a hosted voice and text broadcasting system that integrates with NationBuilder. In this post Augustus discusses effective phone-banking strategies he has seen deployed in campaigns to get out the vote and activate supporters: 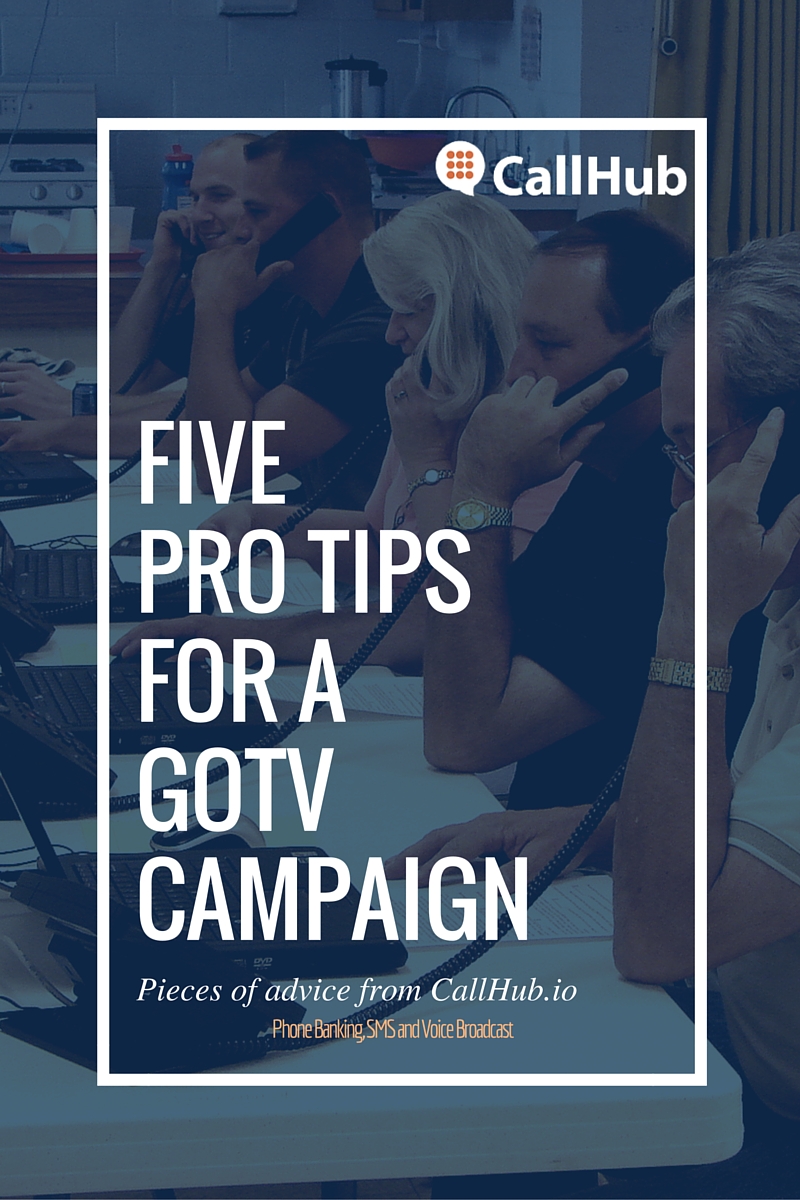 We’ve been working with a number of large political campaigns to help manage their phone banking and GOTV campaigns. Here are some pointers that we gathered:

It takes time, effort and persistence to convince voters so always   start early, at least 6-8 months before voting day. Channels like social media work very effectively to recruit volunteers, especially   younger ones. Use voice broadcasting to reach out to supporters who aren’t active on social media. The day before voting day, reach out to as many voters. This can help swing the opinion of voters who are on the fence and go out on voting day.

Collect data during calls to make sure it’s as accurate as can be. This will improve the quality of your future campaigns by over 50%. Don’t waste time importing and exporting data between systems. Use a phone banking software like CallHub that smoothly integrates with NationBuilder.

Start your campaign with a broadcast message, either through voice or SMS. Funnel your responses into a follow up campaign through phone banking. This ensures that you visualize the conversion funnel, you optimize your calling lists, you reduce spam calls and most importantly you save time and costs. With CallHub and NationBuilder, create custom tags to differentiate between each response.

Some of the bigger roadblocks that were faced during a campaign were related to scale, budget and data. For example:

With CallHub managing your campaign you can get :

How to trigger path assignment or automation via our API

New Rapid theme for campaigners—now available on our Theme Marketplace