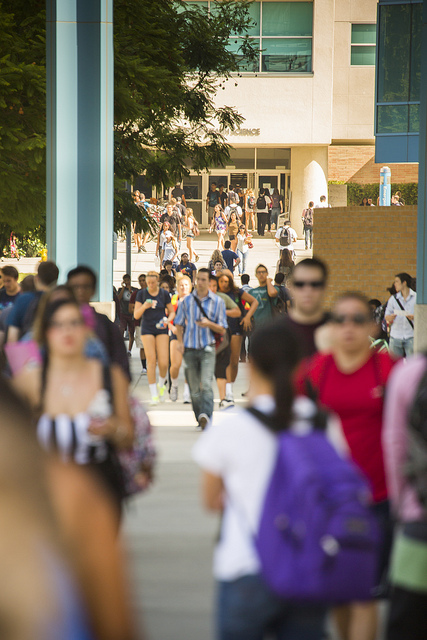 In 2008 I wasn’t a very good alum. I’d graduated three years prior, and yet, I had never given money to my alumni association, never attended an alumni event and - after moving several times - never offered my new address to my alma mater. Sound familiar? Like countless other millennial alumni, I was disconnected from my university—and it had no way of finding me.

Meanwhile, I was building a career for myself in Washington D.C., and in the fall I began volunteering for Barack Obama’s Presidential Campaign as a field organizer. Along with other campaign staffers across the country, I knew the work we were doing was monumental. We weren’t just knocking on doors—we were using technology to identify and empower local neighborhood leaders. Each day we logged every person-to-person touch point and converted those interactions into data, so we knew exactly where to allocate our time and resources. Good people data led to more meaningful engagement with our supporters and more donations. In fact, the entire operation was self-fueling—a beautiful marriage of technology and grassroots organizing.

After the campaign, I had an epiphany. I was successfully moving full speed ahead in my life and my university had no idea what I was doing. I thought, “If a campaign strategy can change the political organizing landscape, why couldn’t it do the same for my alumni association?”

But there was a major hurdle. Most alumni networks live in central databases that only university staff can access. Could you imagine the Obama campaign succeeding if it couldn’t share voter lists with precinct captains? Sharing data = empowering leaders. Alumni networks would need to fundamentally upgrade their technology if they wanted to build leadership.

I began working for my alma mater, the University of San Francisco, as a Development and External Engagement staffer. For three years we worked with local alumni leaders to make data, accessibility, volunteers, and events more effective. Eventually, I discovered NationBuilder, and jumped at the opportunity to join the organizing team and share our community organizing system with other alumni programs. Now, I help alumni outreach groups transform email lists into a people-centered database that automatically matches email addresses to corresponding Facebook, LinkedIn, and Twitter accounts. Remember, better data = better interactions.

NationBuilder brings your organization’s website, people, communications, and finances together in one platform so you can organize your local chapters Obama-style. And, you can do it at a fraction of what it costs to print your annual newsletter. In fact, every time you lick an envelope, another alum slips through the cracks.

Right now, I’m helping university departments, career centers and alumni associations import fourth-year student data into their nations, giving them the ability to launch targeted campaigns to track and engage young alums right out of the gate. What would your university accomplish if you never lost track of an alum again?