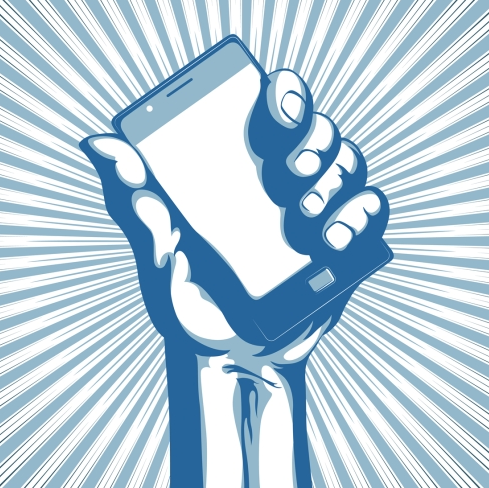 Imagine you are the Executive Director of an amazing non-profit. You are standing on stage at your annual gala, staring out into a warm and excited crowd of your supporters. You smile as you begin your speech.

I was at a great gala last week. There were over 800 people in the room, there was great food, great speakers, a wonderful auction, and craft beer.

Could you imagine the potential of filling a room with 800 of your strongest supporters? People who are coming out to support your organization and all the wonderful things you are doing. Many of whom come year after year. These people are your core supporters. Your champions. Your peeps.

Your challenge is to activate them. What if, within 5 minutes, you now have the mobile cell numbers, names, and email addresses of everyone in the audience? They are already excited about your work and now you can connect with them directly

You sold out your event, but do you have mobile numbers?

By the time you are launching into your speech, chances are a ton of people will have exchanged tickets, or not shown up at all. This means that in the best case scenario you might have 50% of the mobile phone numbers of the people in the room. Wouldn’t it be great to be able to contact everyone at your event directly, and immediately?

Can I bring a friend?

When I was the Executive Director of Pivot Legal Society we used lots of sign-up sheets at events. At our AGM, at parties, and at fundraisers. And you don’t need me to tell you, paper is the worst.

When we started using Eventbrite and then NationBuilder, things got a bit better. We had a list of people who had bought tickets online printed at the door and volunteers crossed off people as they came in so that we knew who attended. Even though NationBuilder makes it very easy to determine between RSVPs and Attendees, we still were missing all the plus ones and the people who just showed up. Sometimes, if we had a very diligent volunteer, they would write down the name of the plus ones, but then we were back to paper.

When I walked into the gala last week. I walked up to the registration table and told them my name. They had me down for two tickets. I had brought a friend who had never supported this organization before. I wanted to show him what they were all about. At the registration table, however, he went nameless. All they had on the sign-up sheet was that Peter Wrinch for two, and in we went.

The power of mobile texting

Let’s be honest, mobile numbers are gold. In 2013 the number of households using cell phones in Canada was 83%, up from 78% in 2010. The number of households that are using traditional landlines is trending in the opposite direction down from 66% in 2010 to 56% in 2013. If you want to connect with your supporters, you need to have their cell numbers.

Let’s go back to the moment where you are about to start your speech at your event. What if right when you finished your speech, after the crowd gave you a standing ovation, you asked everyone in the room to pull out their cell phones and hold them up in the air. You then asked them to text CONNECT to your dedicated local phone number. Once they send their text, they are asked to text their name, and then there email address.

Within 5 minutes, you have the mobile numbers, names, and email addresses of all of your attendees. They are excited about your work and now you can connect with them directly.

I recently tested this at the Broadbent Institute’s Progress Summit. Presenting to a group of 200 politicos, labour leaders, environmentalists, and social justice advocates, our NationBuilder team asked the audience to text keywords based on what sector they were working in — text UNION if you are working in labour, for example. Five minutes later, we had 90% of the mobile numbers in the room and a clear picture of the composition of the audience.

Your core supporters are your organizational life blood. Being able to connect with them is the difference between thriving and surviving (or worse). Text messaging allows you to capture the most direct way to contact your supporters and NationBuilder’s text messaging tools allow you to scale your efforts giving you the ability to capture 1000s (10,000s; 100,000s) of mobile numbers in minutes.