Using NationBuilder to connect filmmakers with their audience

Last year, I went to a screening of Fruitvale Station—a film based on the events leading to the death of Oscar Grant. During the Q&A, screenwriter and director Ryan Coogler recounted how the film came together through the participation of the community and the people who personally knew Grant. They organized around a common desire to share his story with the rest of the world.

In order to successfully produce a film, filmmakers need to promote content, connect with their audience, and manage their digital presence—but not every project has the budget to hire a high-profile agency.

That’s where NationBuilder can help—by turning your website into an interactive portal, you can create meaningful relationships with existing fans while expanding your supporter base at the same time. In fact, films like The Invisible War, The Bully Project, and Dear White People are just a few examples of how filmmakers are using NationBuilder to organize and promote their projects...with huge success.

Oscar-nominated documentary The Invisible War built out a grassroots army of individual supporters who took a variety of actions online – from signing petitions to hosting screenings and donating to support recovery programs for survivors. In March 2013, lawmakers and military officials took notice, and discussed the film during a Senate subcommittee. 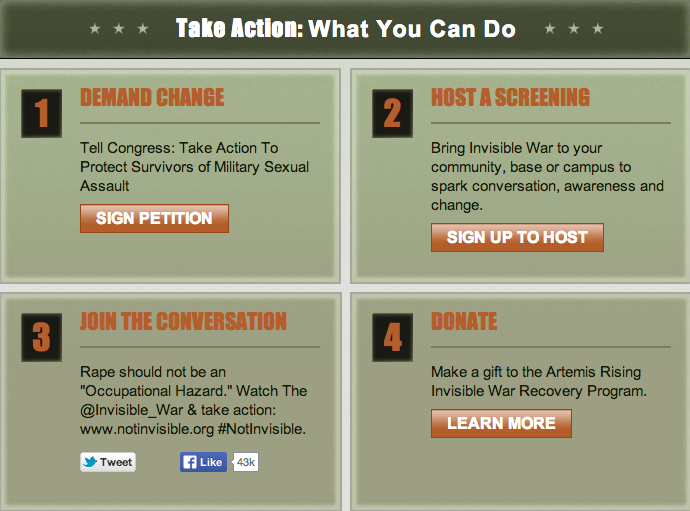 The Bully Project turned a documentary it into an international conversation about self esteem. What began as a small-scale awareness campaign grew into an engaged supporter base of over one million students. From adding a personal story to hosting a screening, the site provides a myriad of ways to get involved with the campaign—with an end goal of reaching 10 million kids. 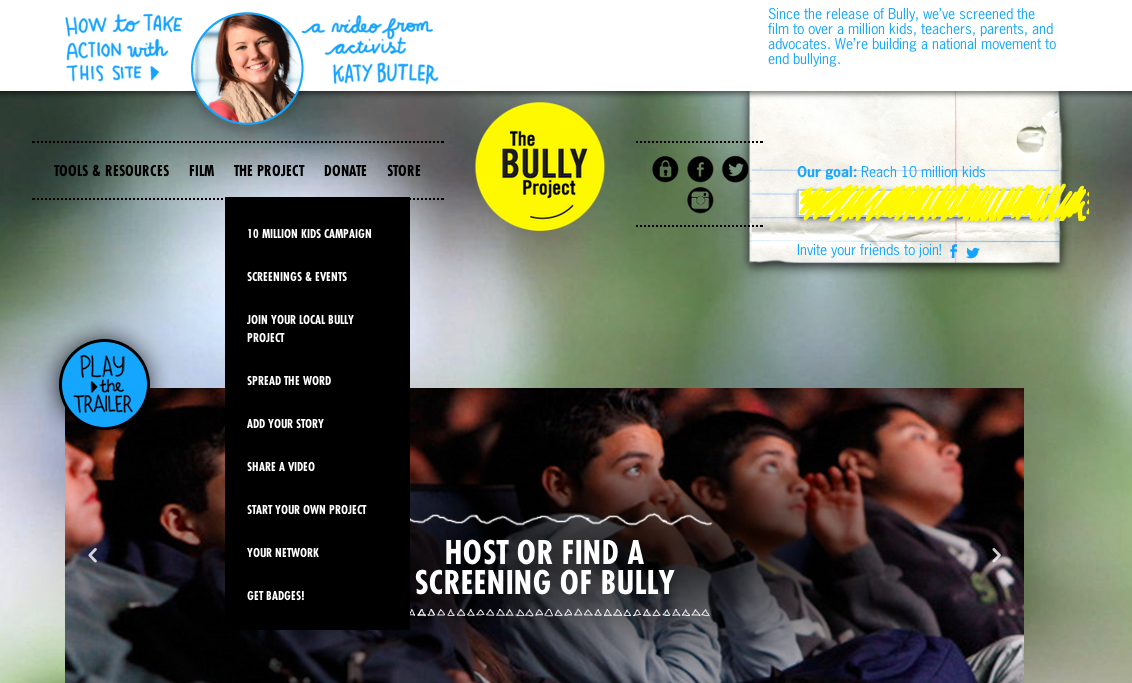 Dear White People created a leaderboard to encourage people to spread the word. Visitors can interact on various social media platforms and view the latest Twitter content via an embedded feed. 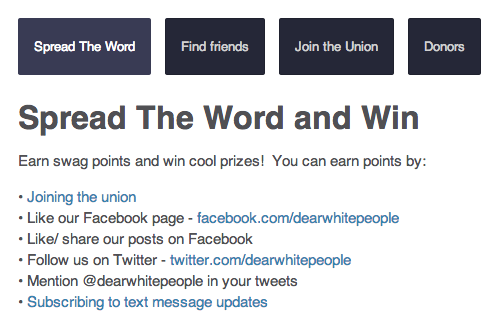 The success of these films means you don’t need a multimillion dollar marketing budget to tell your story—you just need an engaged community. By connecting and organizing with people who share the same passion, filmmakers and creators are mobilizing their communities to increase awareness and create lasting impact. If you are ready to turn your dream project into a reality, shoot me a message and we’ll get started today.