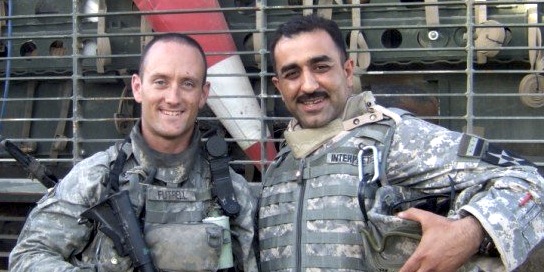 In his first run for office, Dan Futrell earned a spot on the School Board of Somerville, Massachusetts, representing Ward 2—a district where 68% of the students are from low-income households. Prior to the election, Futrell was already a strong presence in his community, known for asking the tough questions and engaging with parents to maximize the impact of Somerville Public Schools. Today, you’d be hard pressed to find a more devoted advocate—one look at Futrell’s Google calendar reveals, in addition to his normal work schedule, he’s clocked over 80 hours meeting with teachers, parents, and administrators since taking office. Long after his campaign, Futrell's ability to connect with people who care about what he's doing remains at the forefront of his mission—and he's using NationBuilder features to foster an authentic relationship with his supporters. But, before we deconstruct Futrell's digital strategy, let's go back to the beginning. His personal story is a testament to the importance of community and the transformative power of education that informs his work in Somerville today.

As a young foster child in Florida, Futrell was considered an at-risk youth when he fell into the hands of a devoted social worker. He was eventually reunited with his birth father—a union worker characterized by a fierce work ethic—who removed Futrell from the foster system. With his father’s guidance, Futrell began building a community: friends, family, teachers, and coaches who helped him earn an ROTC scholarship and graduate college. Soon after, Futrell joined the U.S. Army, where he became a Platoon Leader, a Company Commander, and was deployed to Baghdad twice. For his service in Iraq, Futrell was awarded a Combat Infantryman’s Badge and is a two-time recipient of the Bronze Star Medal.

Now, Futrell is determined to pay it forward, starting with erasing the academic disadvantages of poverty. In 2012 he earned a Masters in Public Policy, where he focused on increasing the impact of community organizations and nonprofits. Along with serving on the Somerville School Board, he’s also the Director of Growth at Year Up, a non-profit working to close the opportunity gap for young adults.

Futrell maintains an open dialogue with Somerville parents and residents. When the board prepared to vote for or against school closures on election day, Futrell polled district parents using a survey. Eighty-three percent of respondents voted in favor of keeping schools open, but Futrell voted against the majority—and what he did next is nothing short of remarkable.

After the vote, he sent an email to his community and explained why he voted for a professional development day instead. “I want the Superintendent to work with the Chief of Police and the Elections Department to review and refresh our security plan for election day before we open up schools for the next election,” Futrell told parents. “Of utmost importance to me, above all else, is that our children, teachers, and staff are safe and secure every single day. I acknowledge that reviewing and refreshing this plan comes at a cost of a four day weekend for parents, and may even cause inconvenience, but I hope that you'll trust in my vote and our collective effort.”

Can you remember the last time your local politician emailed you personally to say, here’s how I voted and why? Probably not—because it’s probably never happened before. A few months into his new gig and Futrell admits the road to providing opportunity for the next generation of at-risk youth is an uphill climb. In a recent editorial for the Somerville Journal, he encourages anyone doubting Somerville’s progress to show up for a meeting to “witness work, collaboration, and the smart application of data and resources.” In addition to paying it forward, Futrell is quickly setting a new standard for political transparency and engagement—one where residents and politicians “work smart, tirelessly, and collaboratively toward a shared vision.”