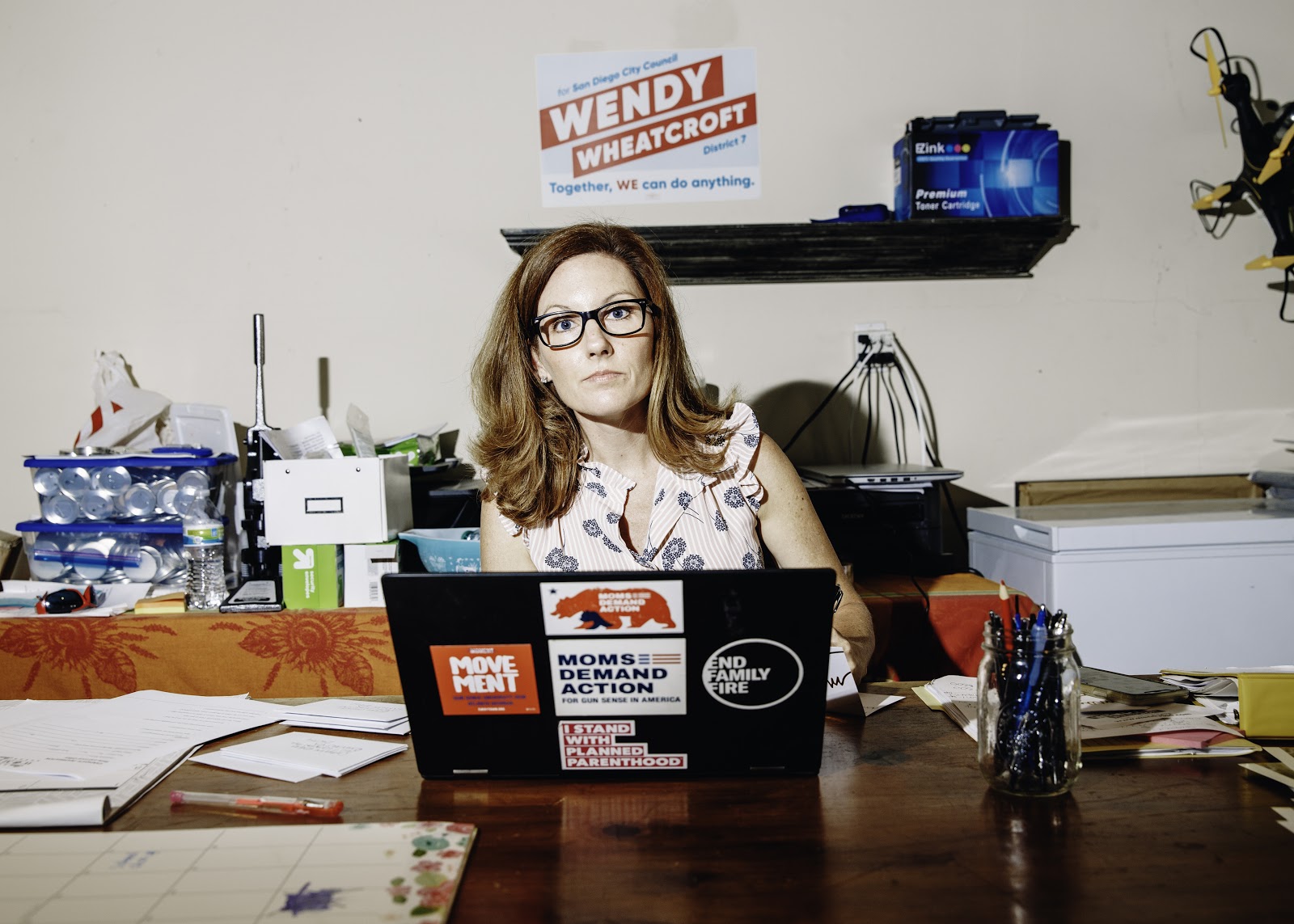 Inside a first run for city council

How Wendy Wheatcroft made the transition from elementary school teacher, to community advocate, to first-time candidate in San Diego

Wendy Wheatcroft’s journey to activism and politics started in classrooms—both during her time as a student and her 15-year career as an elementary school teacher—where she experienced multiple lockdowns and close calls that changed the course of her life. In the wake of the increasing mass shootings making headlines since 2012, Wheatcroft, a mother of three, channeled her anger, sadness, and frustration into building community and taking action with likeminded people in her area as part of her local chapter of Moms Demand Action for Gun Sense in America.

In January 2018, she took on advocacy full time and founded San Diegans for Gun Violence Prevention, a nonprofit that’s now the country’s largest local gun violence prevention coalition—bringing 19 different groups together for the cause.“My three kids entering three schools at once and a personal health issue caused me to stop working in the fall of 2016, which gave me an opportunity to explore gun violence prevention further,” Wheatcroft says, “and I quickly became a volunteer leader within the movement. Through [that] work I [came] to learn that if I can take on the gun lobby, I can take on anyone.” 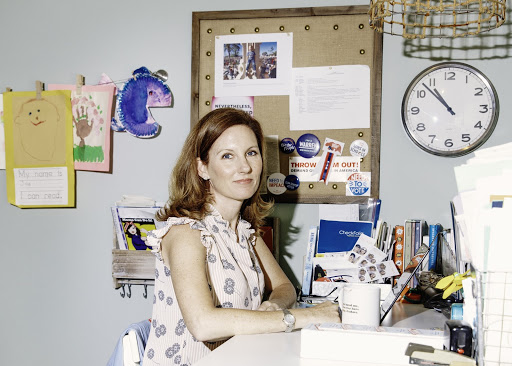 Over time, her advocacy work catapulted her into a public role she hadn’t anticipated, and she became a powerful voice for her community of parents. Though it didn’t occur to her at first to start a career as a public servant, that same community encouraged her to take the leap.

“I was at the San Diego March for Science in Winter 2017, gathering my Moms Demand Action group together to march,” Wheatcroft recollects, “and my friend’s husband said, ‘You should run for office!’ He was the first person to ask me. Many more followed before I seriously considered it.”

She entertained the idea by applying for Emerge California, a competitive training program for women who hope to run for office, boasting alumni like Lieutenant Governor Eleni Kounalakis, San Francisco Mayor London Breed, and Oakland Mayor Libby Schaaf. “Once accepted, I took things more seriously,” she says, and spent many weekends over the next six months honing the skills to campaign and win, alongside other women about to run—seven of whom won their city council races after graduating last April. 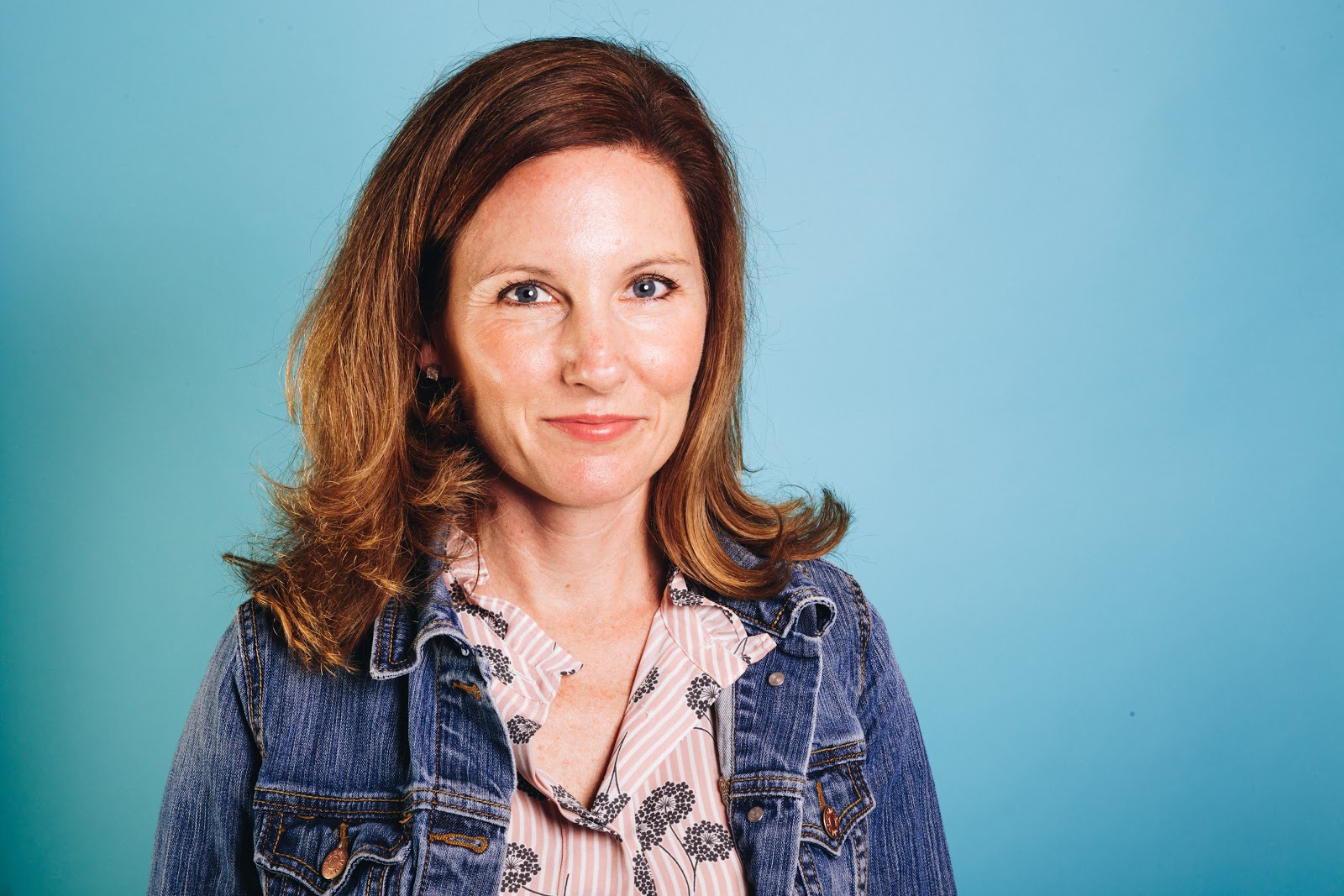 Now, she has her eyes on a city council seat in San Diego’s District 7 that’s been held by a Republican for the last eight years. Though it’s a nonpartisan seat, she’s running as a Democrat and aims to build coalitions to tackle homelessness, take climate action, and build affordable housing as well as advance common-sense gun laws. And of course, the people committed to the movement she helped build are jumping in to help her campaign efforts.

“Every city is different and we can’t have a one-size-fits-all approach to tackling gun violence—we must understand each city or town individually, but work within the frameworks of organizations like Moms Demand Action. Only then can we knit together successful gun violence prevention in each city, coupled with stronger state and national gun legislation. Additionally, through this work I have encountered strong and often threatening opposition. This has only made me stronger and more determined that I am doing the right thing.”

Since she announced her candidacy in early 2019, she’s been heartened by the positive feedback on her digital campaign and influx of support in the form of donations. She quickly spun up a bold, eye-catching NationBuilder site as an action hub for her campaign and has benefitted from keeping her digital infrastructure all in one place. “The integration of my database with [email], fundraising, a website platform, etc. was very appealing to me. I like to work efficiently, and this helps me to do that,” she says. “It was also beneficial to be able to create a modernized, professional-looking website—we have received many compliments on it.”

Even with the best tools at her disposal, Wheatcroft is quick to assert that running for office for the first time is still the hardest thing she’s ever done. Between gender bias and well-organized opposition, she—like many women who step up to run for office—faces structural hurdles on a daily basis as she negotiates campaigning as a public figure.

When asked what helps her stay focused, she says, “I often imagine myself as the Fearless Girl statue with her hands on her hips, staring down the bull. Sometimes that stare-down gets fierce, and I falter, but then I imagine every single person who supports me, every single child and woman who I know are watching me, every single hater who wants nothing more than for me to fail, and I take a deep breath, hold my head high, and keep going.” 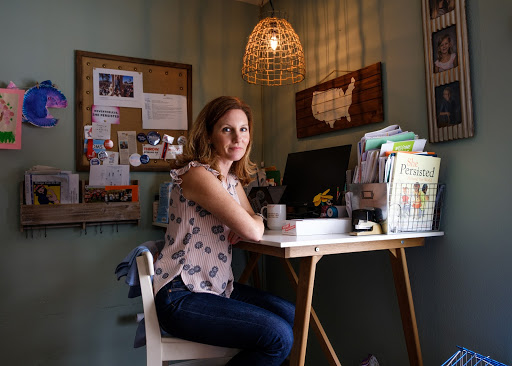