Control Panel Redesign: Building the future of our software

After months and months of ongoing work on the control panel redesign, the limited beta officially launched on February 28th, 2019. At that point, select groups of customers gained access to the new control panel. Slowly, the first hints of much-awaited customer feedback started to trickle in––and it was largely positive.

Following thirty seconds of celebration, the team went right back to work––there was more to be done before the redesign could go live to all customers. Between the launch of the limited and full beta, the team would need to shift their focus to the incoming feedback from customers and team members working in the product. This feedback would be critical in making sure the new control panel was the best version of itself before the big day.

And in the blink of an eye, it arrived––April 18th, 2019, when the new control panel was officially out in the world. 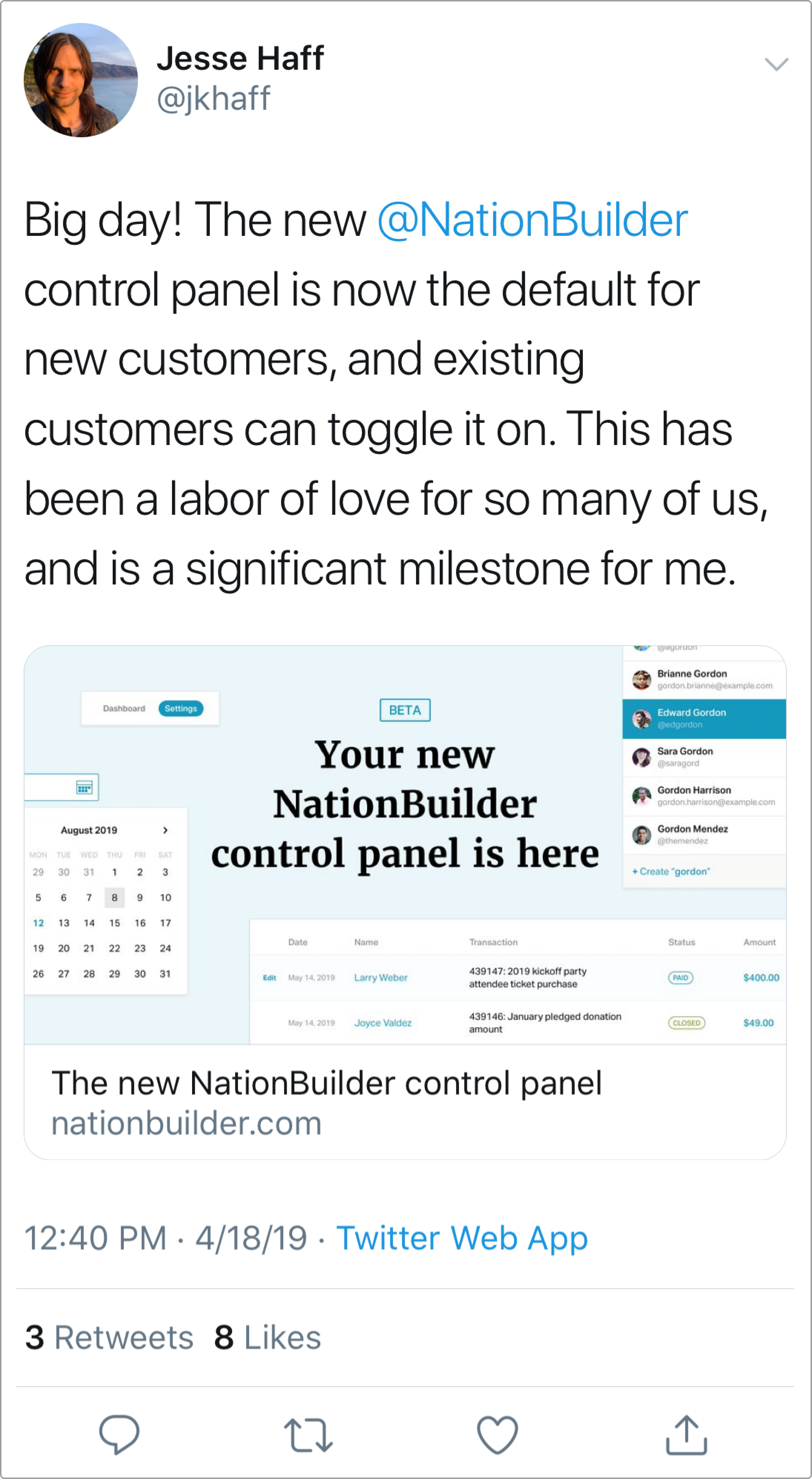 The updated control panel sports an all-new modern look grounded in one unified design system, resulting in improved consistency across layouts and interfaces for a drastically improved user experience, a distinct navigation hierarchy, clearer paths to important information, streamlined forms and tables, and much, much more. Our customers have voiced what a difference the new control panel has made in their day-to-day, and we’re excited to continue improving the experience––because with building software, the work is never truly over.

Although this massive, year-long project is now complete, it’s just the beginning of a new era for our product. Throughout the redesign, engineering pod Phoenix created many new systems and tools that unlock new possibilities for how we can continue to iterate on and enhance the product moving forward. One such system is the pattern library, a single source of truth detailing all of our platform’s UI designs, paired with accompanying documentation. The pattern library was the design team’s foundational project to start the redesign––and it has drastically changed how quickly and simply we can conduct the ongoing work of improving our platform and user experience.

“We're using the systems we set up so that, hopefully, we'll never have to do a massive redesign like this again because the product will just evolve… we’ll iterate continuously and I think that's what I'm most excited about... in two years things will keep looking different and that's exciting.” - Andrew Possehl

It has now been a few months since the new control panel went live. Pod Phoenix has split off to work on other projects, but a smaller portion of the pod has been renamed CPUX, for the work they’re doing to iterate and improve upon the usability of the core product. If you’d like to keep up with new features and updates they continue to make, you can do so here. And if you’d like to see those updates in action, jump into one of our software demos––we host them every Tuesday and Thursday––or start a free trial. 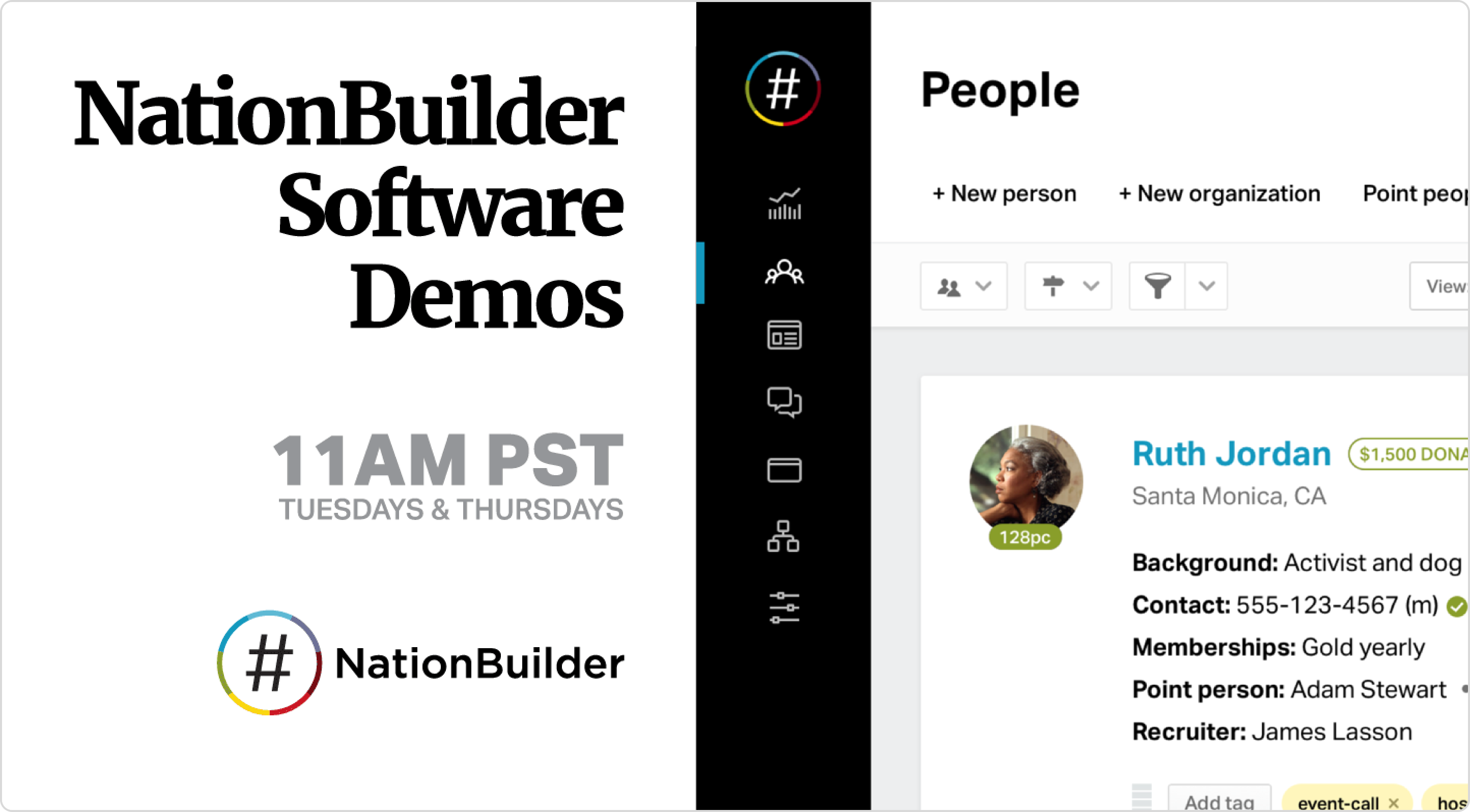 Finishing ahead of schedule, given that the end date was estimated as closer to October of this year, is one of the incredible wins of the entire project, and a testament to what’s possible when our community works together.

On this, Jesse Haff reflected:

“[The early finish] shows that if you have a team of people who have faith in the vision of where you're headed, you can accomplish anything.”

At the end of the day, we redesigned the control panel for those of you out in the world starting powerful movements, creating change for the causes you’re passionate about, and stepping up to lead your communities. We’ve made a commitment to providing you with the tools you need to do this important work, and we want to remove any barriers that might stand in your way––but we need your feedback to help us do this to the best of our ability. After all, we’re not just building this product for you, we’re building it with you.

Whether you’re a longtime customer or someone new to our software––let us know what you think. What’s working for you? What isn’t? What can we improve to lower the barriers to you making a difference in the world? Talk to us, and let's #BuildTheFuture together.

Want to catch up on the other two posts in this three-part series? See below:

Post 1 - Control Panel Redesign: The start of a new era for NationBuilder

How to build your GOTV infrastructure in NationBuilder