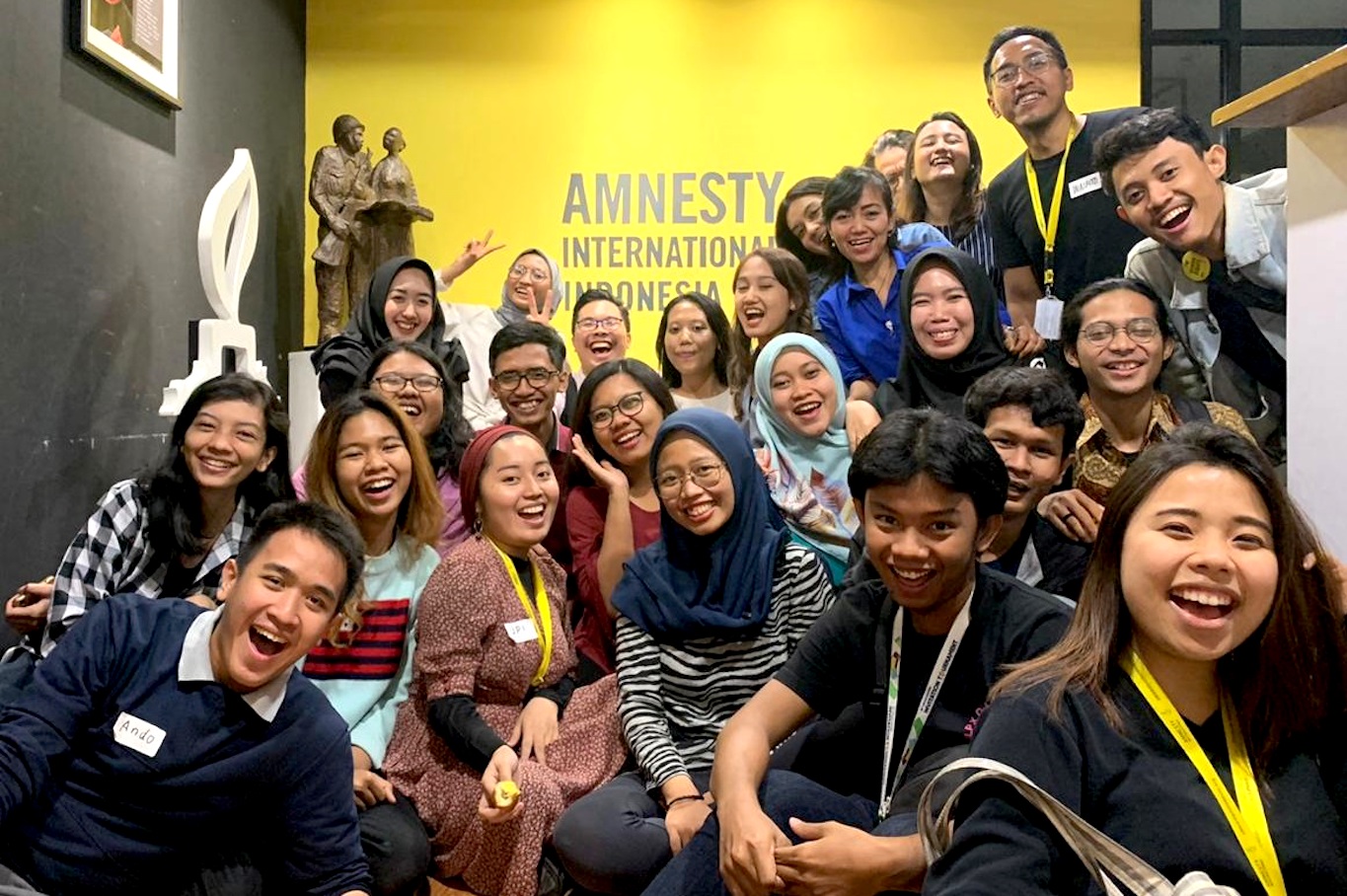 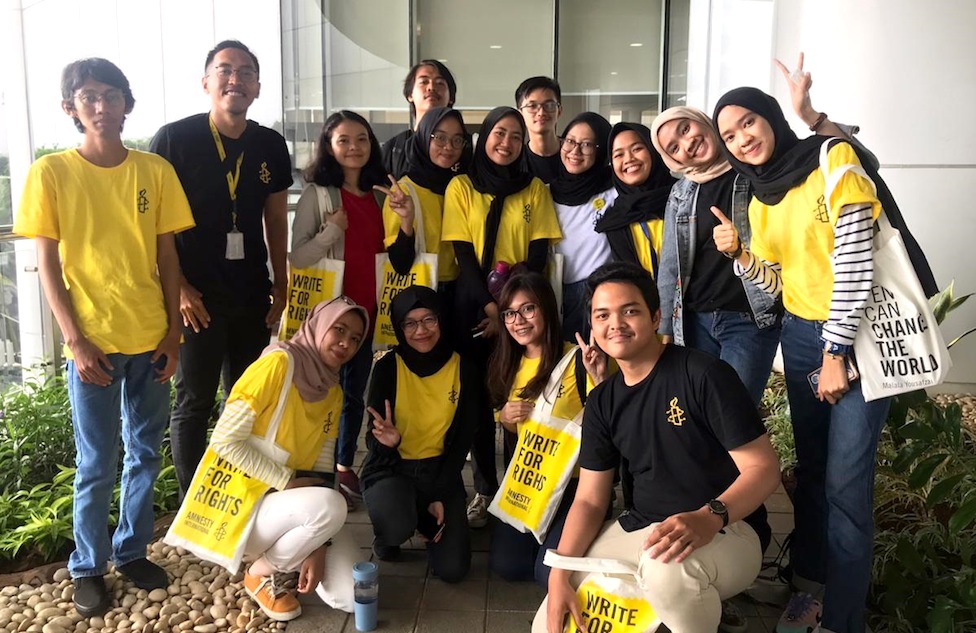 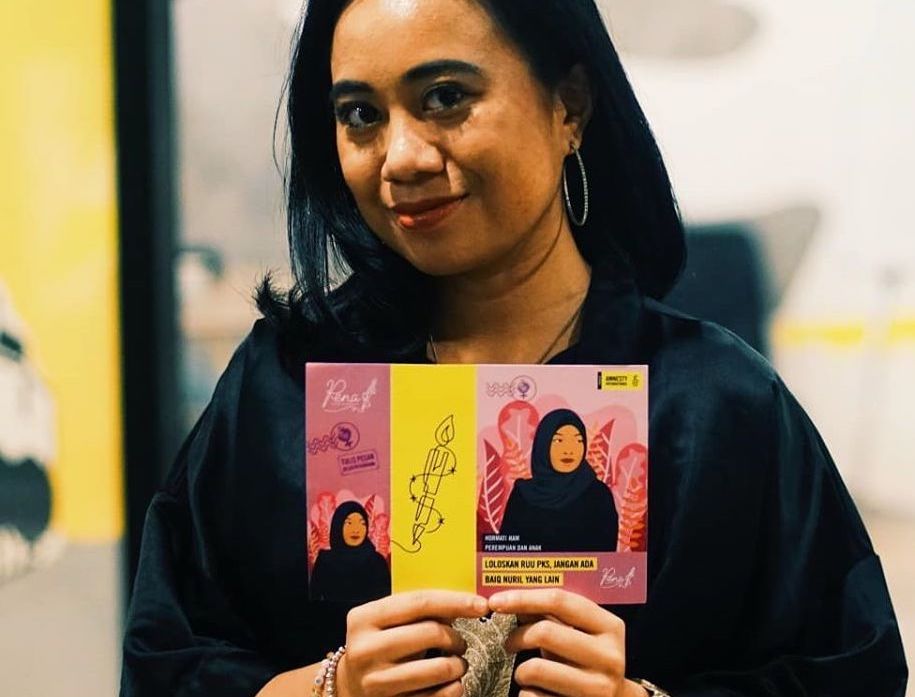 Amnesty International is a global movement to fight injustice and campaign for human rights everywhere. Its Indonesian branch, created in 2017, serves the vital purpose of protecting human rights defenders, freedom of expression, and the right to peacefully assemble in the face of government suppression and excessive use of force. When Amnesty Indonesia released their 9-Point Human Rights Agenda in advance of the spring 2019 Indonesian presidential election, their goal was to ensure that whoever was elected would not only prioritize safeguarding those basic rights, but also specifically address human rights violations toward marginalized groups including women, girls, and members of the LGBTQ+ community.

With a background in defending children’s rights, Elizabeth Nugraha joined the Amnesty Indonesia team for the chance to support human rights more broadly as their head of digital organizing. She started by creating a digital infrastructure that could support deeper engagement and future success. Working hand in hand with Lison Laissus, her NationBuilder Enterprise Account manager, she surfaced insights about the organization’s supporter base that created a meaningful way forward for Amnesty Indonesia’s mission.

“[Lison has] been really helpful in giving me ideas on how to structure things, and also how to move forward in engaging the supporters and volunteers who are really crucial to our organization," Nugraha says. "It's made reaching our overall goals a lot easier, especially in understanding who our supporters are and the topics they're interested in.”

After strengthening the organization's database, Nugraha was free to focus on both online and offline engagement strategies, like an impactful letter writing campaign to help hold officials accountable for the nine points of Amnesty Indonesia’s human rights agenda. The annual Write for Rights effort across all Amnesty International branches offered an ideal opportunity to re-engage supporters using a strategy they had never tried before on a local level. To make the ask as relevant to their Indonesian audience as possible, they connected each of the nine points to eight different cases of specific violations to illuminate the need to defend the rights of women and girls, human rights defenders, LGBTQ+ citizens, and the land itself (against corrupt practices in the palm oil industry).

Between September and December of 2019, not only did Amnesty Indonesia’s letter writing campaign meet their goal of sending nearly 5,000 postcards—double the number they’d achieved during global letter writing initiatives—they received media attention they couldn’t have anticipated. The twenty volunteers who delivered thousands of postcards to Parliament on December 10 were met by even more members of the press who were there to cover the event and, ultimately, bring greater awareness to the issues the campaign was highlighting.

Nugraha says, “During that [September to December] period, we organized in over 20 events. This was a good opportunity for us to engage very closely with our volunteers, because we had noticed through NationBuilder that there were a lot of people putting their hands up and saying, 'I want to volunteer,’ but until then, we didn't have a program to actually accommodate that need. This letter writing campaign was a great vessel we could use to start.” 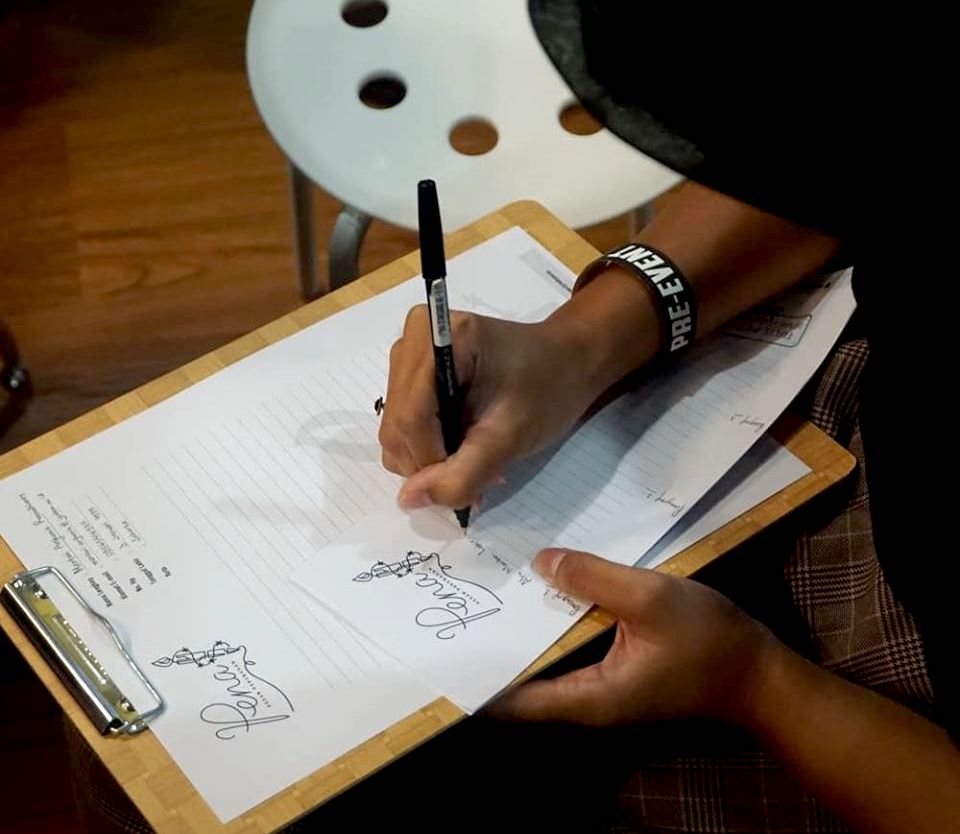 The campaign created ripples beyond just progress toward Amnesty Indonesia’s goals, as evidenced by some notable actions the government took shortly after. In the case of a human rights defender (and investigator of corruption) who had been blinded in an acid attack, the President ordered a more thorough investigation into his case, which had been suspiciously stagnant at the time of the initial letter writing. In the case of a teacher who was a victim of sexual harassment by her boss and nearly imprisoned for recording the incident, the President granted her amnesty—validating Amnesty Indonesia’s strategy of applying public pressure to hold officials accountable.

When the COVID-19 pandemic began in early 2020, Nugraha and her team faced the same challenge impacting organizers around the world, particularly those who rely on in-person events. As she frames it, “In Indonesia, the most effective way to engage with people is actually face to face. I think it's a bit different for countries like Australia or the U.S., where people are already familiar with signing petitions and taking action online. Indonesia is a very different context, especially with human rights. A lot of people don't want to be involved because there are instances of people being prosecuted or facing jail simply for peacefully expressing their thoughts, especially in the last few years. So this is a massive challenge for us.”

Nevertheless, in reaction to the Indonesian government’s slow response to the COVID-19 crisis, Amnesty Indonesia launched a petition in March to protect under equipped medical workers—fifteen of whom had died of the virus within a few short weeks of the outbreak. In collaboration with national nurses and pharmacy associations, they collected more than 7,000 signatures by the beginning of April, an impressive result given the uncommon nature of online petitions in Indonesia. In response to this pressure, the government pledged to set aside more than $100,000 for medical supplies as an initial measure.

Along with WhatsApp, Nugraha used Twitter to not only spread the word about the petition, but to recruit even more supporters into their NationBuilder database. After looking at the results of communications sent through NationBuilder versus messages shared via their social media accounts, Nugraha says, “I noticed that our communications department's report was a little different in terms of the topics our supporters are interested in. The topics that were popular with [my audience], were not popular on Twitter, and vice versa. We were like, ‘how many Amnesty supporters are also Twitter followers?’ And we found that out of 70,000 NationBuilder supporters and 20,000 followers, only 127 people were both.”

Knowing who among their follower base had interacted with Amnesty Indonesia on Twitter but had yet to sign up as supporters on their website, they could use the occasion of circulating their petition to DM each follower and prompt them to sign up. Out of the initial 4,000 Twitter followers they contacted, over 20% converted to supporters on their site, well within their goal of reaching 17-20% conversion for this round—which they hope to keep matching as they gain more followers moving forward.

“What I love most about NationBuilder is being able to understand our supporters a lot better,” Nugraha says. “Now we have really segmented our supporters based on our campaign issues, and it helps us identify which issues that we can continue working on. To be able to target our messaging has also increased our open and click rates by tenfold. For me it's been very satisfying—I've become the NationBuilder geek at the office.”

Her work has more than paid off: as of mid-June 2020, Amnesty Indonesia has already hit their annual goal for both supporters and volunteers.

How Steven Reed turned his mayoral campaign into a movement

Former probate judge Steven Reed won more than 60% of the vote in a competitive runoff election to become the first African-American mayor of Montgomery, Alabama.

How Film & Campaign turned a documentary into a box office success

NationBuilder Architects built their own cinema on demand platform to launch a compelling documentary and ignite a powerful day of action for educational inclusion in Germany.