How Steven Reed turned his mayoral campaign into a movement

Former probate judge Steven Reed won more than 60% of the vote in a competitive runoff election to become the first African-American mayor of Montgomery, Alabama. 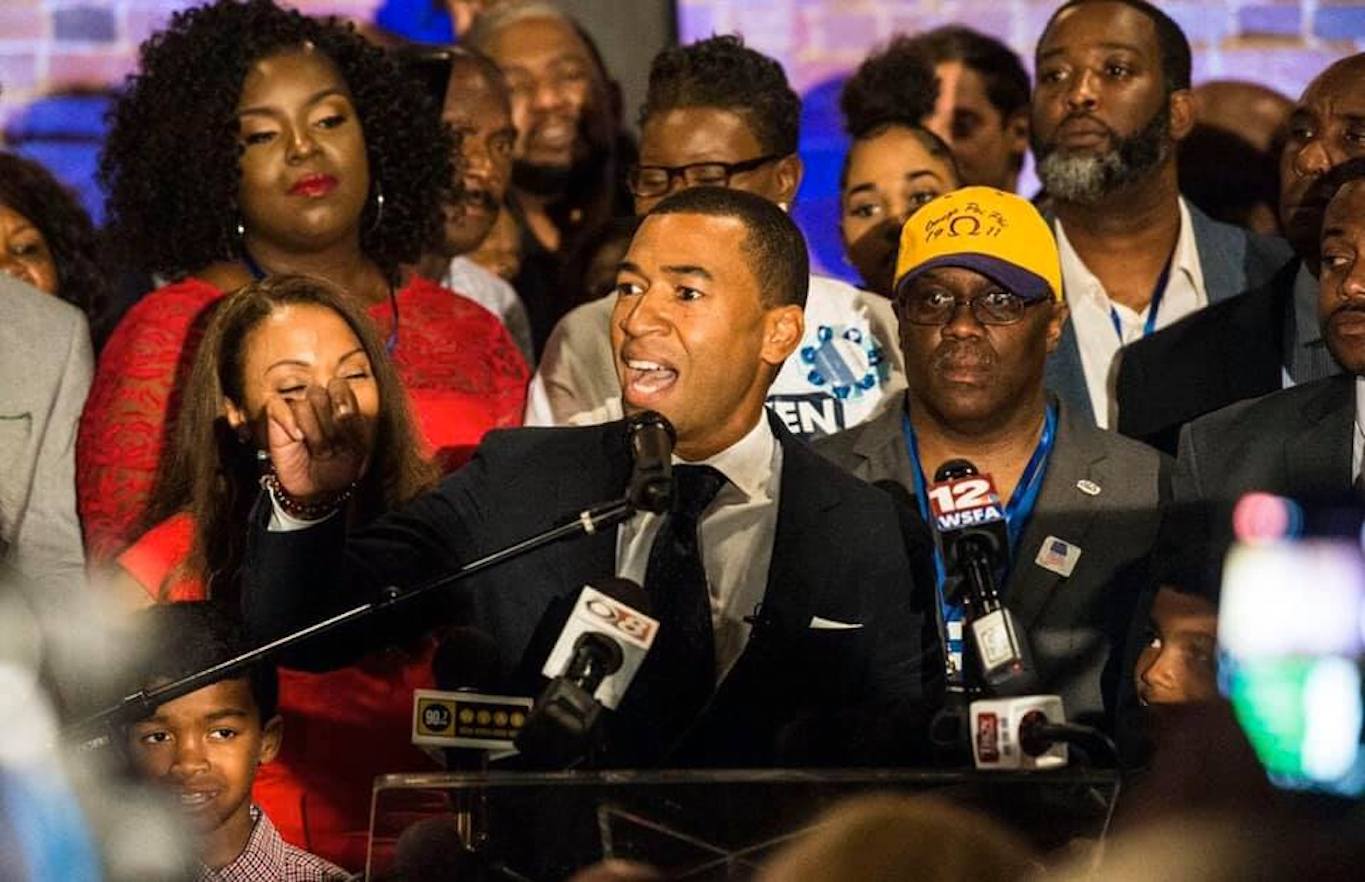 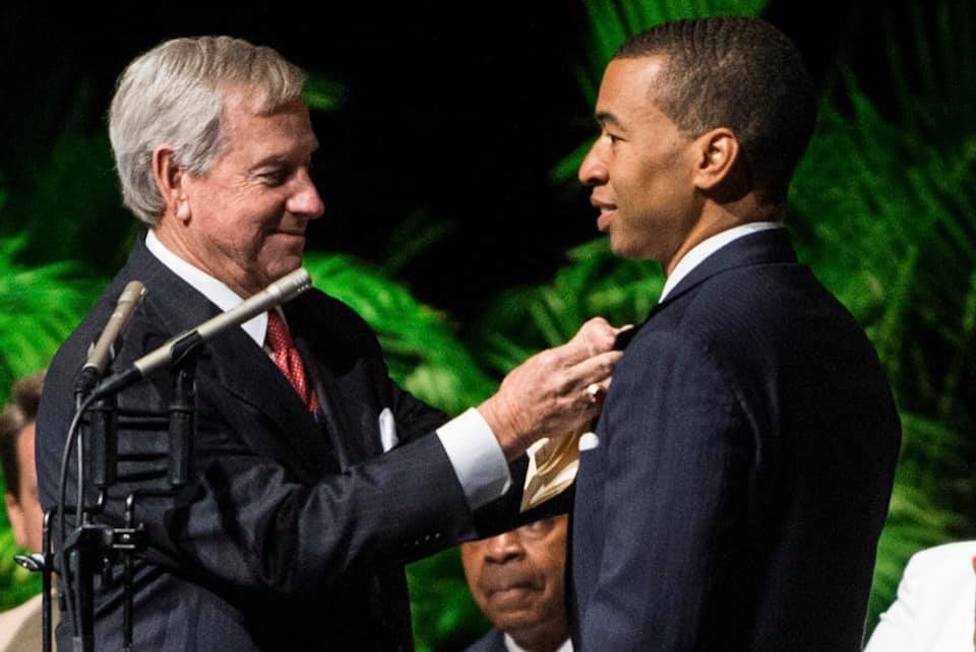 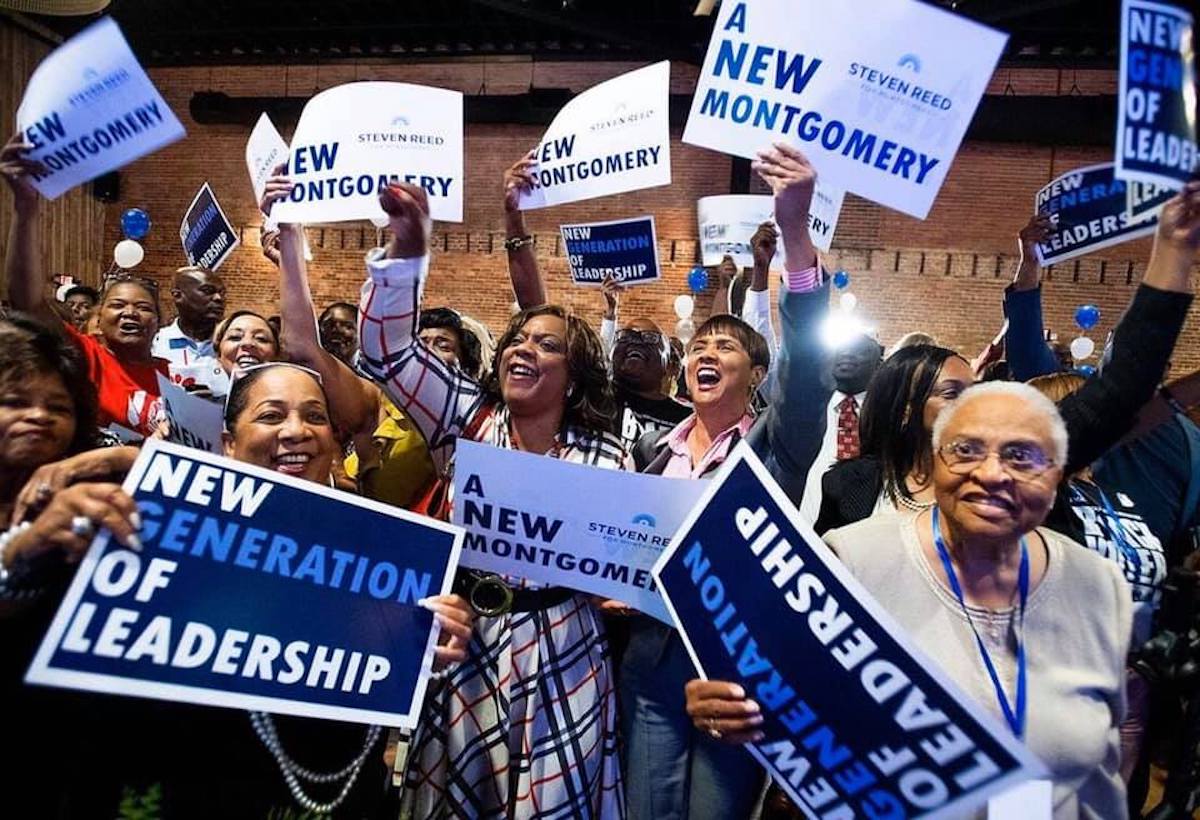 In a crowded field of twelve candidates running for Montgomery, Alabama mayor in 2019, several factors set Steven Reed apart. At forty-five, he was among the youngest of contenders running, and yet he’d already set a precedent of making history in local elections. When he became Montgomery’s probate judge in 2012, he was the first African American and youngest person ever to hold the position. The impression he’d made in that role was evident to Field Director Felix Parker as he and his team canvassed local voters about Reed’s candidacy.

“Number one, we had a good candidate,” Parker says. “In his capacity as probate judge, he really proved himself and earned the people's trust. So, as we would go out, everyone would be saying, ‘Hey, you're doing such a good job as probate judge, why would you be the best Mayor? I don't want to lose him as probate judge.’”

Coincidentally, some of Reed’s team was composed of organizers who had worked on another history-making Alabama mayoral campaign—that of Randall Woodfin, the youngest mayor elected in more than a century in Birmingham. One person in particular, Chris Barrineau, brought with him a working knowledge of NationBuilder and belief in its power as an infrastructure for data-driven campaigns based on that experience. “My role on the campaign was two-fold: one as campaign finance director; two as data manager and NationBuilder manager,” Barrineau says.

Barrineau and team set up the fundraising infrastructure and outreach strategy, which would drive nearly $800K over the course of the campaign using a combination of email and texting for small dollar donations as well as other fundraising tactics. They had amassed a database of avid supporters, which, paired with the right segmentation, delivered average email open rates of eighty-five percent. Says Barrineau, “Using a tool like NationBuilder is an easy way to keep people engaged, because you've got everything at the click of a button right there at your fingertips. You can actually go in and warm [people] up and get them engaged in the campaign via updates, letters, those kinds of things, so when it comes time to [mobilize] them either via a hard call or an email or something like that, you've prepared them… It's extremely powerful because when [we got] down to the end of the campaign, closer to two or three days out from the election, we [could use] all of our resources through NationBuilder to actually turn people out.”

Volunteer interest surged, particularly after Reed participated in public debates—as did Parker’s field operation. Canvassers went out equipped with a walk app and a script that stuck to Reed’s central message about how he aimed to help Montgomery voters Live, Learn and Earn. Around July 15,” Parker says, “we knocked our 15,000th door. Of that 15,000, 12,000 [were] for Steven. Once we realized that we had 12,000 people, it really changed our rhetoric and our message going into the first August 27 election. We thought we [might be] the only campaign that could win outright, and a lot of that goes to NationBuilder and the quality of our data.”

In the high-energy runoff election, Reed won with over sixty percent of the total vote, with an impressive turnout of over forty percent—whereas the previous mayoral election had only driven thirty-two percent. In addition to a “brilliant team” and skillful ground game, Barrineau attributes some of their success to well-placed integrations with NationBuilder partners eCanvasser and CallHub.

“It just enabled us to work efficiently and effectively, and without that, I don't think that our turnout would have been as high.” Barrineau goes on to say that they, “had a combination of a great foundation of data using NationBuilder, and a great campaign staff, and an even better candidate––how could you not win?”