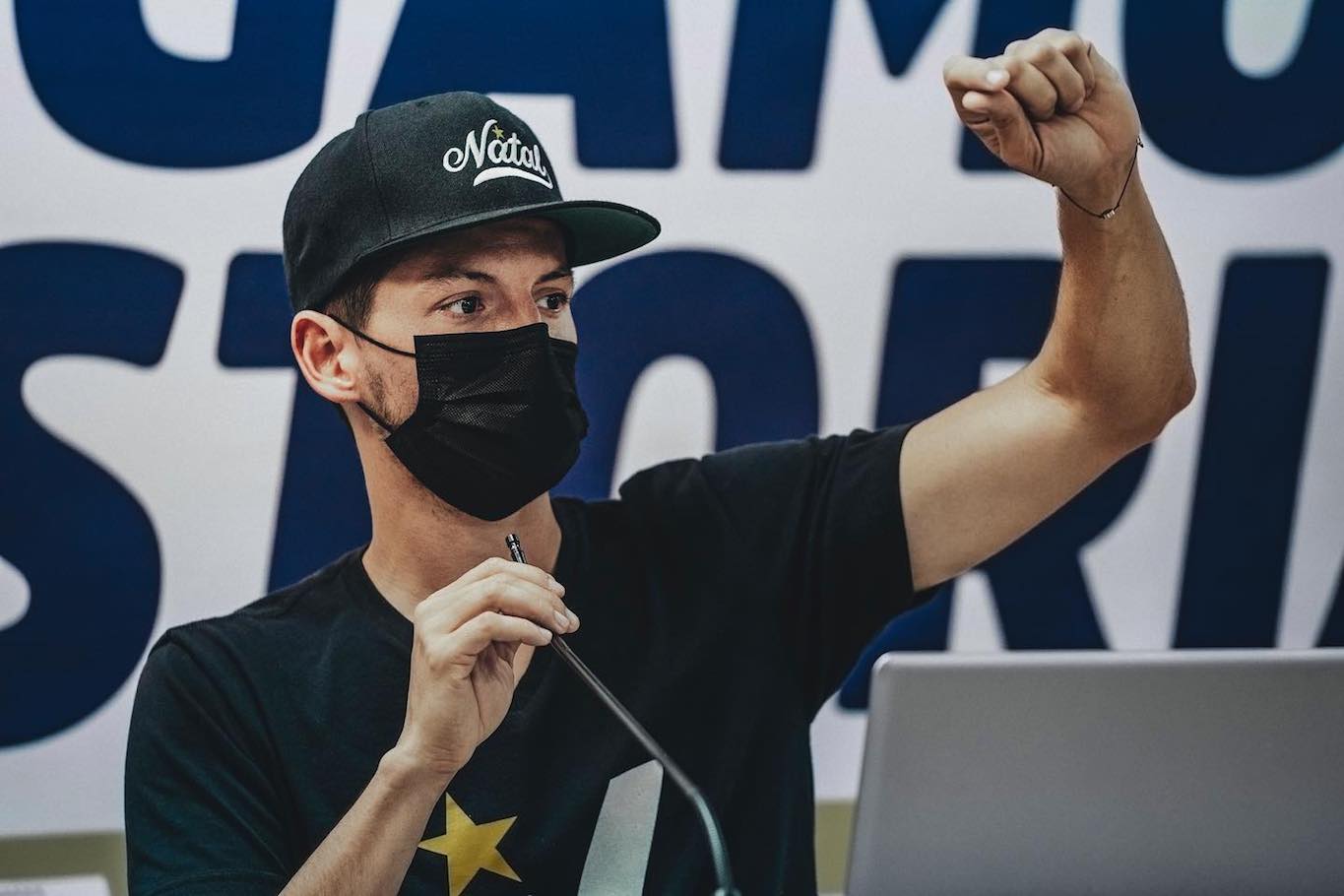 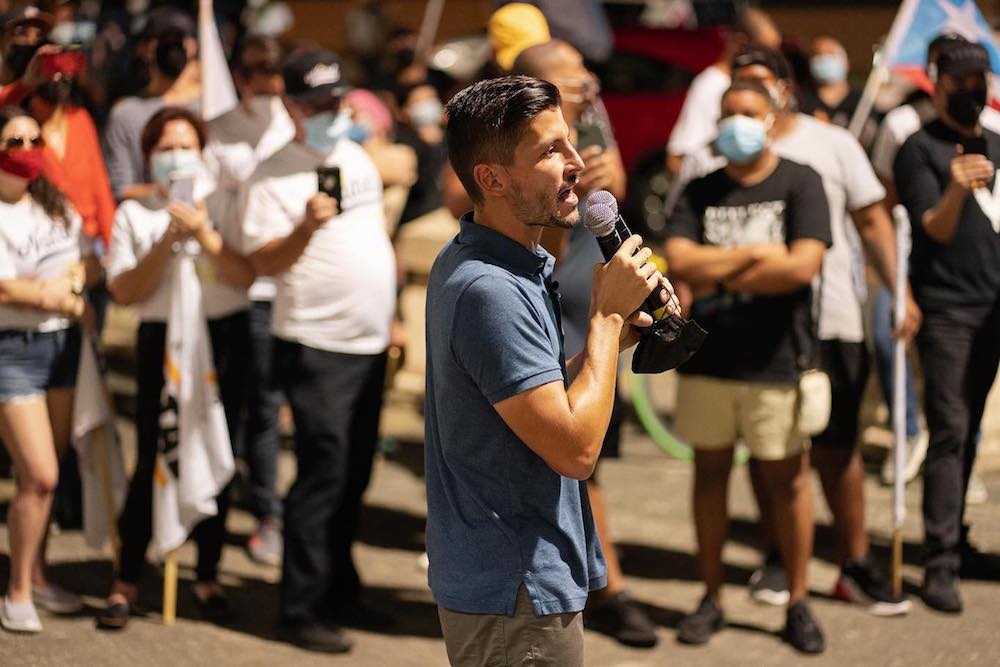 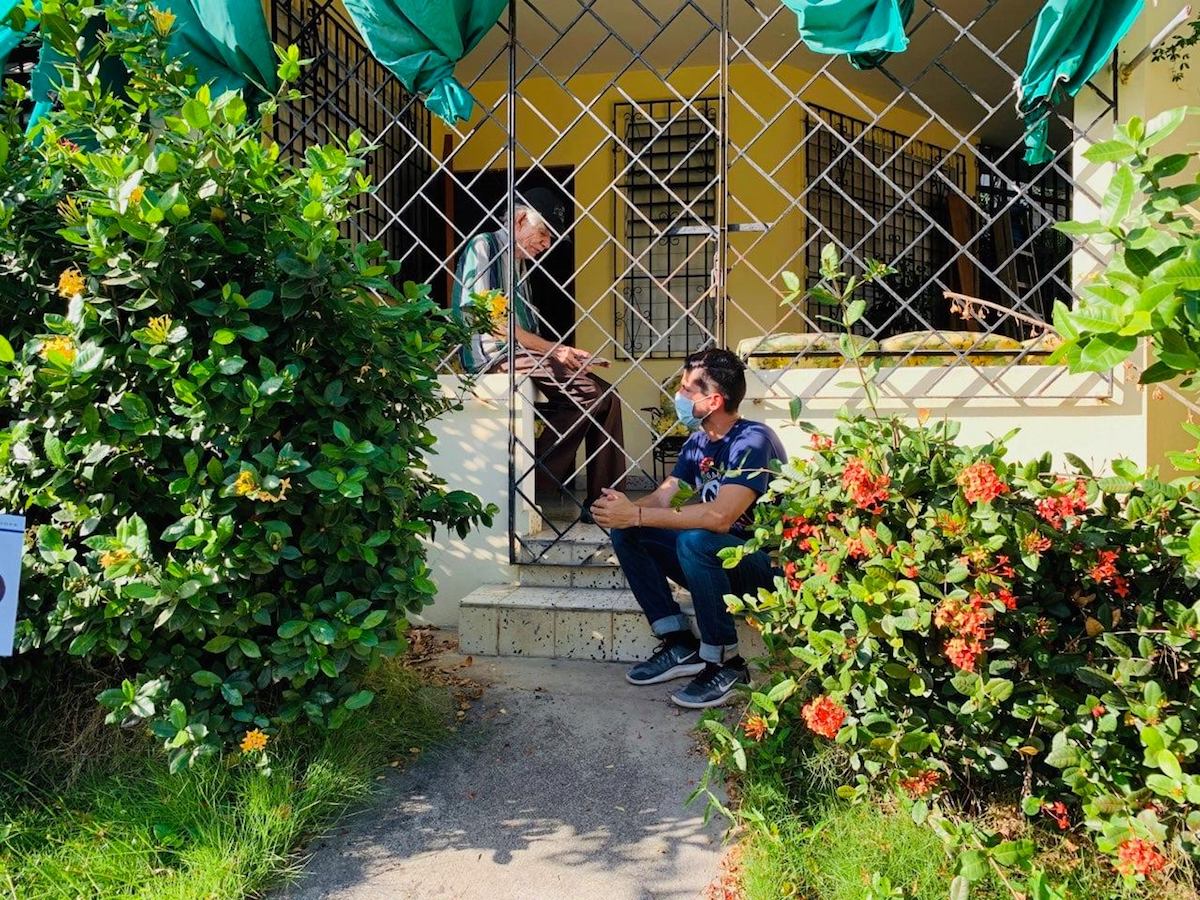 On the night of the 2020 San Juan mayoral election, those following the race in Puerto Rico and beyond witnessed an upset: with nearly all precincts reporting, it looked like Manuel Natal Albelo, the candidate who all the polls showed as losing or in 3rd place, was actually winning by 4,000 votes. The 34-year-old upstart, representing the newly launched Citizens’ Victory Movement, had raised a fraction of his opponent’s budget, and yet, he was beating Miguel Romero Lugo of the well-established New Progressives Party (NPP) on election night.

Before his candidacy, Natal had been the youngest elected legislator in the Popular Democratic Party, the other most established party in Puerto Rico. When ethical concerns arose for him about internal corruption, he publicly resigned and left the party. A year later, he joined forces with the activists who were working to assemble the Citizens’ Victory Movement by mobilizing volunteers to register as their own party in advance of the 2020 election. 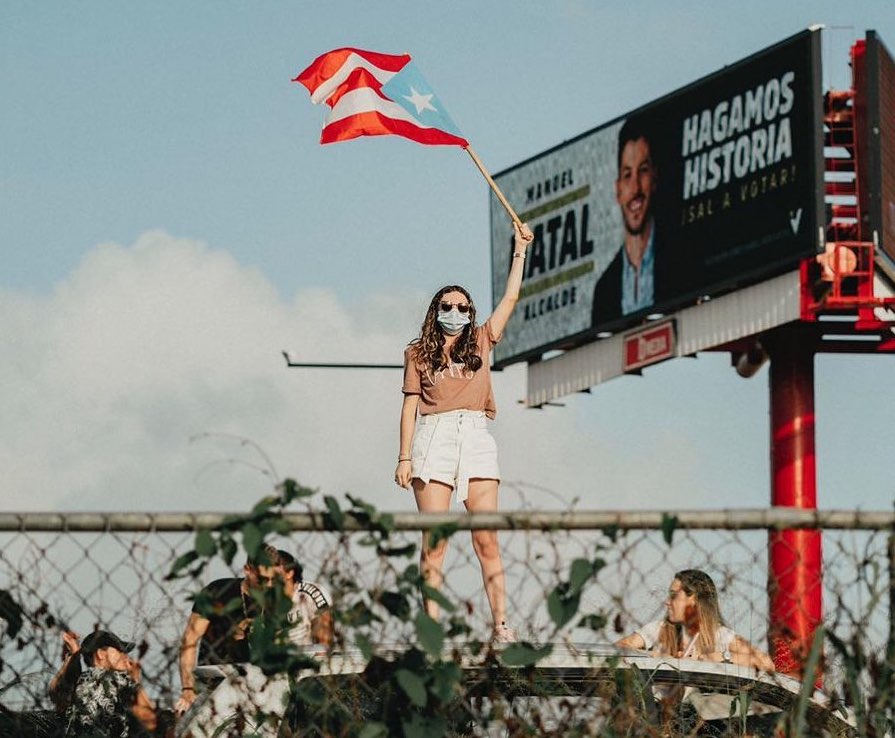 Watching this new party from afar were Pablo Benson and Francisco J. Casablanca, two New York-based activists who had each volunteered on campaigns for progressive candidates like Alexandria Ocasio-Cortez and Tiffany Cabán, as well as movements like Occupy Wall Street. When the opportunity came up to contribute their expertise to Natal's budding mayoral campaign, they jumped at the chance to bring digital-focused organizing models “back home.” Knowing at the outset that this would be a grassroots campaign without the resources and infrastructure that established parties could lean on, they would need to make the best use of the voter file they could within an integrated CRM that made digital communications and volunteer management easily accessible—which is why they chose to work in NationBuilder.

When the pandemic forced a pivot away from the in-person neighborhood meetings that had initially grounded the Natal campaign’s strategy, digital outreach to learn as much as possible about their voter communities became the first priority.

“As an insurgent campaign,” Casablanca says, “we didn't have any list for understanding who was with us. We also had limited capacity to call people with phone banking, but a good capacity in terms of texting. So what we started doing was [texting] the whole universe to see which phones are landlines, which are mobile, who supports us, who doesn't, who might have mentioned they're from another party, so we could tag them differently [in NationBuilder]… It was a way for us to understand our universe.”

In late summer, they started accelerating their volunteer efforts and integrated phone banking into their strategy using partner app CallHub, and by September and October, they had a fully ramped volunteer program, were hosting daily canvassing and phone banking sessions, and running a successful texting operation—a strategy that was new to campaigning in Puerto Rico and quickly adopted by competitors. As Benson frames it, “We were innovating and adding things into the ecosystem that you could immediately see the impact [of] and see others adjusting their tactics as well. It was very much thanks to the fact that we were able to cut lists really quickly, that we were able to respond really quickly to events on the ground.” Though Natal had a strong social media following, the campaign needed to create more exposure to older voters who weren’t necessarily online. In addition to texting and phone banking, they set up a fundraising page and maintained regular outreach to donors so they could supplement those tactics with ad buys to meet offline voters where they were. 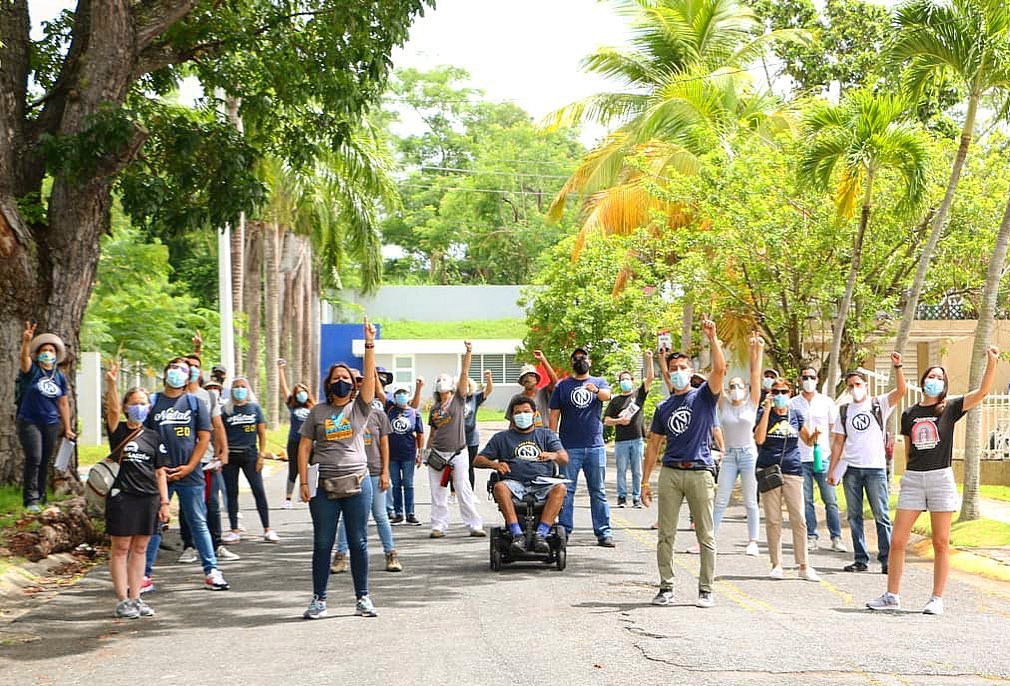 Then came election night. While mainstream media outlets seemed baffled by Natal’s success, Benson describes the campaign team as feeling excited and validated that San Juan voters were ready for change. However, the early voting and mail-in ballots—which were only available to people over 60 years of age—had yet to be counted. Amid reports of uncounted ballots and mail-in ballot irregularities (like hundreds of extra ballots surfacing in one large precinct), Natal’s base sprang into action to help ensure that the final count proceeded fairly. Benson recalls:

“In the immediate aftermath of the election, I think a lot of people were still on the sidelines because they didn't really imagine [a win] was possible. Once we showed them it was possible, that just activated thousands of people—citizens who were never really involved in politics—and they all showed up to help us make sure we had enough poll watchers there to oversee this whole process. That overflow of humanity was such a beautiful sight to watch. The fact that we were able to manage it and follow up with folks in a coherent way is what allowed [them] to continue to be motivated a month after that initial trigger moment and euphoria of, 'wait, this is possible.’ So props to NationBuilder for helping us make that happen.”

Within two or three days, hundreds of volunteers had signed up to be a part of the effort. At that point, the Natal campaign needed to train and assign shifts to all of them, which would have been a daunting proposition if they hadn’t had the tools at their disposal. “It was thanks to the fact that we had by then a well-running CRM that we were then able to use workflows and manage this,” Benson says. “It was this hugely complex, logistical venture that we had to manage, and it was thanks to NationBuilder that we were able to do that at scale… That we were able to be in constant communication with our volunteers and supporters, that we were able to track and see who our super volunteers were—I can't imagine where we would have been if we'd done things in isolation of each other, without that integration.”

Though the ultimate outcome of the count was that Miguel Romero Lugo won by a narrow margin, Casablanca and Benson see this as just the beginning of the exciting work that can be done within this newly engaged voter base. Now armed with a clean database of volunteers and supporters, they’re about to begin planning for 2024 campaigns and seeing how they can replicate the successful strategies employed in San Juan across the other 78 municipalities in Puerto Rico. As Benson sums it up, “Even though [we lost] this election, I think we won in a lot of other ways. I think the example of Stacey Abrams in Georgia just goes to show that even from a confusing or disappointing result, if you're patient and deliberate and intentional, you can build upon that for the next cycle, so we're really excited about that.”

“The fact that we were able to follow up with folks in a coherent way is what allowed folks to continue to be motivated a month after… So props to NationBuilder for helping us make that happen.”