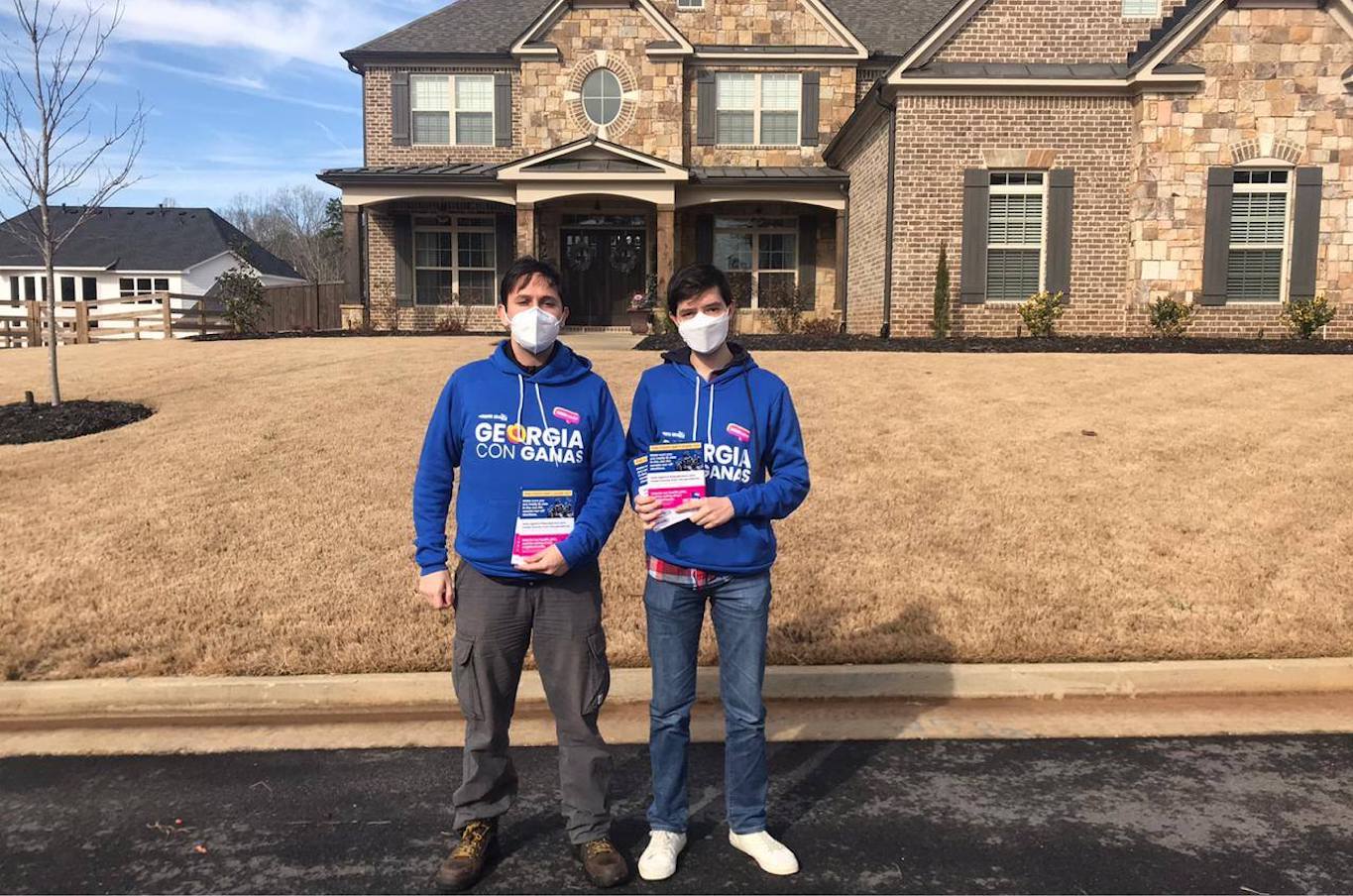 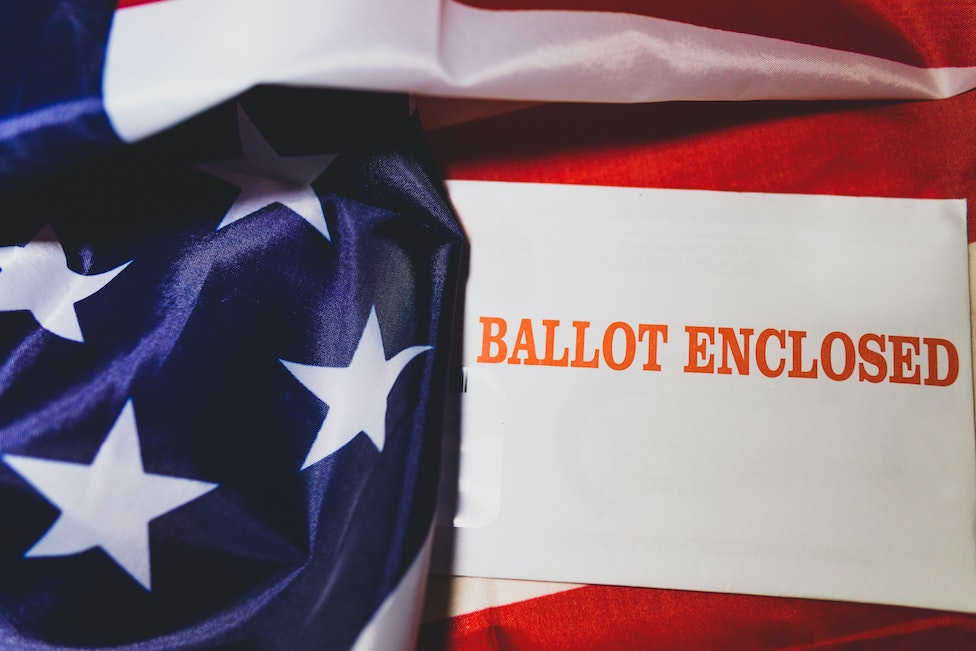 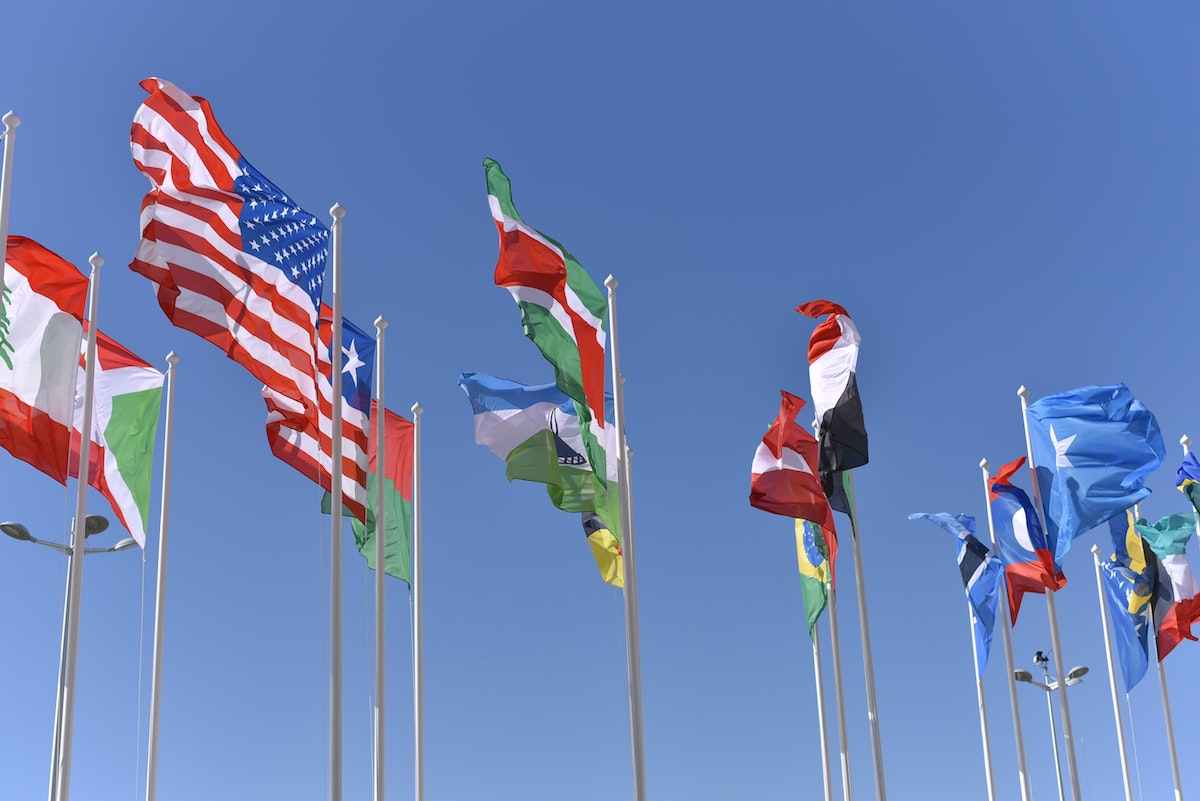 Shari Temple was on the brink of an early retirement when she started organizing with Democrats Abroad. Seventeen years later, she’s still hard at work. While Temple hasn’t always considered herself politically involved, she has always been deeply committed to exercising her right to vote; she hasn’t missed voting in a single election to date. Now, as the head of global IT for Democrats Abroad, she’s helping Americans all over the world do the same.

Originally launched in 1964, Democrats Abroad is the official Democratic Party arm for Americans living outside the United States––nine million of them in over 200 countries, to be exact. With members residing everywhere from France to Antarctica, streamlining the voting process and getting out the vote are both major priorities for the organization. To help with this work, they’ve also created “Vote from Abroad,” a complementary non-partisan site where any expats can register and request ballots.

While paper and pencil were the norm when the organization first got started with its organizing work, they’ve since made the shift to digital tools. In her time since joining the team in 2004, Temple has seen a handful of platforms come and go, but in late 2015, Democrats Abroad ultimately landed on NationBuilder for their membership management, and are currently using it to manage their emails, website, donations, events, and more. They’ve also made it easy for site visitors to sign up on the Vote from Abroad site and automatically opt-in to become Democrats Abroad members without filling out any additional forms. In a year like 2020, those small conveniences have made a big difference––one that’s reflected in the 50% increase they’ve seen in their membership base since January. And they’ve been working on keeping up the pace throughout the year. 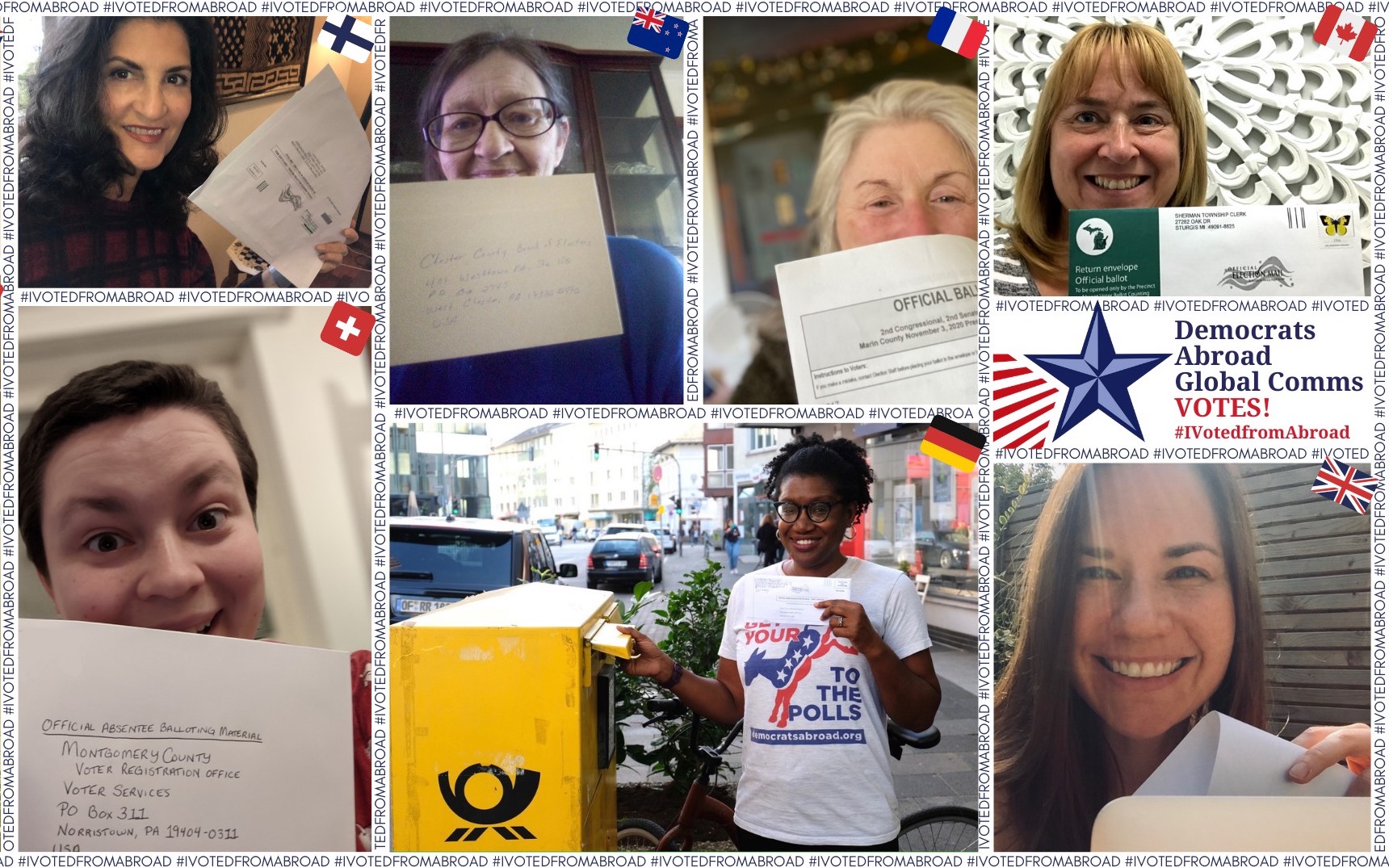 With a membership base that’s so widely distributed, segmenting communications by members’ voting states has been critical in getting the right information on rules and deadlines into the right hands. But the influx of political emails this election year has made it harder to be seen among the ever-frequent communications from the campaign, the DNC, and other organizations, and Democrats Abroad struggled with an uptick in their unsubscribe rate. To combat the issue, they set up a subscription center where supporters could adjust their settings and opt in to specific types of emails, an update that led to re-subscribing 100% of their members who’d previously unsubscribed, with a mere 10% choosing to opt out again afterwards. They also used their emails as a way to keep track of who’d voted so far. In the postscript of each email they sent, they included a link members could click if they’d voted, which automatically tagged them in the database accordingly––and over 70% of their members reported voting. From what they’ve seen so far, the high turnout among overseas voters was the margin of victory in at least a few races, including some for the House of Representatives.

On additional efforts to stay in regular communication with their member base, Temple says: “We used CallHub to contact all our members. On average, we probably touched every member at least three times:  for the primary, for requesting their ballot, and then for actually submitting their ballot. We have a direct integration between CallHub and NationBuilder, pulling the data from NationBuilder, sending it to CallHub, and then based on the results of each call, tagging and setting up follow-ups within NationBuilder.”

In parallel with that work, they’ve been running regular webinars and online events to provide additional guidance and resources to their members. These events have featured notable guests such as Stacey Abrams and candidates from the primary election, which drove notably higher attendance than other programming––in some cases topping out at over 1,000 attendees per live event, with 5-6,000 watching on Facebook. They’ve also hosted issues-based webinars with speakers from corresponding areas of interest, along with online events to facilitate discussion around video clips on different topics shown during the session. To help members see the scope of online events happening at any given time, Democrats Abroad has set up a map feature for a zoomed out view of all that’s happening in different areas of the world. 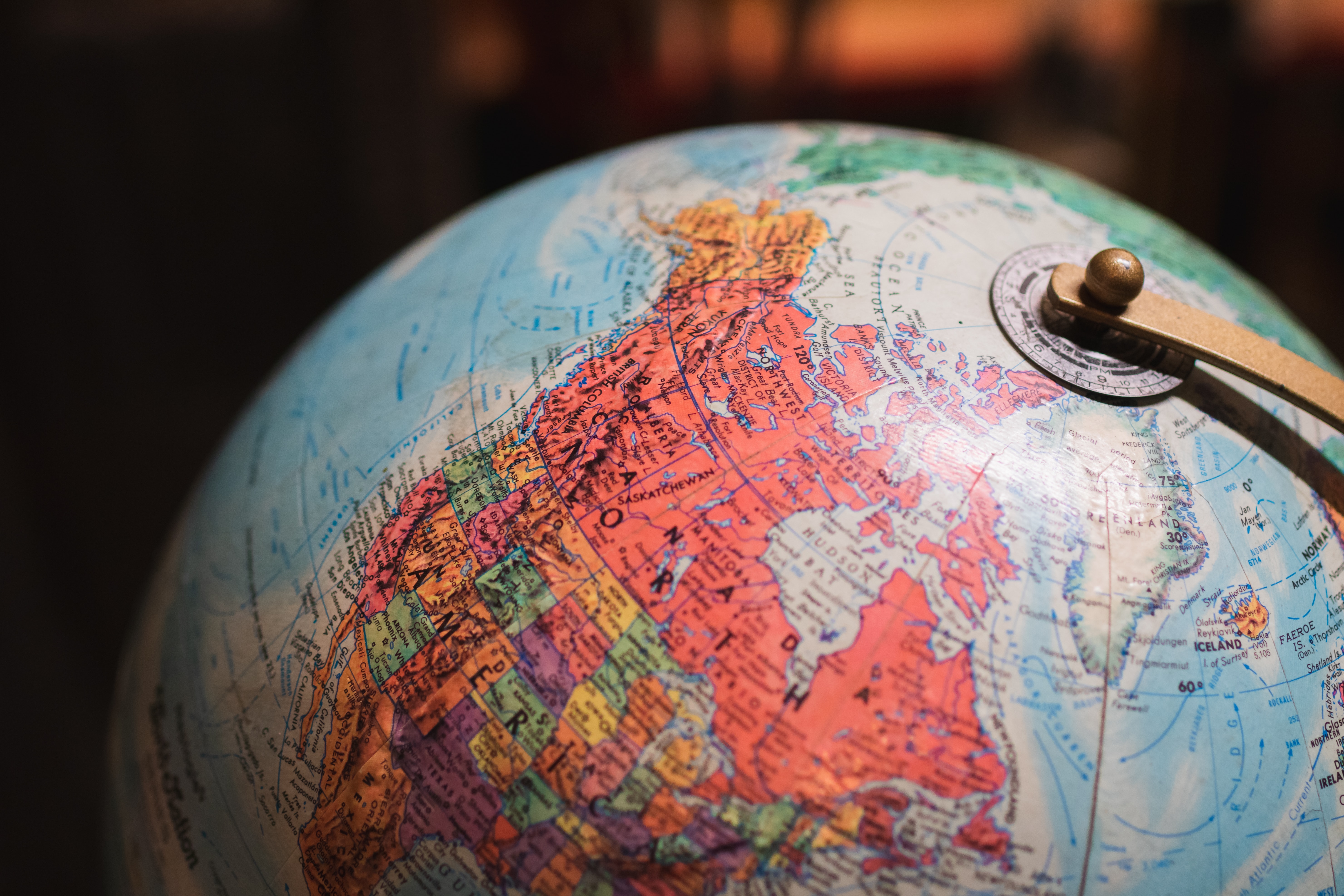 To help manage all this ongoing work, they’ve distributed leadership to a few key regions: Europe, the Middle East, Africa, Asia Pacific, and the Americas, each with its own dedicated regional vice chair. In addition to that, they have country committees in place for any country with over 100 members, and for the largest country committees, they’ve even got voting representatives who make up the decision-making body across the organization. To round things out, to better support affinity groups, they have caucuses for representation of women, the military, LGBTQ, and more. The team also stays flexible with changes in the configurations of its volunteers to meet the demands of any given moment. This past year, for example, when phone banking became a priority, a team assembled to coordinate across different countries, time zones, and interests.

On the dynamic team they’ve got doing this powerful work, Temple says: “We are part of the Democratic National Committee and as such must follow the rules of the DNC and FEC as far as donations are concerned, but despite being a fully volunteer [run] organization without a single paid staff member, we get a hell of a lot of work done.”

Now, with the election finally concluded, Democrats Abroad is shifting to their annual membership clean-up. The process includes confirming that their data accurately reflects who’s still living abroad, along with up-to-date emails, phone numbers, and home addresses for those individuals. Last January, they’d reached 92% data cleanliness, a new record at the time and a worthy goal to strive for this year. They’ve also started reflecting on their work this election cycle and reaching out to their member base for feedback through surveys––feedback that’ll help get their strategies in place as they look ahead to 2022.