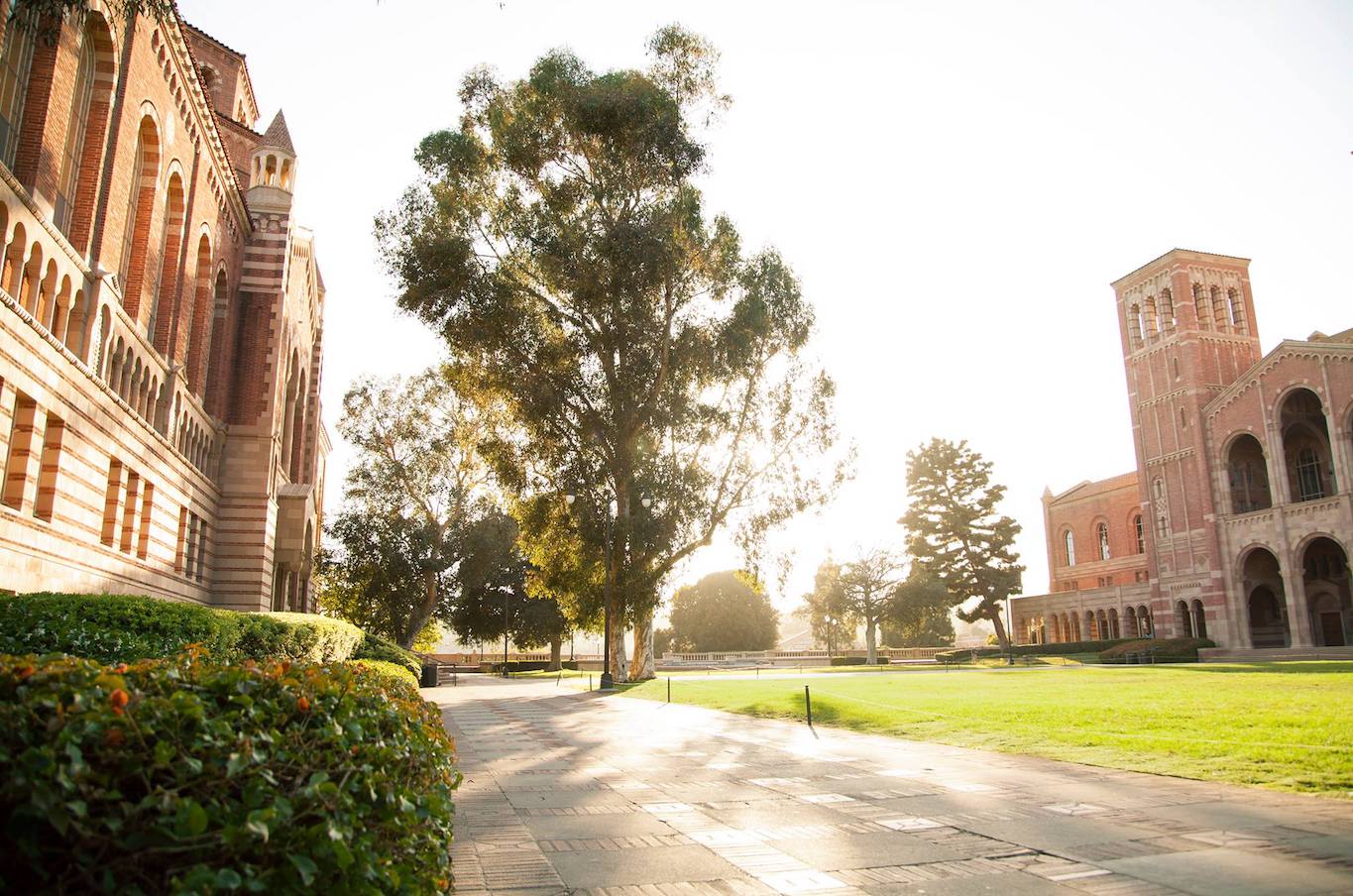 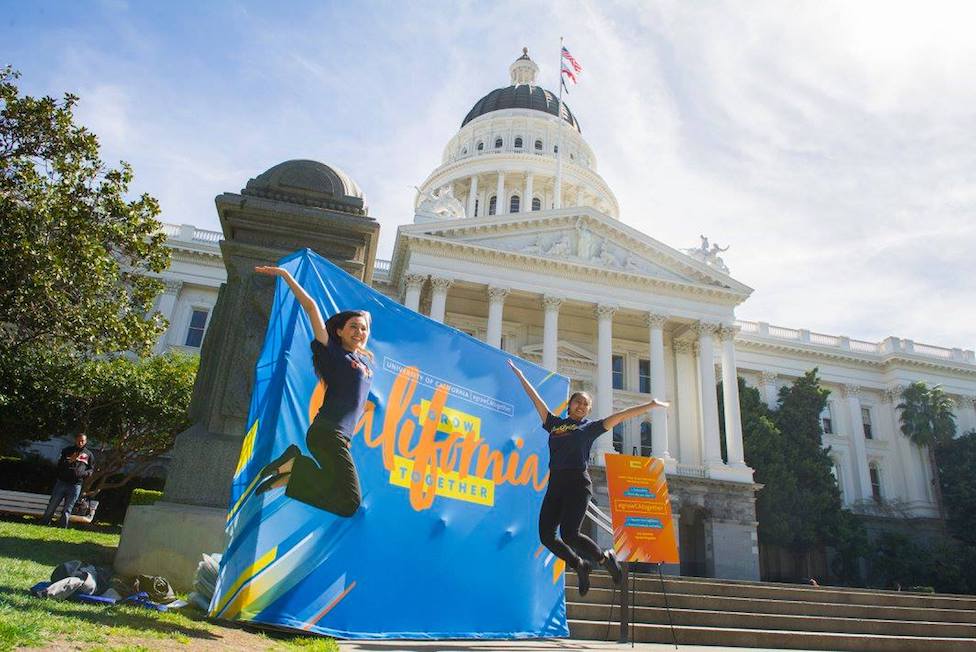 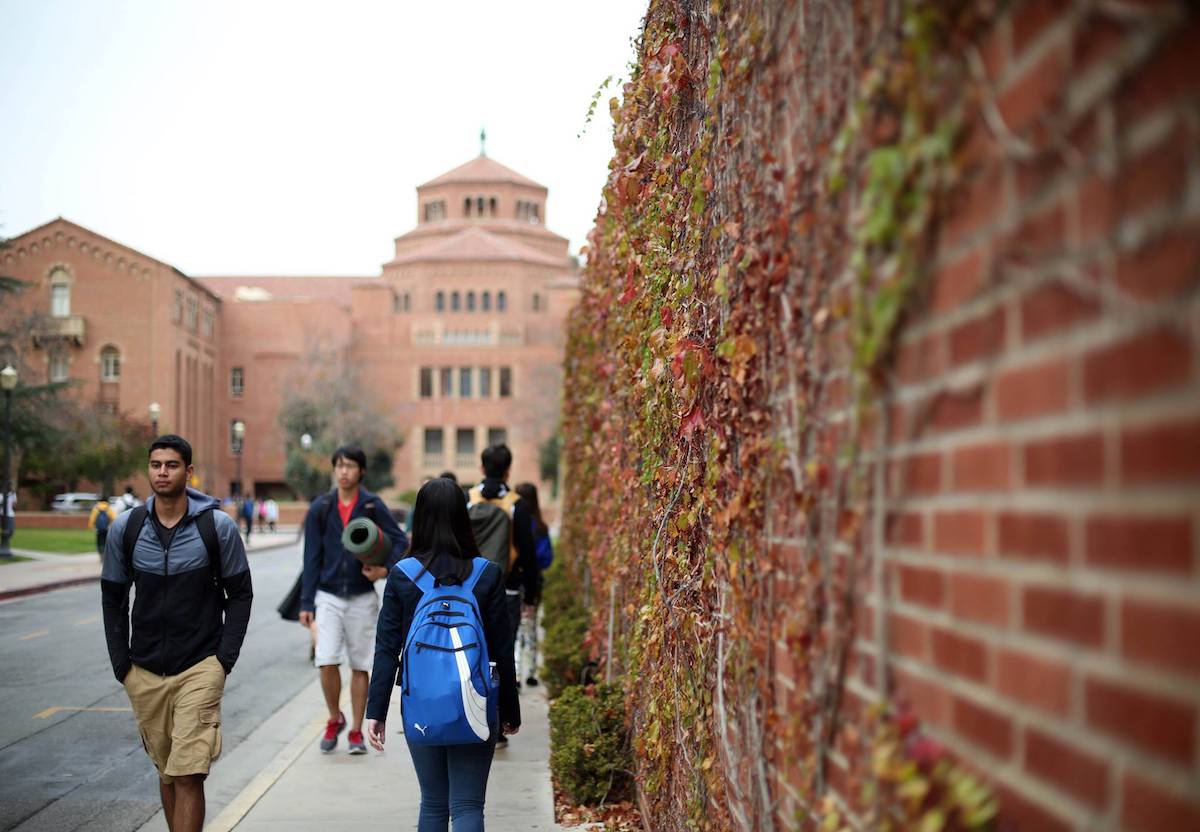 In September 2016, the office of California Secretary of State Alex Padilla launched a historic partnership with the California State University (CSU) system, the University of California, and the California State Student Association supporting voter registration efforts across all twenty-three publicly funded campuses throughout the state—intended to “register, engage and empower the more than 2.7 million students in our higher education system,” Padilla said. In order to make good on that goal, public universities needed to implement an automatic voter registration system akin to the “motor voter” system employed by the California DMV. A UCLA student named Rafi Sands helped pilot the program, and after many hours of IT work, a close collaboration with the UC Advocacy Network (UCAN), and deployment of a well-placed NationBuilder form, UCLA has created a seamless pipeline for engaging students to become both registered voters and longer-term advocates for the academic community where they are the primary stakeholders.

During the time Sands was working with the UC IT team to sort through the intricacies of reaching students at their actual campus locations when their mailing addresses may be unclear or outdated, he was also serving as an advisor to the UC Board of Regents and working with Meredith Turner, the Associate Director for Advocacy with the University of California, to help UCAN’s efforts to grow and revitalize their newly rebranded online community and help students feel more connected to the issues through which they can have the biggest impact on their legislators.

“I had this idea,” Sands says, which was: “The work I’m doing with Meredith and UCAN, it’s really aimed at getting students, staff, faculty, and alumni, and other members of the UC community to join UCAN and become UC advocates for good. They have to voluntarily choose to do that. We want people who are actually interested in this, and one of the problems was that we [didn’t] have very many students. I thought, what if we could somehow integrate into this portal and say for students who are registering to vote in the system—one click and they’re also signed up as a UC advocate? With NationBuilder, we’re able to pull the data we’re already requesting from them to register to vote, and at the same time as we’re applying it to the Secretary of State for them to register, we can also apply it to the NationBuilder UCAN database so they’re signed up for that as well. We’re able to tag [each person] as a student, as a member of UCLA, and get their email. That was really exciting, and I think that in time we’ll be able to see many more students signing up because they just [wouldn’t] know about UCAN otherwise.”

To make the most of this opportunity, the behind-the-scenes work for UCAN required paring a messy, outdated database down to the most interested and current list of supporters before they reached out again to the larger student body. According to Turner, “People had been put into our database and hadn’t ever opted-in, nor had anyone really cultivated a relationship with them. We spent many months going to that large group and identifying the people who really wanted to be a part of our community. One of the achievements we made over the last year is that we did go from about 11,000 advocates to about 18,000 in our first year.”

As a result, UCAN was able to mobilize student support to hold off a tuition hike after months of successful advocacy and important conversations with lawmakers about funding for higher education. So far, the ongoing engagement from student advocates with UCAN communications has been encouraging. Says NationBuilder Account Manager Dana Saydak, “Because UCAN is capturing information on how people are connected to the network as well as how they want to be engaged, they consistently see 40% open rates on all emails, which has been tremendous. It further highlights the impact and success of targeting and talking to people about the things they want to hear about.”

And, with more than 200,000 students and thousands of staff at UCLA, it makes a huge difference for targeted advocacy organizations like UCAN to gain exposure to the larger campus audience in a scalable, relevant way.

“The opportunity is to activate students immediately,” Saydak says. “In the process of registering to vote, a student can also check a box that sends UCAN that person's contact info, so the database will reflect that they have registered to vote and want to be an advocate for University of California, specifically for UCLA. That way, the organization doesn’t have to find them again later on their educational journey as a student, as an alumnus, or as a faculty member. UCAN can capture them in the moment at which they first become an active voter within the university.”

The more UCAN can grow its UCLA community, the more they can prove the value of their digital organizing model to other schools. “Ideally, the UCLA example will be successful and we can have every other campus do the same thing,” Turner says. “That would mean that every year as new students are coming in, we’ve got a pretty easy way of getting UCAN in front a good number of them. It could be a really amazing outcome for us and the work that we want to do with advocacy—and ultimately help us achieve budgetary goals that support the university and our ability to serve students.”

As Sands sees it, no other group can be as effective at this as the students themselves. “To get students to play a part in advocacy is a huge step forward,” he says, “because not only are we the primary stakeholders; we are much more powerful advocates than those less involved in the community.”