An international nonprofit reacted to multiple crises in 2020 by using digital tools to spin up response efforts nearly overnight. 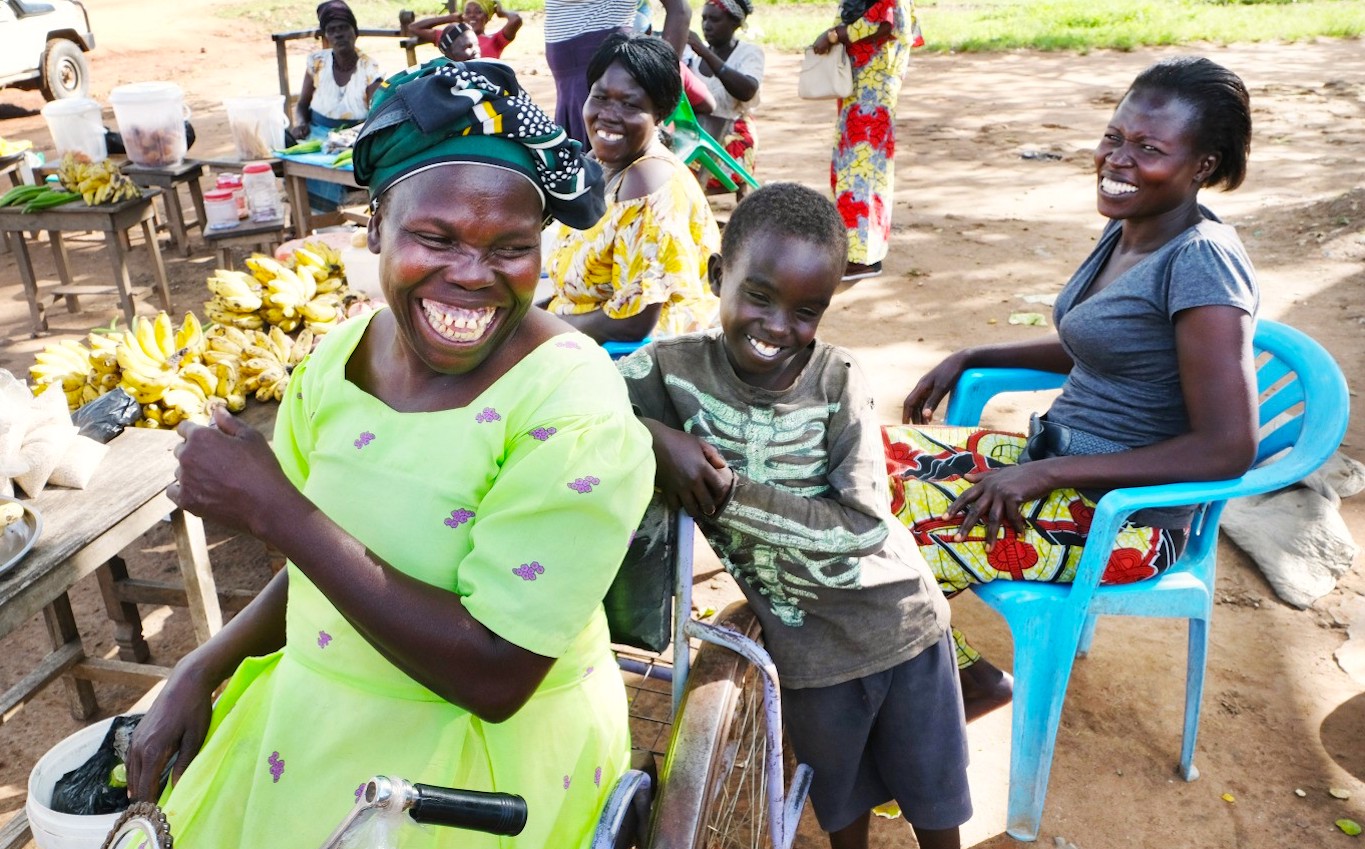 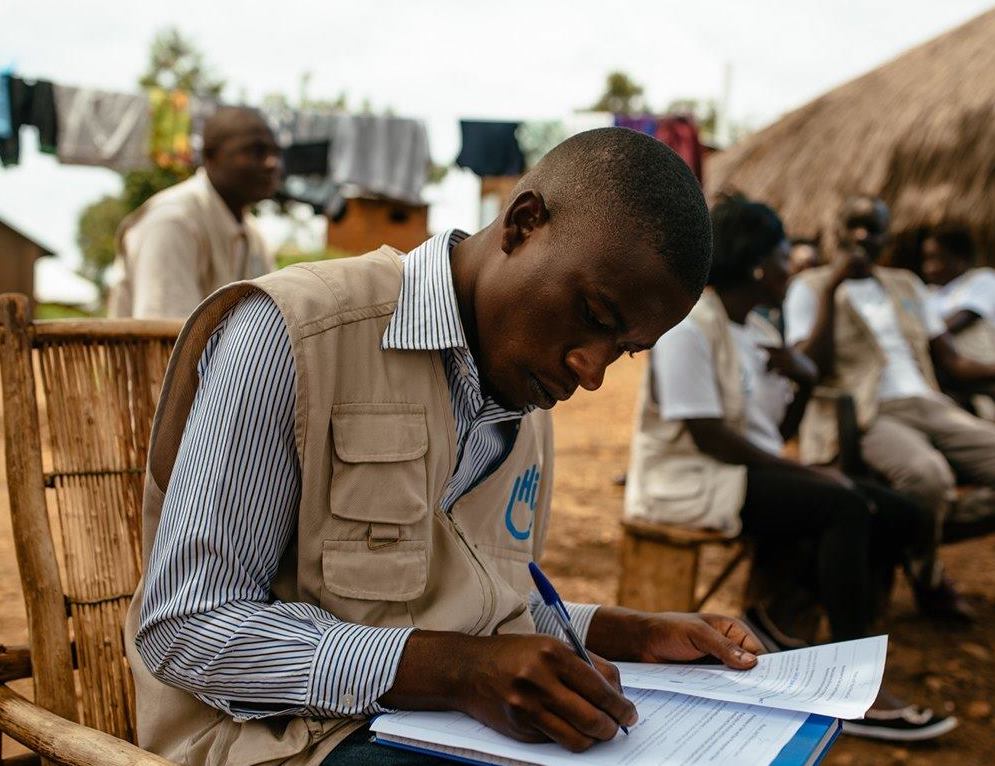 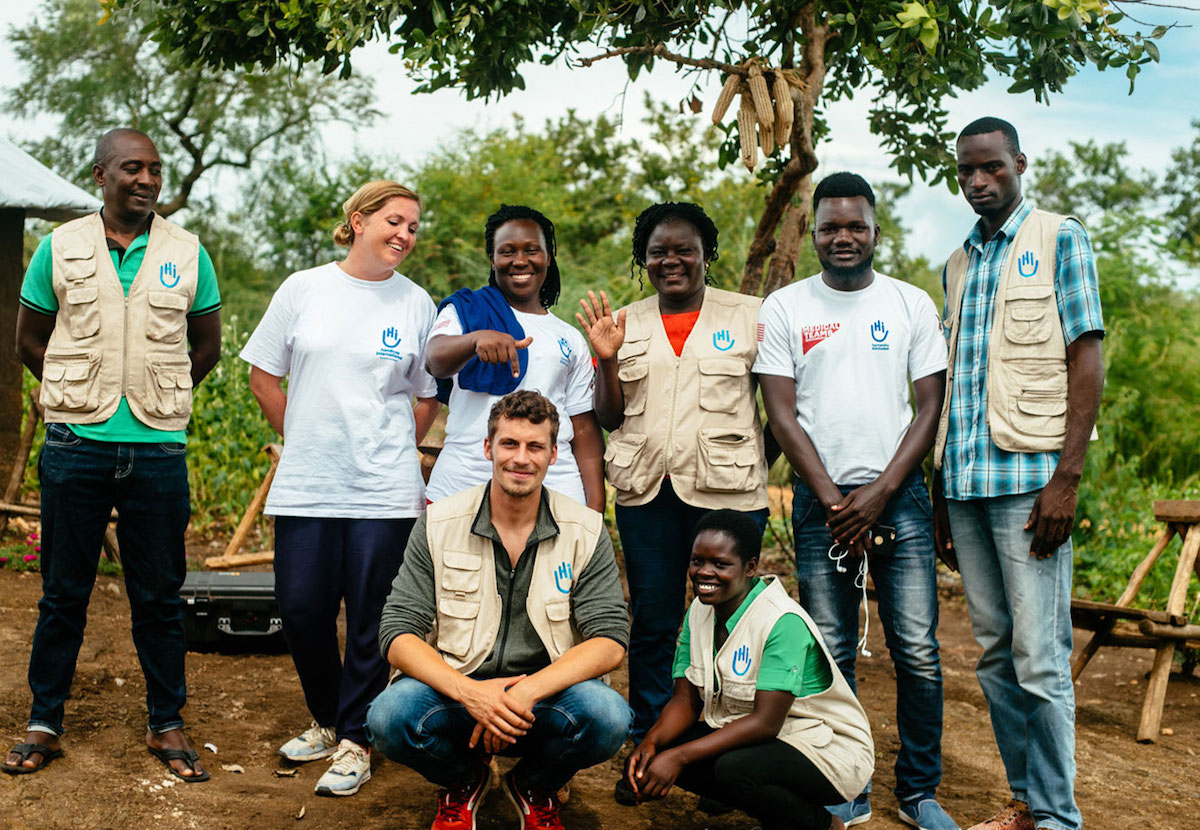 Humanity & Inclusion, formerly known as Handicap International, is a global nonprofit dedicated to alleviating the effects of poverty, exclusion, conflict, and disaster for individuals living in the world’s most vulnerable circumstances. With 4,250 staff members worldwide, they provide support in fifty-five countries to people with disabilities, people with conflict-related injuries, residents of severely impoverished countries, refugees displaced by crises, and so many others––award-winning work they’ve been doing for almost forty years.

Mica Bevington, currently the U.S. Director of Development & Communication, joined the team about ten years ago, when she was brought in to help revamp HI’s website. The organization was soon to be named winner of the 2011 Conrad N. Hilton Humanitarian Prize––the biggest humanitarian prize in the world––and knew they needed to update their tired website to better reflect their impact.  Their U.S. site at the time was copied over from a French site that was circa 2006 and running on an outdated European system. When the time came to make the switch, they turned to NationBuilder for the job.

On what made NationBuilder the right fit, Bevington says: “We were a very small team and we knew NationBuilder would allow us to punch above our weight. The system was super malleable and rather clever. Not only could we pull in our existing database, which at the time was tiny, but we could set up the site to help us catch new email subscribers, and welcome new donors. Seeing how these friends were interacting with our content on the website and on social media without having to have staff balancing information from multiple systems. . . to have it all in one place was really important to us. It helped to give us a clearer picture of the kinds of globally-minded Americans who cared about inclusive development and humanitarian action.”

Since launching their NationBuilder site in 2013, they’ve seen close to a 700% increase in online donations. The increase has largely been due to their ability to stay flexible as a smaller team by quickly launching action pages for emergency responses, sending customized and targeted email outreach to supporters based on their unique interests, and iterating on overall messaging across their site and emails as they continue to explore what works best for their audience.

For example, when COVID-19 first made headlines, HI adapted their original plans for the year to launch their most large-scale, multi-country emergency response effort to date to support vulnerable populations in places like Bangladesh, where refugees are living in overcrowded camps, Togo, where hygiene accessibility is an issue, and the Democratic Republic of the Congo, where a lack of health structure poses higher risks for individuals––to name a few. They’ve also brought online dozens of new projects to combat misinformation about the virus, created employment opportunities through mask-making, and distributed valuable resources, including cleaning products, to help protect people from the virus. Their COVID-related efforts have ultimately reached more than two million people struggling to cope with the impact of COVID-19 all over the world. 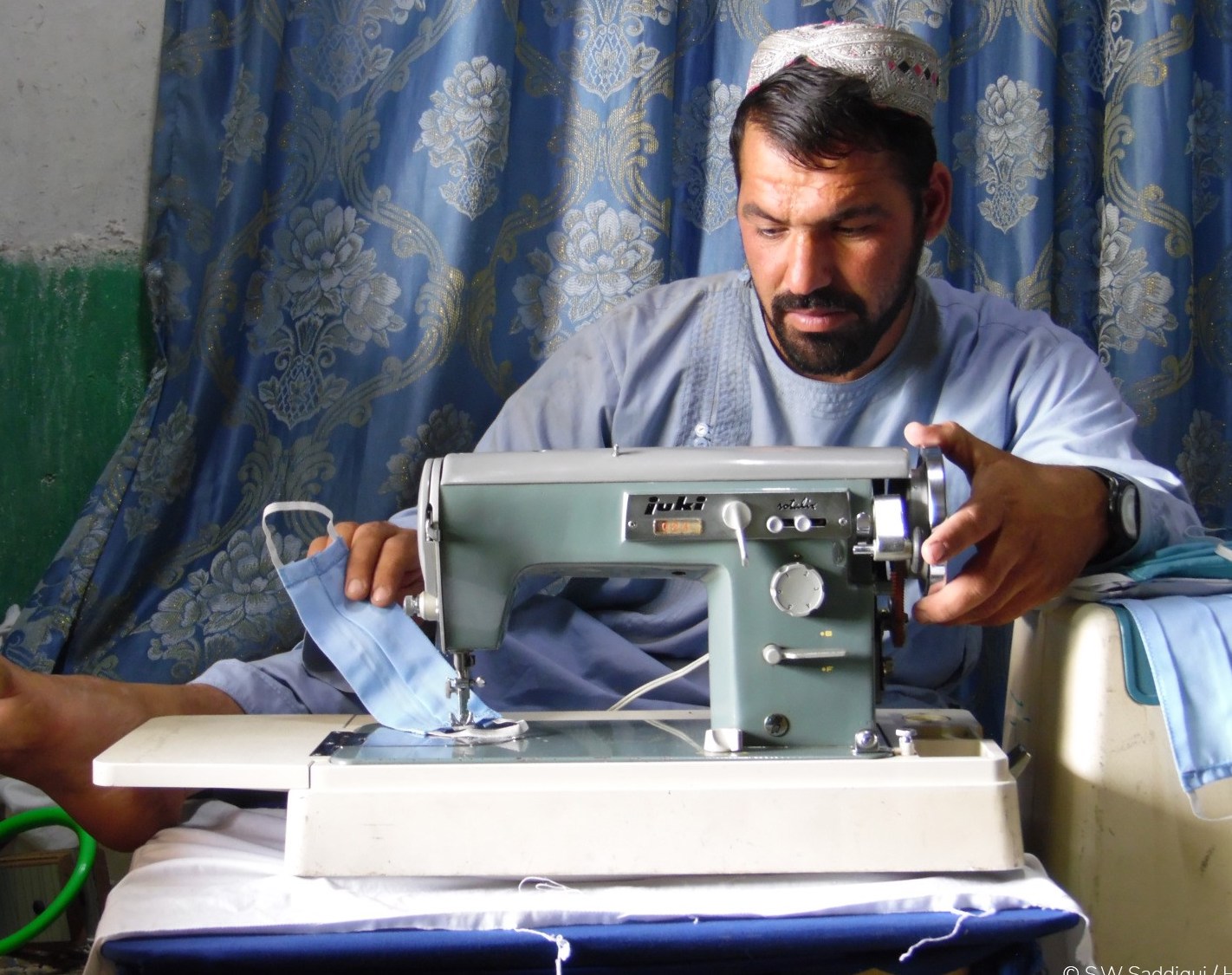 On their ability to quickly switch gears amid the unfolding pandemic, Bevington says: “Like the people with disabilities we have the benefit of working alongside all over the world, HI is known for problem solving to break down barriers. [We break] down barriers so we can deliver aid along roads wiped out by landslides, encourage local schools to welcome children with disabilities into their classrooms. . . COVID-19 was the same in that the organization had to retain its permission to act throughout a pandemic that was forcing countries to regularly lock down communities to slow the virus. We had to shift existing projects, like physical rehabilitation, to ensure we could safely help these individuals build strength and mobility.”

Then in August of 2020, they were faced with another crisis-response when the Beirut explosions left thousands of people injured and buildings destroyed. The HI team in Lebanon reacted quickly to local needs, but they needed more resources. The global network launched an emergency fundraising appeal, which put the U.S. team into high-gear the morning after the blast. Within ten minutes, they had launched an emergency donation landing page, and soon after had launched email appeals. Ultimately, that quick work helped 1,200 people learn about HI’s response and make the choice to become HI donors for the first time. The donation and landing pages were regularly optimized to take new donors on a journey where they could learn more about HI and how their contributions were going to work in Lebanon to help people with complex injuries, and so many others with mental trauma following the disaster. For many new supporters, it was the first time they learned of HI’s ongoing work supporting Syrian refugees and its demining work in Lebanon.

With the organization focused on everything from emergency response work to weapons removal to inclusivity in schools in places like Rwanda, Ethiopia, and Nepal, the interests of their supporter base vary widely, and getting to know each new supporter as they come in has been key in their ability to engage them long-term.

“We know who our people are. . . it is so important that we take stock of what it is they're interested in and tell them the stories that matter to them,” says Bevington.

To help further their efforts toward reaching the right people in the right ways, the organization conducted a message-testing campaign (thanks to a pro-bono engagement with Austin, Texas-based MightyCitizen to mark their 20th anniversary) this past summer. The campaign focused on testing three ads which varied in tone across Facebook and Instagram. Once a supporter signed up on hi-us.org , they’d receive a corresponding automated email drip via NationBuilder. The campaign left the organization with a clearer understanding of the kind of messages and creative that are most  effective for their target audiences as they head into 2021. 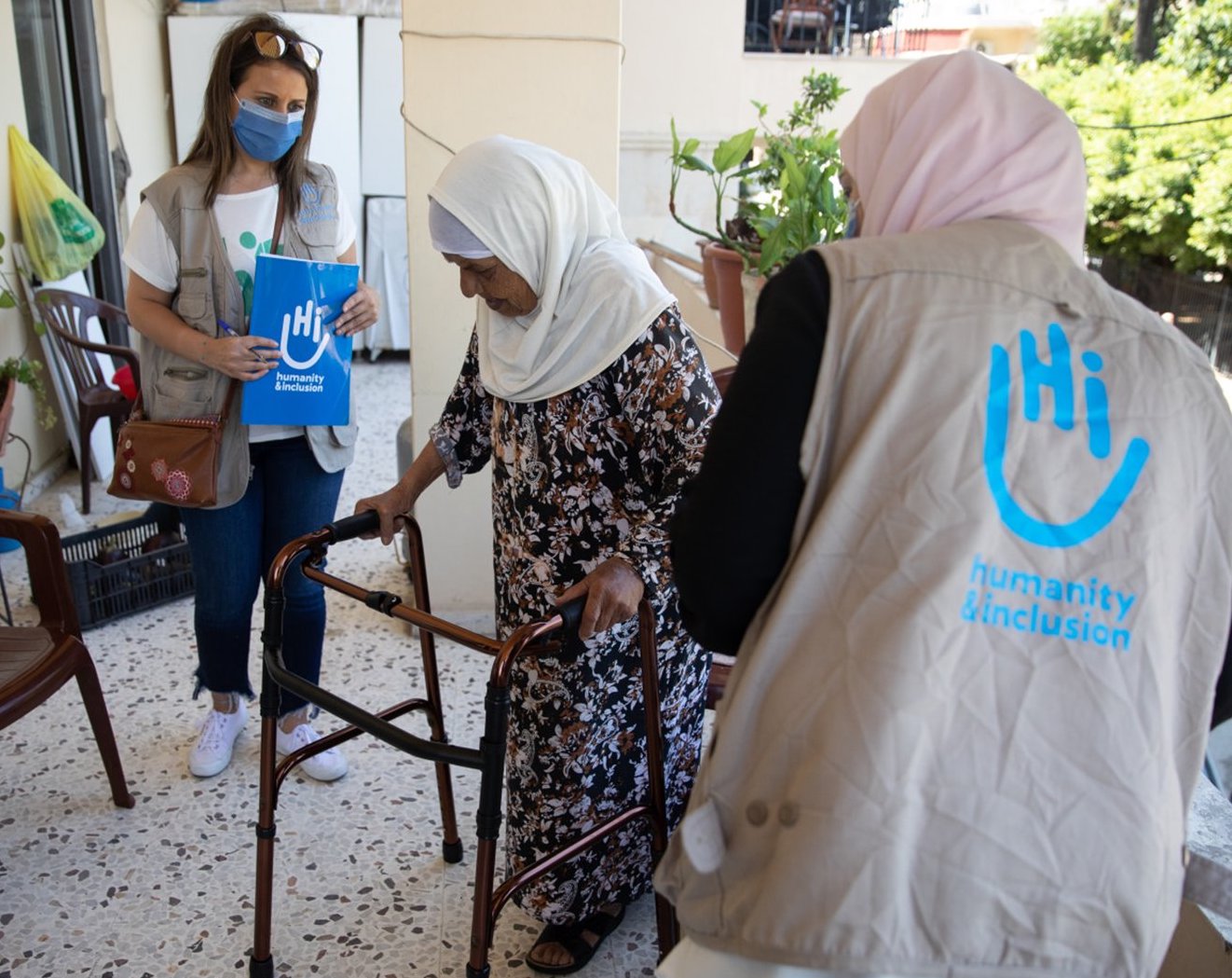 As they kick off the new year, the team is planning to dedicate more time to the conversation around weapons––largely in the U.S. Their first priority is advocating to the new U.S. Administration to reverse a policy from early 2020 that allows the U.S. military to once again use landmines. Their hope? That the new administration will go further, and push for the U.S. to join the global treaty banning these weapons. Alongside that work, they’ll be putting added pressure on the government to address the bombing of civilians in populated areas. The latter involves a new Political Declaration being drafted to encourage countries to agree to avoid the use of explosives with wide-area effects in populated areas.

“When these bombs are used in cities or in populated areas, 90% of the people who are injured or killed are civilians. There's no use [for] a big, heavy bomb in a populated area. These are bombs that were originally built for use in old-fashioned wars, fought in empty fields. We're urging countries to join this political declaration when it is complete (later in 2021). . . And throughout all of this, we will still have teams working amid and against Covid-19, we will have teams delivering aid and care following big storms or earthquakes. But in terms of the efforts that we'll be making to shift thinking and to change policies, it'll be around weapons this year,” Bevington says.

Humanity and Inclusion’s accomplishments in 2020 have proven their commitment to carrying out their mission––no matter the circumstances. They look to the future knowing that, whatever comes their way, they’ll be ready to adapt and continue to support the people around the world that benefit from their powerful work.