A veterans affinity group used NationBuilder to turn a post-Harvey text outreach into a full-scale search, rescue, and relief effort for the Houston community they’d served for years. 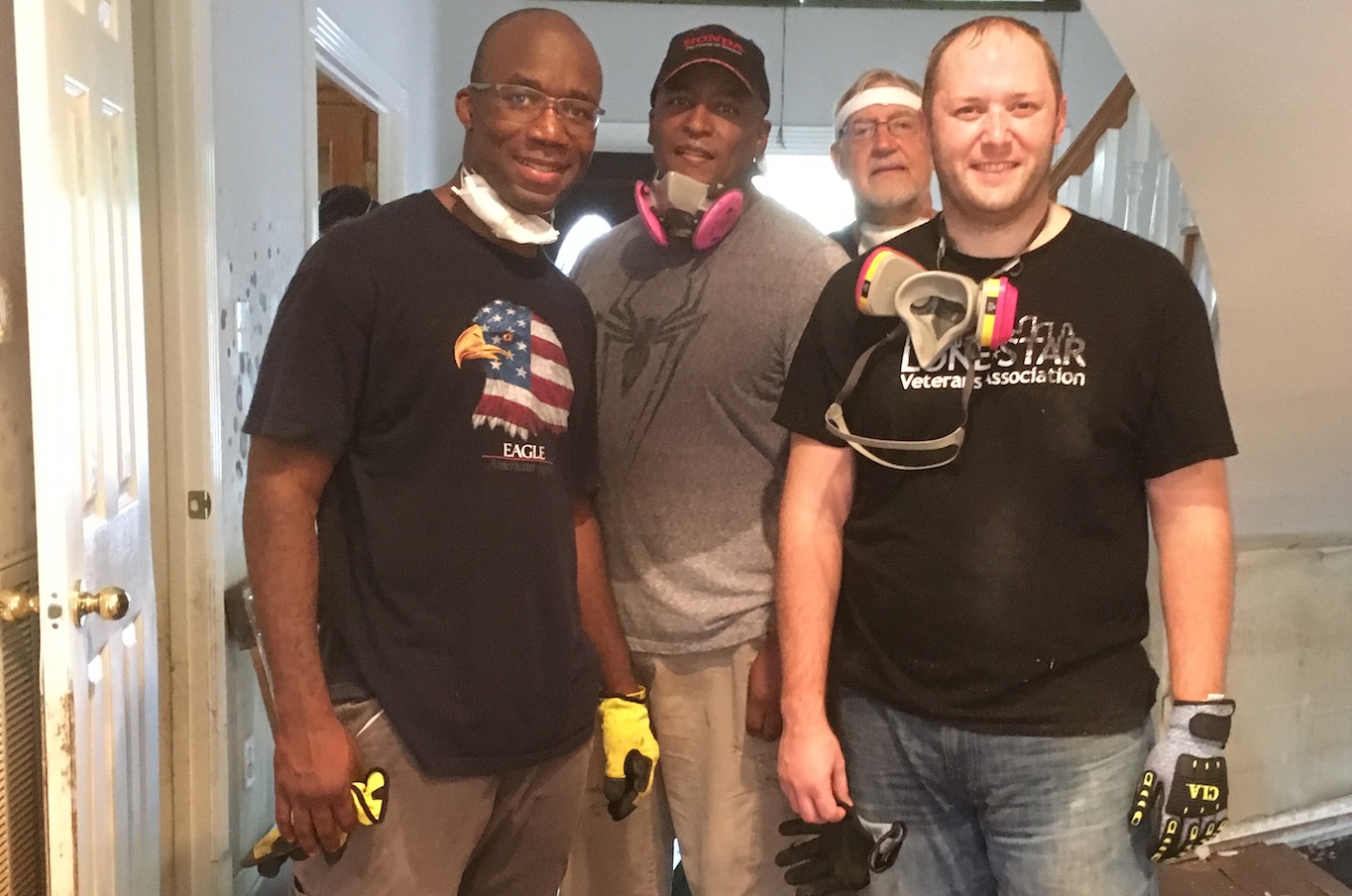 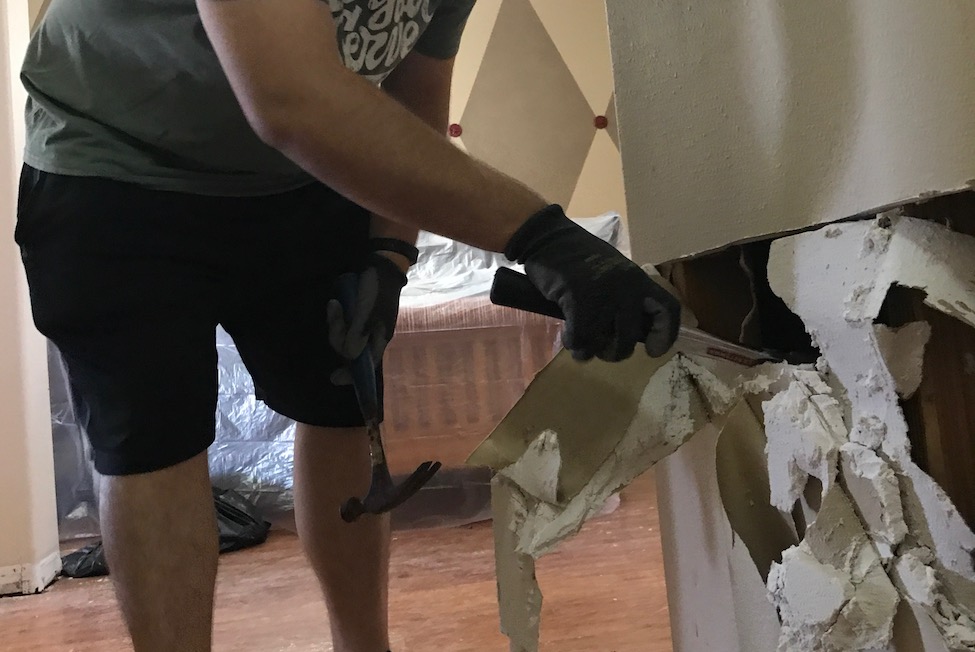 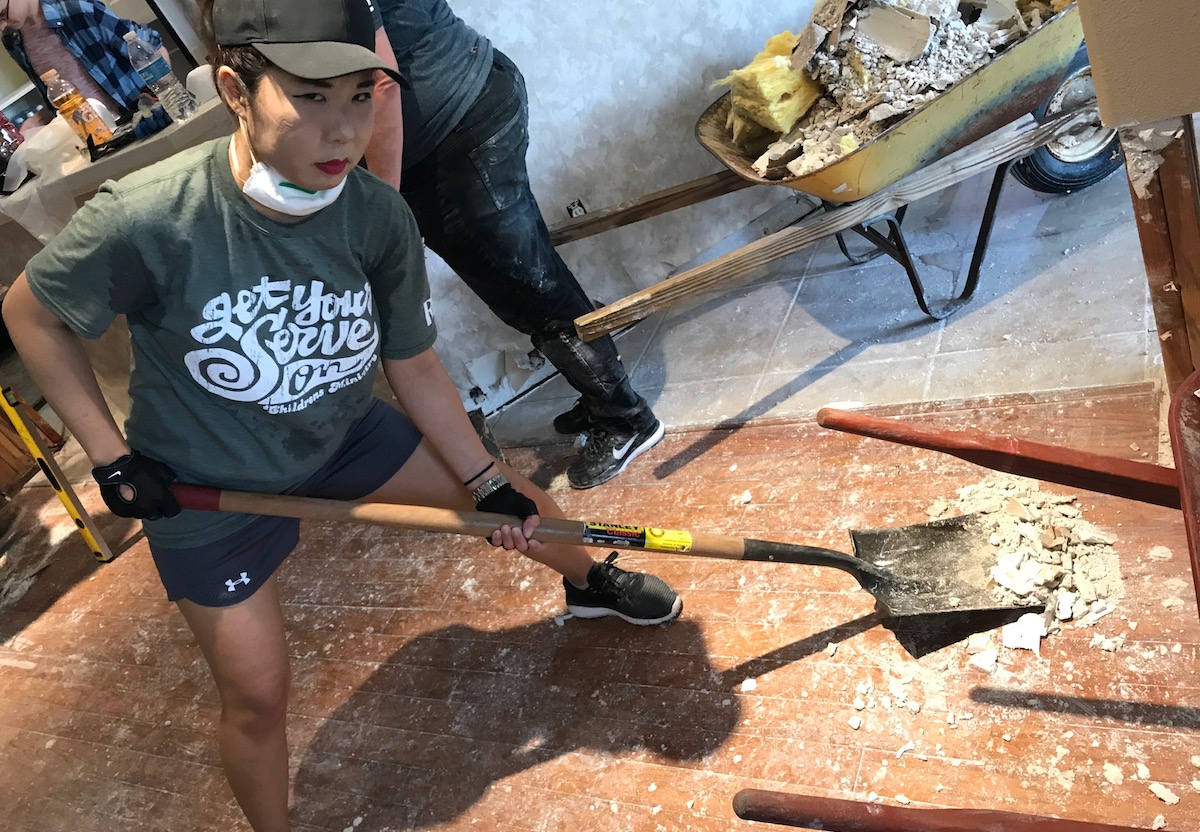 In early October 2017, someone emailed our Support team with a link to his self-published LinkedIn article telling an incredible story: that of a veterans affinity group who turned a post-hurricane text outreach into a full-scale search, rescue, and relief effort for the Houston community they’d served for years. That person was Kevin Doffing, Executive Director at the Lone Star Veterans Association, and what he accomplished during the two weeks that his organization ran an impromptu hurricane response call center was inspiring. With 150 calls per day (at a 90% response rate), they’d managed to contact more than 9,000 members of their community, deploy more than 200 volunteers, perform sixty rescues, and almost 300 muck-outs of flooded homes. Catch a Houston Public Media interview about LSVA's efforts here, and read on for a snippet of the conversation we had with Doffing about his organization and the work ahead.

Jane St. John: Since you’ve already done such a great job of chronicling the work your organization did in the wake of Harvey, I’d like to get a sense of your goals and what your day-to-day work looks like.

Kevin Doffing: Our organization is based around servicing the new generation of veterans, what we commonly in the industry call post-9/11, veterans who have left the service after the towers fell and were originally Iraq and Afghan vets . . . The intent of the organization is about building community. So where NationBuilder works out really great is that we have this functional, decentralized leadership model of getting our leaders out into the field and working with people and running their own events, so it’s similar to canvassing and creating different advocacy campaigns.

We’ve seen a lot of really great traction, and the vision of the organization is to be an alumni network for veterans, so we’re the new unit when you leave the military. We focus on advancing careers and strengthening families, and we do that in a very fun, positive, and inclusive way. We operate the state’s only veteran LGBT group, the city’s only veterans’ spouse group, the city’s only veteran entrepreneur group, and veteran Christian group. It’s a very diverse group, but I think of it as one tent, many tribes.

As long as we’re all focused on these positive images of veterans. My original draw to the organization was the fact that I didn’t tell people I was a veteran because there were really two images of veterans out there, and there still kind of are today: that veterans have to be either charity cases that all have PTSD, or they have to be some kind of war hero. Neither one is true, but there weren’t examples of being really great business owners, parents, friends, community leaders, or executives. What I liked about LSVA was that it challenged that notion and promoted a lot of really positive engagement in the community with veterans, not as resource consumers, but resource providers.

We all have this shared experience of military service, but one brushstroke doesn’t paint any of us. I’m probably not a great example of inclusivity as a middle class, six-foot-two white guy, but the military is actually a perfect cross section. It’s such a unifier, and we’re able to go into deeper relationships and conversations immediately, just through our veterans [staff]. Then you start tying in other affinities, like the ones I’ve mentioned, or even professional affinities—we have a veterans group in energy, real estate, financial services, and we’re looking at human resources. Because most people strongly identify through their profession, we’re able to reach really meaningful relationships and engagements in a much expedited fashion that way.

JSJ: After the work you did in the Harvey recovery effort, what’s next? How have you been building on the momentum you created?

KD: We have this big, vetted database of people who are in need, and every time I think, ok, we did a call center for two weeks, there’s an established disaster recovery effort in place, let’s just hand off, we’re seeing that with Harvey, the need exceeds the capacity of existing organizations. Even as I’m like, “we’re done with that, we’re back to community-building and running socials and all these different things,” [we’ll have] an anonymous donor reach out and give us a six figure donation to do financial assistance, another donor giving a five-figure donation. We’re funneling applicants to those opportunities because, at first it’s like, the rescues are done, but now we need to do muck-outs; then the muck-outs are done, but now they need drywall; then they have drywall, but they need furniture; now they have furniture, but they’re almost bankrupt because they were living in an apartment at the same time they were paying a mortgage.

We’ve seen this constant evolution of need as we peel back that [means it’s] going to take months, if not years, of working with our members—both veteran and civilian—who were impacted. There are times where people that were in medium- to higher-income groups are devastated, but disaster relief organizations are focused on lower incomes. So, there’s people who need help, and there’s also a mental health and welfare piece that’s being ignored if you’re in that middle class. We’re trying to make sure that, regardless of income level, people aren’t left behind. It’s challenging.

When I see people we’ve known for years who have been devastated and won’t ask for help—they’ll talk to us because we’ve been engaged in their life as community-builders for the better part of a decade—almost break down in tears about how they’d never asked for anything but needed to, and couldn’t, that’s melted my frozen heart. We’re pursuing that more and more.

JSJ: It sounds like you built some really great relationships with volunteers during the time you were running the call center. How are those relationships evolving and what are the ways that you want to continue to mobilize them?

KD: We’re getting a lot more volunteers, and the thing I try to drive people to is the financial assistance. It’s where people want to make an investment in the organization, but I try to explain that it’s a need, it’s not an investment, because if you’re going to give me $10,000, I’m going to put $10,000 back out there. I’ve already expended the time and energy vetting and assessing so that I can go back to someone and say, “Look, fill this out, send some pictures, I’ll send you a check.”

We’ve already done the work in an unvarnished sense, but the reason the organization has been able to do what we’ve done is because of the years of community building and trust that we’ve been able to engender in the veteran population, which is typically a very untrusting population. Having a 90% call rate is largely dependent on the fact that we did text blasts, which we never really touched on before. Typically you have a 10% answer rate, if that.

I’ve seen a lot more volunteer engagement, and I think we’re going to be able to build out our affinity group program faster. We asked for an eighteen-month commitment with about six to seven hours of volunteering per month from our volunteer leaders, which is a great opportunity for them to exercise those leadership skills. We also funnel them into other organizations in the city, like Project Blueprint or Leadership Houston, which now fulfills our vision of promoting people as leaders-comma-veterans, not veteran leaders. It’s going to be interesting when I have time to breathe and sit back and reflect on what all the long-term impact on volunteerism this has.

I was really worried during all this, when I would take a breath during the call center, and just think: 66% of our revenue comes in the fourth quarter, and 10% of our revenue comes from one golf tournament that is currently under four feet of water. The golf tournament was a month away, and I was like, “Are we going to survive this?” [I wrote] the LinkedIn article, [sent] it out, and am trying to do a better job telling our story, because the thing that I found once I got into the day-to-day is that I was amazed with what the organization had done that I never even knew about in three years on the board. There were success stories that just weren’t being captured, organized, and messaged in a tight narrative. I’ve already seen with this and a few other things, [that] I’ve got two other media interviews, some random donations, and somebody wanting to fund us. I was worried about how our development was going to happen, but it’s like, “Oh, we just need to tell people the good things we’re doing.”

None of this would have happened if we didn’t use NationBuilder. Being able to map out and turf cut and capture notes, have multiple sign-ins . . . The fact that [profiles are] tied to people’s social media accounts and we tag people as they attend events [meant that] we had a history before we even called someone for the first time. Even if they texted in, “Hey, I need help,” we could go back and go, “Ok, they’ve been attending events in Southeast Houston, we know that’s been hit hard; it looks like their address is from when they got out of the military in Nebraska but they’re obviously living in Southeast Houston, let’s make sure we update this.” There’s so many facets of the program that we use that we couldn’t have done with other systems.