A multi-year fight for LGBT rights in Switzerland culminates in marriage equality for all. 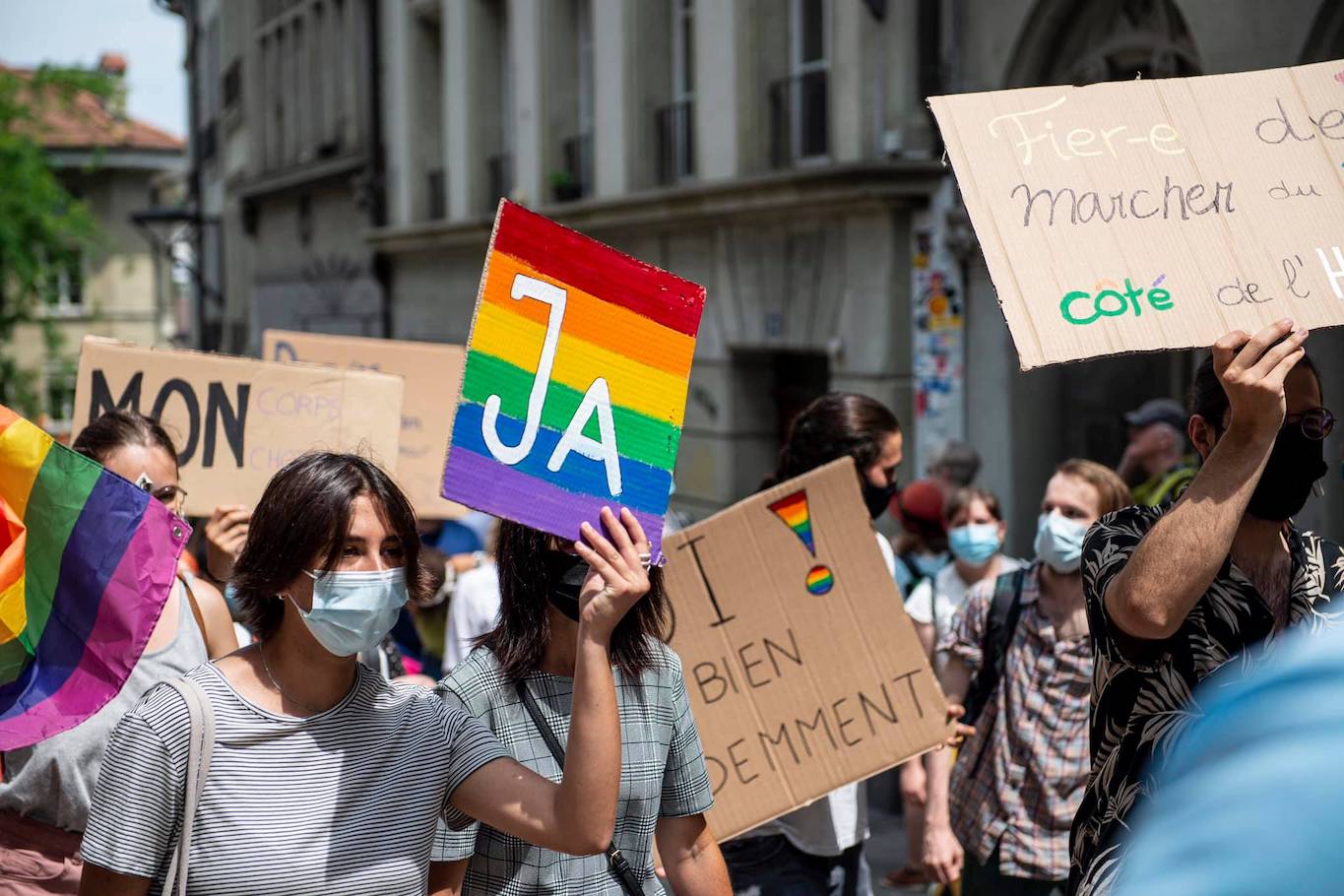 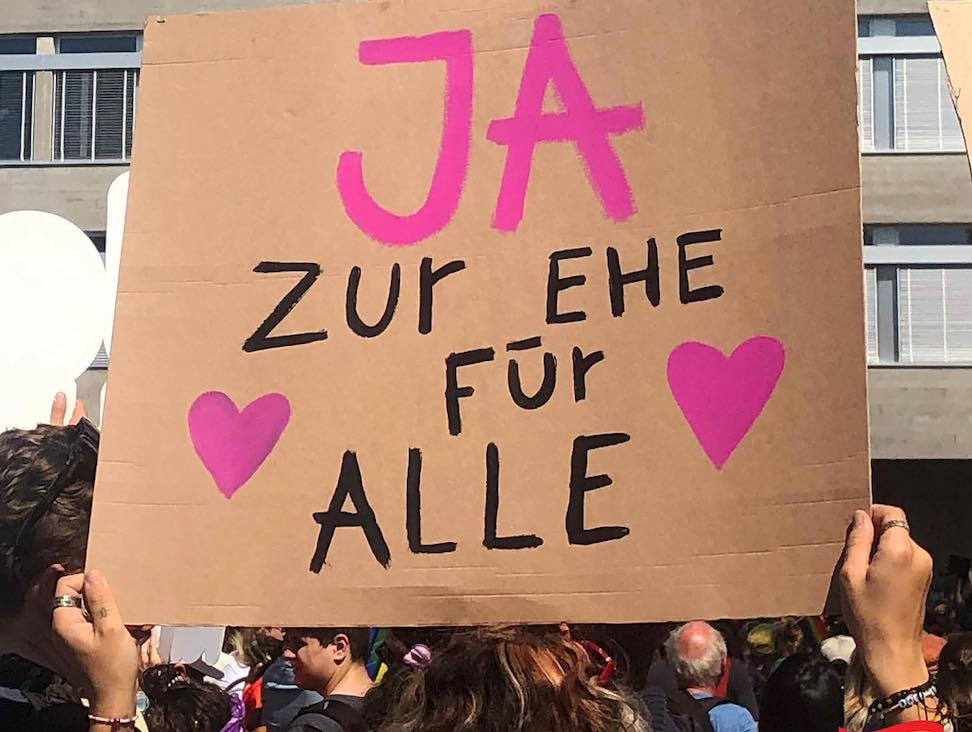 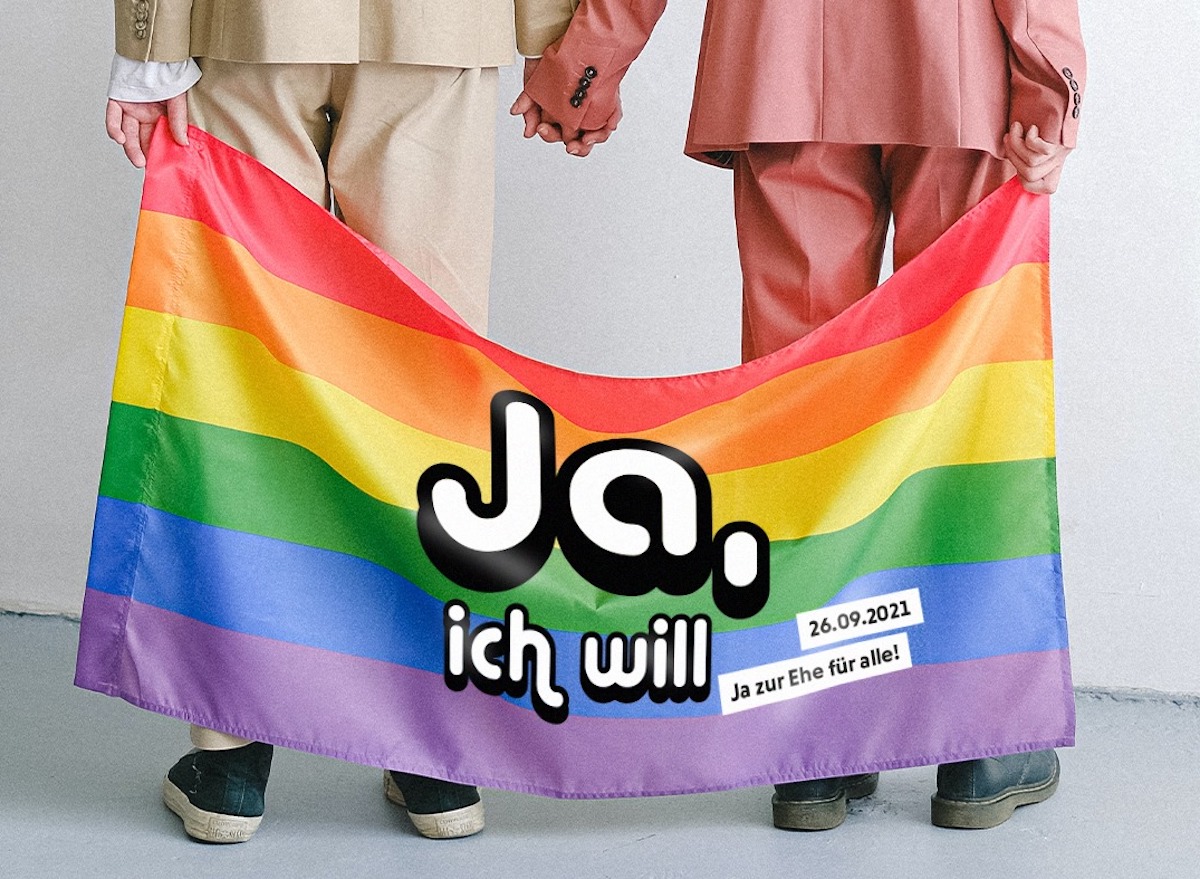 In late 2018, the Swiss Parliament decided to implement stricter laws to make discrimination based on sexual orientation punishable. In the months that followed, a right-wing group collected over 50,000 signatures opposing the law—the amount required under Switzerland’s practice of direct democracy to put the new law to a popular vote. In response, a coalition of LGBT advocacy organizations launched their campaign, Diskriminierungsschutz, meaning “Protection Against Discrimination,” to encourage citizens to vote “Yes” on the law.

At the time, Alessandro Iacono and the team at digital/organizing, a NationBuilder strategic consultant that works on digital strategy and organizing operations for political campaigns and NGOs, connected with a few former colleagues who were part of the campaign. In reviewing the campaign’s needs, NationBuilder was the clear solution for carrying out their outreach, database management, volunteer engagement, and get-out-the-vote efforts.

They kicked off their work together with a full-day workshop to arrive on the messaging, fundraising goals, and overarching digital strategy for the campaign. From there, they shifted focus to helping the campaign identify the right people for their team. With the team locked in, they could move on to the bigger lift—building out the supporter community. Through videos, digital ads, email outreach, and more, they started to see that work pay off. But one tactic stood out in particular: giving away free flags.

Soon, rainbow flags hung in balconies across Switzerland, and the campaign’s list growth reflected the overwhelming support. In just a few months, they’d recruited 40,000 supporters from scratch. In addition to engaging the community in a creative way, the flags served as a great means of collecting key supporter data. When someone ordered a flag, it was easy to ask for their information using sign-up pages, then follow up via email or direct mail with an ask around fundraising.

Reflecting on their engagement strategy, Iacono says: “I think that's the most important thing. . . to let people know they do make an actual difference because nobody wants to be engaged in something and have no idea if it's working. What always helps in our campaigns is to share our plan letting them know what we're doing and what their part is in the entire campaign strategy and how crucial their work is to the campaign’s success.”

In February 2020, following extensive advocacy from the Diskriminierungsschutz campaign and its powerful supporter base, the law was voted on and passed, making discrimination based on sexual orientation illegal. While this was a major step in the right direction, the fight for LGBT rights in Switzerland was far from over. Later that same year, the Swiss parliament proposed yet another long-awaited law for the LGBT community, one that would allow for marriage equality. By April 2021, right-wing organizations once again collected the signatures needed to put this law to a popular vote as well. Anticipating this outcome, the LGBT coalition had already started preparations for a new campaign, “Ehe für alle”—in other words, “Marriage for all.”

Working with the team at digital/organizing, the Ehe für alle campaign hit the ground running. This time, they had the added advantage of an existing community of highly-engaged supporters, along with a strong digital infrastructure from the previous campaign. After the massive success of distributing flags for the Diskriminierungsschutz campaign, they decided to lean into the same strategy for “Ehe für alle” and rebranded the flags for the new campaign. Very quickly, their supporter list nearly doubled from 40,000 to 70,000.

They optimized their supporter flow by asking questions on each new sign-up’s skill set—like if they knew how to edit videos, create graphics, code, and more. Then, with tags that were automatically added to each supporter’s profile, they could easily see this information and segment outreach to different supporter audiences in their database asking for help.

Alongside these efforts, supporters on the ground engaged in peer-to-peer outreach, reminding friends and relatives to vote. On this, Iacono says: “There were small committees on the local level that organized their communities to reach out to as many people in their region as possible through written postcards, events, and so on. While the plan was centralized, the work was distributed. . . and it grew quite organically. The campaign led the way, but a huge amount of GOTV work was done by the community of supporters and their own networks.”

In September 2021, the law to legalize same-sex marriage passed. It was an overwhelming win, with two thirds of voters backing the proposal, including those who were traditionally socially conservative. In line with tradition, the campaign team and its volunteers celebrated in Bern at the Abstimmungsfest—meaning “after vote celebration”—commemorating a historic milestone for LGBT rights in Switzerland.

A nonprofit foundation celebrates major strides for their community’s advocacy efforts across the country.