Jagmeet Singh leads a national party with love and courage

After an innovative, memorable, and unifying campaign, the New Democratic Party made history by electing Jagmeet Singh as the first person of color to lead a national party in Canada. 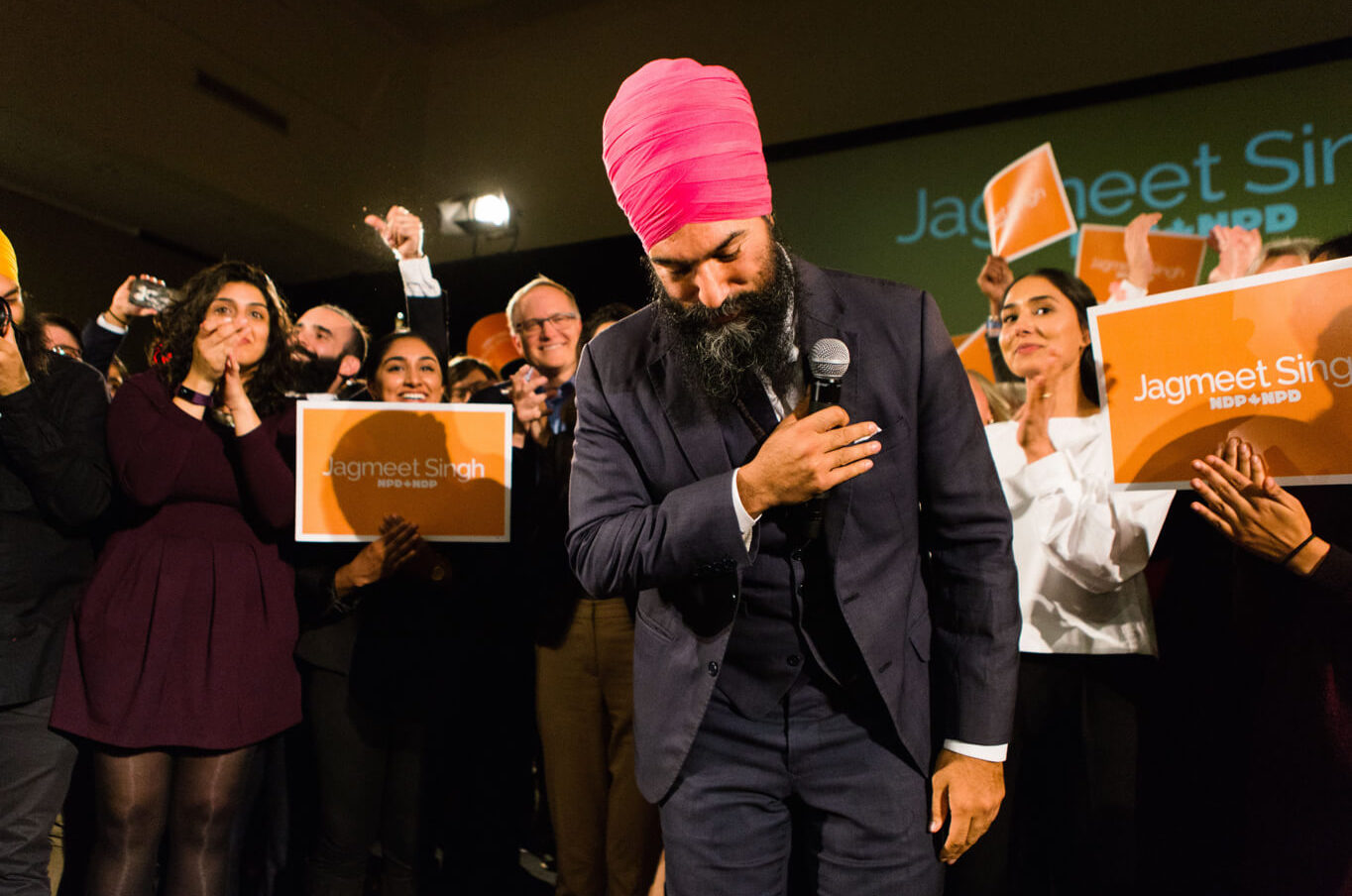 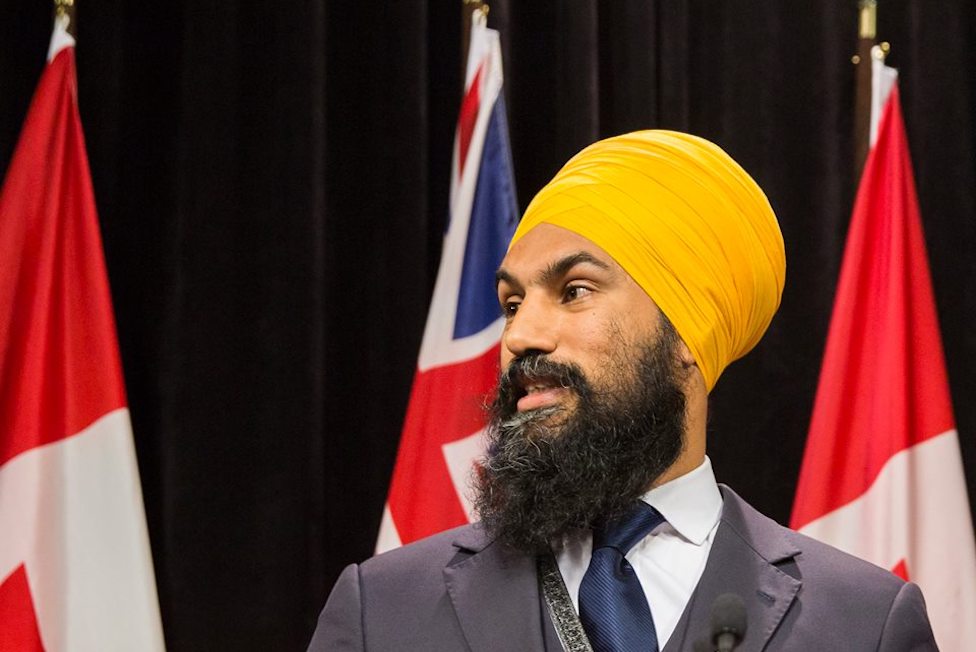 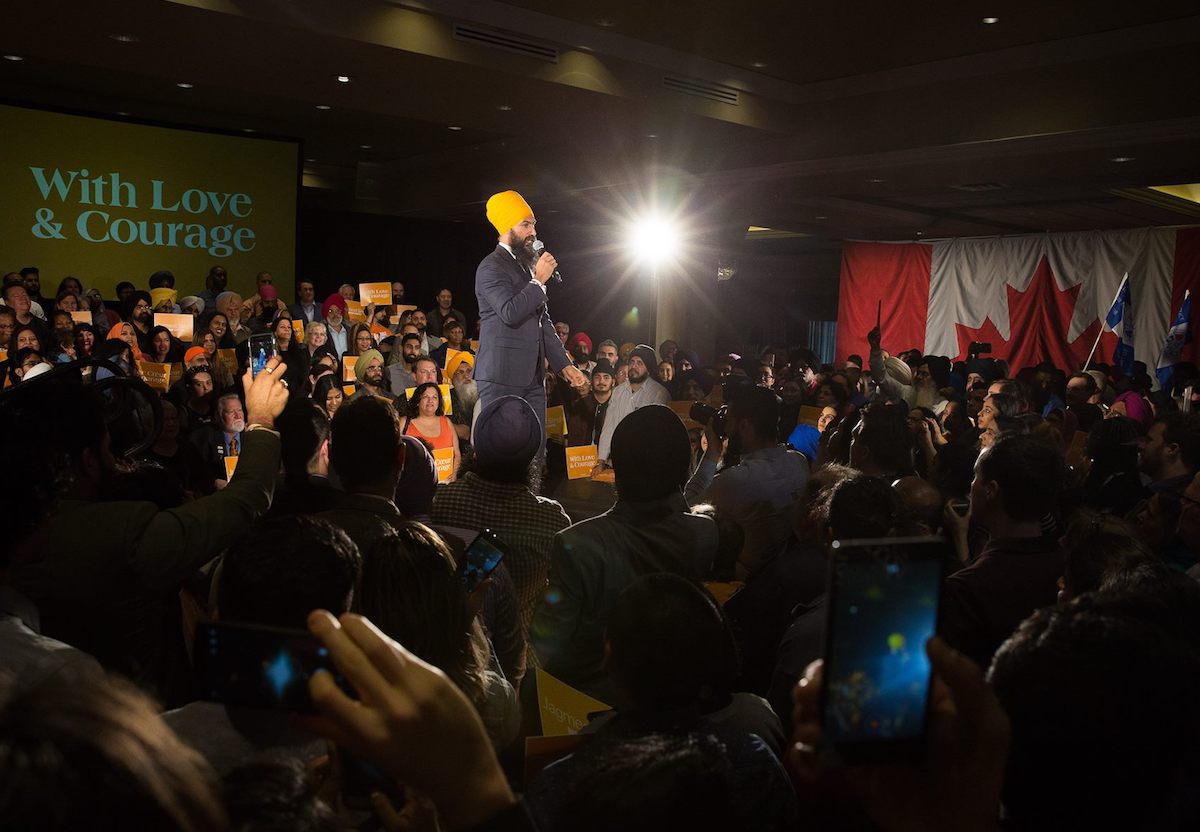 Last September, a video made the social media rounds as an example of how to diffuse tension in the face of an angry heckler. In it, Jagmeet Singh, then Ontario MPP and leadership candidate for Canada’s New Democratic Party, responds to a woman who has rushed at him, interrupting his town hall meeting, with the following refrain: “we welcome you, we support you, we love you.” When she eventually leaves the stage, Singh reassures those gathered that, “growing up as a brown-skinned, turbaned, bearded man, I’ve faced things like this before . . . There’s going to be other obstacles we’re going to face, and we’re going to face them with love and courage.”

The Brampton, Ontario event may have been the most famous “JagMeet and Greet” of the election cycle, but it was emblematic of the radically inclusive approach Singh and his team employed throughout the campaign—an approach that would ultimately lead them to a decisive victory and make Jagmeet Singh the first person of color to be elected leader of a major Canadian political party.

The spirit of inclusion extended to the campaign’s digital presence as well, as our partners at cStreet highlighted in a recent blog post. Before Singh had even announced his candidacy, his team was busy building a NationBuilder site in partnership with cStreet and other innovative architects from the NationBuilder ecosystem. “We helped the campaign set up their site with landing pages that capture email addresses and phone numbers before going to the membership page.” says cStreet Co-Founder and CEO Amy Leaman. “This allowed them to follow up with anyone who started the process but didn’t complete it, while educating them on the voting process at the same time.” And, bringing it all together was a digital infrastructure they could trust with their database while their campaign picked up speed. 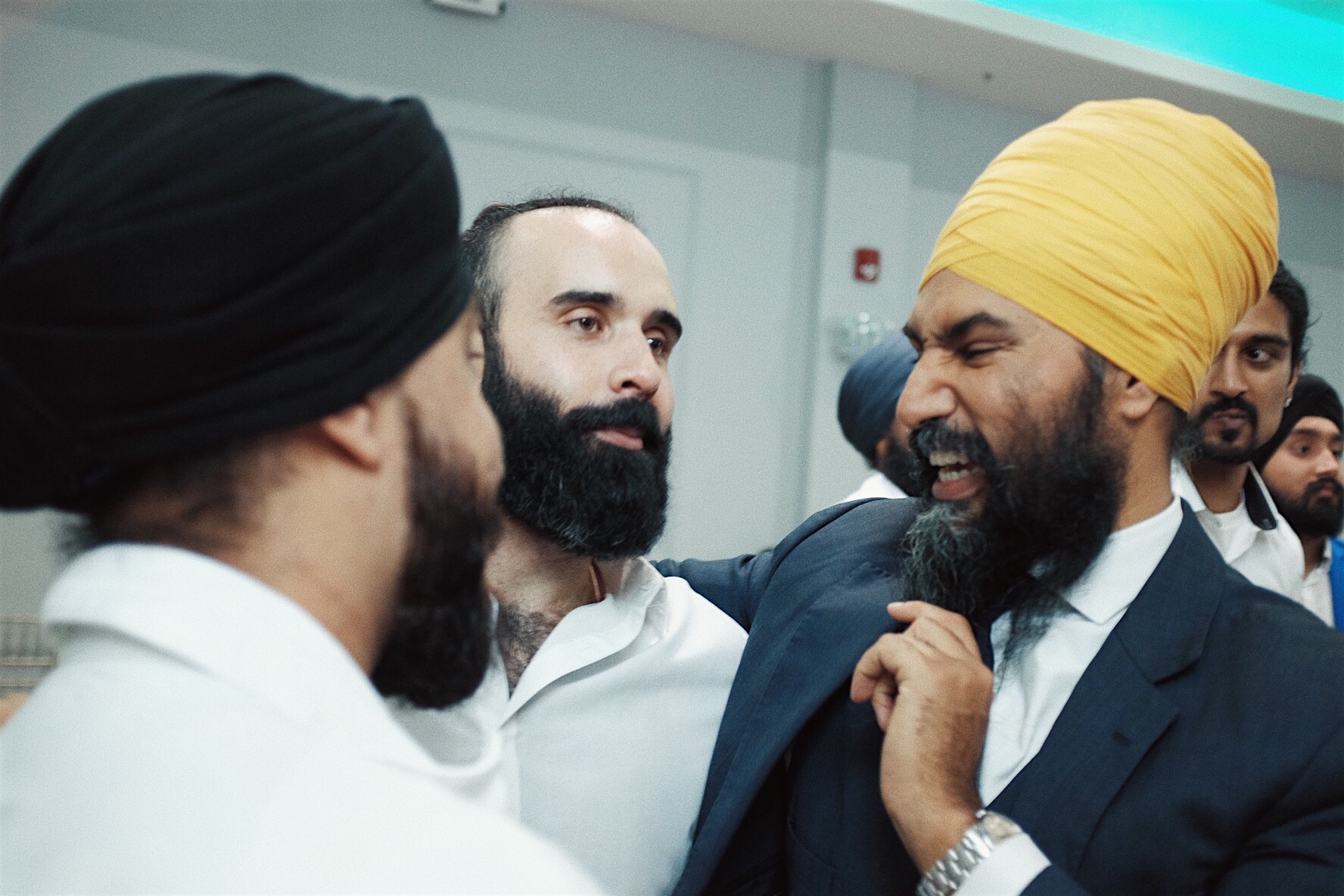 “Our NationBuilder nation was in so many ways the central hub of our digital strategy. It powered our ability to harness the momentum we built over the course of the campaign, across platforms and tools. Whether it was our use of Hustle, Slack or any of the tools we used, we relied on our nation to be the main processor of our incoming data, and also our record of truth during the get out the vote (GOTV) phase.

We knew that the only way we were going to win was to sign up tens of thousands of new members, and that would require us to organize and process an incredible amount of new data. But it also required us to ensure our digital points of entry were tied to data workflows that were as automated as possible, and served our purposes. So using paths, drip emails and other features to move volunteers on to Slack, or get new supporters connected to their regional organizers – NationBuilder allowed us to move many people, quickly, to meet our goals.”

To move so quickly and efficiently, Singh’s team leveraged tools of the trade used by tech companies as well as winning political campaigns. Here’s how it looked from the perspective of Victoria Cross, Customer Success Manager at NationBuilder. “All of a sudden, they went from zero to sixty. A cutting edge digital strategy that pulled together NationBuilder, Hustle, and Slack enabled the campaign to go all in on grassroots community engagement. They met people where they were at in many different ways, providing multiple ways for people to engage. For instance, instead of doing traditional phone banking, they did text banking. Rather than having people check in from home, they organized text groups, ordered pizza, and had people get together for their text message shifts."

"While the tech had a huge impact," Cross goes on to say, "Jagmeet’s campaign did two other things incredibly well: it put people at the center and leaned into the controversial nature of his candidacy. It’s rare to, as a political candidate or party, truly distribute leadership and give people the tools to take your story and run with it on your behalf. He actually did that, embodied it, and united people from across different political spectrums and organizations—and he won because of the community that they pulled together. He also had a strong personal story, proudly owned it and, importantly, gave supporters the resources to share it in their own communities.”

In a recent Instagram post with musician Post Malone, Singh shared that he listened to the artist’s song “Congratulations” every day for the duration of the race. The reason? “Something about the bravado laced confidence of the track touched on the spirit of our campaign.

We were setting out to achieve something that had not been achieved in the history of our country. It takes a little bravado to do that.” 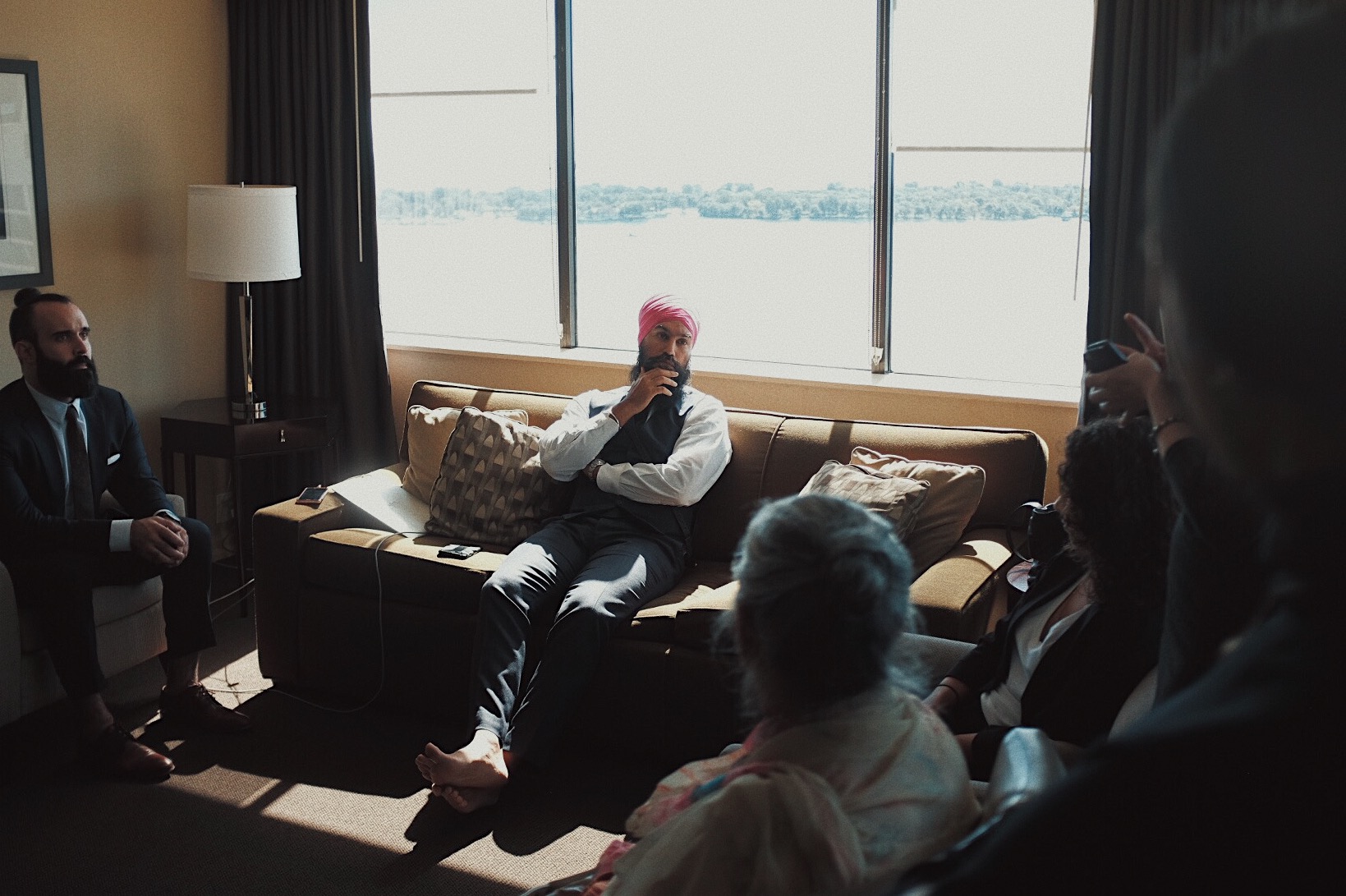 “I had the unique experience of working with Jagmeet’s team at the very beginning of his campaign when I was a NationBuilder Organizer, then later, as an Enterprise Account Manager at the close of his historic race.

What was most memorable to me was in one of his victory speeches, when he talked about how, and with good intention, some people would say, ‘you’re not going to win unless you shorten your name or edit the way you look’. He didn’t do any of that. Instead of going on the defensive, he tested assumptions and welcomed everyone into the fold.

It's powerful to see him succeed while staying true to who he is. In the Sikh faith, there is the philosophy of being a saint-soldier. You defend and fight for the rights of others before your own, even if they've done the opposite to you. In embracing the whole of his community—not just those who agreed—his campaign personified that belief.”